JAKARTA, KOMPAS.com – Even though it is still in a Covid-19 pandemic condition, sales used car towards the end of the year began to crawl up.

For those who are looking for a used car, it’s better not to be too passionate when choosing a unit. Make sure the car is in really good condition, not only visually and engine, but also regarding the paperwork.

Now, regarding letters, it is not just BPKB and vehicle registration only, but a complete check about taxes and importantly make sure the status of the car is not a problem.

Also read: Portrait of the Phenomenon of Downgrade Used Cars During the Pandemic

The reason is, there have been incidents of used cars that consumers buy when they want to reverse the name have turned out to be problematic. Open because of taxes, but car registration blocked because they do not pay electronic ticket alias or electronic traffic law enforcement ( ETLE).

MAULANA MAHARDHIKA CCTV was installed in the Thamrin area, Jakarta, Wednesday (19/9/2018). Poldan Metro Jaya is working with the DKI Jakarta Provincial Government to conduct an electronic traffic law enforcement (ETLE) which will be tested in October 2018 along the Thamrin to Sudirman route.

As is known, vehicles that are caught with electronic tickets and do not confirm for seven days, the police will immediately block the STNK. As a result, the car will have a bulging status.

Responding to the case, the Senior Manager of the Exchange Used car WTC Mangga Dua Herjanto Kosasih, said that this is still new, because ETLE itself has not been implemented for too long.

See also  This is the choice of a used Avanza for less than Rp. 80 million

Thus, checking and coordination are needed, especially for used car traders as well.

“This is a new thing, usually what the merchant checks is the completeness of the documents and how the tax is, there has not been a problem with an electronic ticket or something,” Herjanto said when contacted. Kompas.com, Thursday (19/11/2020).

Also read: These are the benefits and terms of use for the service to sell used cars “But I will inform you soon, so that traders will be more careful or careful when they are going to lift (buy) a consumer car, at least there is an agreement. Because if it happens, poor merchant, poor people who want to buy the car too,” he said.

Meanwhile, the President Director of Mobil88, Halomoan Fischer Lumbantoruan, said separately that if his party were to buy a consumer unit, they would definitely do an in-depth check.

Regarding documents, they will coordinate with the One-Stop One-Stop Administration System (Samsat) to carry out a history of the vehicle to be purchased.

Also read: Towards the End of the Year, Many Are Looking For Used Cars 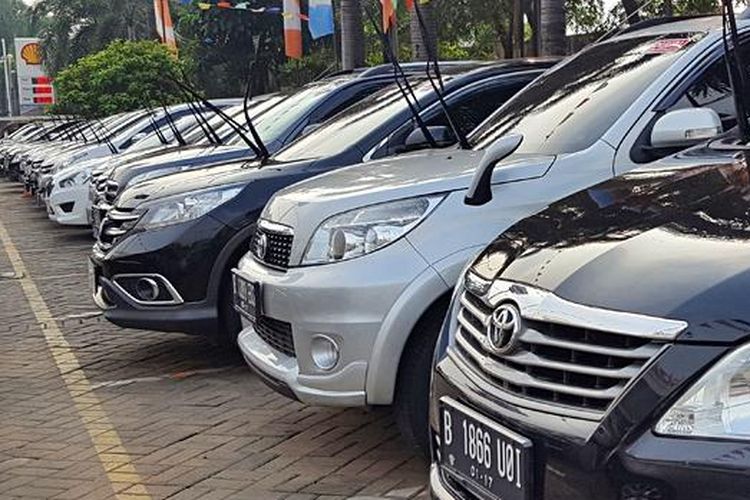 “We go to Samsat to check the police number of the car we want to buy from the hands of consumers, that’s all, not even just taxes and electronic tickets, until we make sure the history of this car has no other problems,” said Fischer.

The point of other matters, according to Fischer, is down to business criminal etc. Because, there was a case of a car being sold which turned out to be a car laundered money and so on.