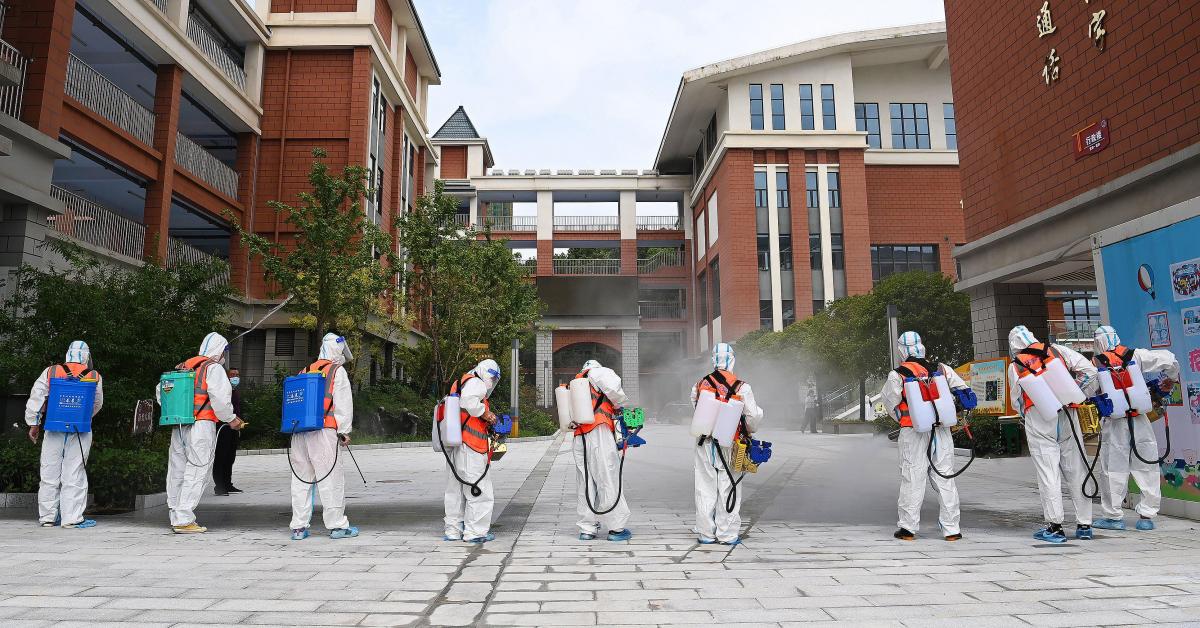 the World Health Organization (WHO) warns of the next pandemic. She warns in a report on which experts have been working for a year: “There will be a new pandemic anyway. It is up to us to determine whether it will be as devastating as the coronavirus.

About a year ago, the European branch of the World Health Organization (WHO) decided to set up a panel of health experts, politicians and scientists. Their objective is to draw lessons for the next pandemic in a report that our colleagues from Het Laatste Nieuws were able to consult. “We cannot allow another pandemic to bring the world to its knees again,” said Hans Kluge, European director of the WHO.

The report denounces the lack of preparation of governments: “There was a glaring lack of planning. And even countries that had a plan had not sufficiently updated or prepared it. The technical capacity of governments was also often weak. Monitoring and response systems fail to detect red flags in time and are unable to design or implement appropriate responses. And then there was the political leadership. He was often weak, completely absent or even made matters worse. “

Among the experts, a Belgian participated in the preparation of this report. This is our former Minister of Health, Maggie De Block (Open Vld). “Everyone in our region misjudged the virus and the extent of the pandemic,” she said. “No one was properly prepared for such a protracted crisis. We had to invent everything as we went along. Develop testing capacity, collect data, organize hospitals… Yet we have not done worse than the others. In terms of data collection and hospital organization, we were among the best. We were also quite quick to get the correct numbers on admissions and deaths. “

Nevertheless, Maggie De Block recognizes the lack of solidarity between the countries of Europe. “What struck me most at the start of the crisis was how quickly solidarity evaporated within Europe. This is also what the WHO points out in its report. Despite repeated warnings from the scientific community about a planetary pandemic, the world was not prepared for the onset of the coronavirus at the end of 2019. “Divergent, often groping political responses continue to have catastrophic consequences, with more than 1.2 million deaths in the European region alone (more than 4 million in the world) and an unprecedented economic recession, ”points out the World Health Organization on Friday. This is why it advocates a transnational health policy, which recognizes the interconnection between human, animal and environmental health.

Called “One Health”, this policy should engage national governments, regional and global actors, as well as those responsible for health and social assistance systems in far-reaching reforms, investment programs and improvements in terms of governance, drawing lessons from the pandemic, argues the President of the Pan-European Commission on Health and Sustainable Development, linked to WHO, Mario Monti.

“We must also be aware of the links between climate change, biodiversity and human health; and the need to reinvigorate and extend our national health services ”, continues the former European Commissioner.

Third axis of this vast project, “to strengthen the position of health policy in the development of general policies of governments and international organizations, by creating a World Health and Finance Council within the G20, which would recognize that the health is a global public good. The new generations deserve a world where progress does not come at the expense of their health and the health of the planet, ”concludes the Italian.

The Pan-European Commission on Health and Sustainable Development therefore recommends that countries set up intergovernmental “One Health” strategies, based on the concept of “health in all policies” and based on a partnership between the public and public sectors. private, where the risks and benefits are shared equitably.

These strategies will also have to take into account social inequalities and the discrimination on which they are based (sexism, racism, etc.) in order to reduce the polarization of society and restore citizens’ confidence in their institutions. The Commission, which also insists on prevention rather than responsiveness in health matters, recommends collecting data on the different levels of health within populations and thus better monitoring inequalities in health and access to healthcare. health care and social services.

Finally, the Commission calls for the creation of a pan-European council on health threats and calls for investments in platforms for sharing and interoperability of data, “while respecting privacy”, across the region, which stretches from the western borders against the Atlantic Ocean to the far eastern reaches of Russia.

See also  Coronavirus in Asturias: The Tour of Asturias will not be disputed this year