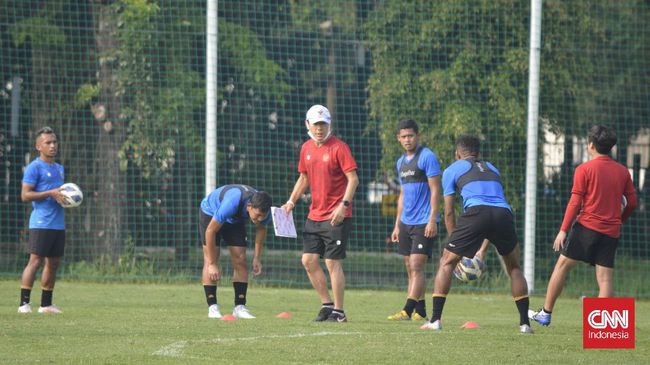 Big win Indonesian National team against Myanmar in a test match, Thursday (25/11), did not make the coach Shin Tae Yong give freedom to foster children ahead of AFF Cup 2021.

The South Korean coach was happy with the final result, but still warned Evan Dimas and his friends about improving performance.

“Thanks to the players for this victory, but there is still an evaluation,” said Shin.

Quoted from the PSSI official website, Shin stated that he was still finding mistakes from the Indonesian national team players. Especially before the game ends.

“I will continue to remind players not to make elementary mistakes,” explained the former South Korean national team coach.

Shin also expressed an optimistic point of view regarding the 2021 AFF Cup. According to him, the victory over Myanmar could increase the players’ confidence before competing in the football event between Southeast Asian countries.

The Indonesian national team won 4-1 in the match that took place at the Emirhan Sports Complex, Antalya, Turkey.

Ricky Kambuaya scored the opener with a header in the fifth minute. Irfan Jaya changed the score to 2-0 in the 12th minute. Witan Sulaeman’s goal in the 33rd minute ensured the Garuda squad won 3-0 in the first half.

Ezra Walian’s penalty in the 55th minute made the score 4-0. Meanwhile, Hlaing Bo Bo’s header in the 73rd minute was Myanmar’s only goal that was lodged in M ​​Riyandi’s goal.

The Indonesian national team will still undergo one more test match, namely against the Antalyaspor club on November 28, before leaving for Singapore on December 1 to appear in the 2021 AFF Cup.