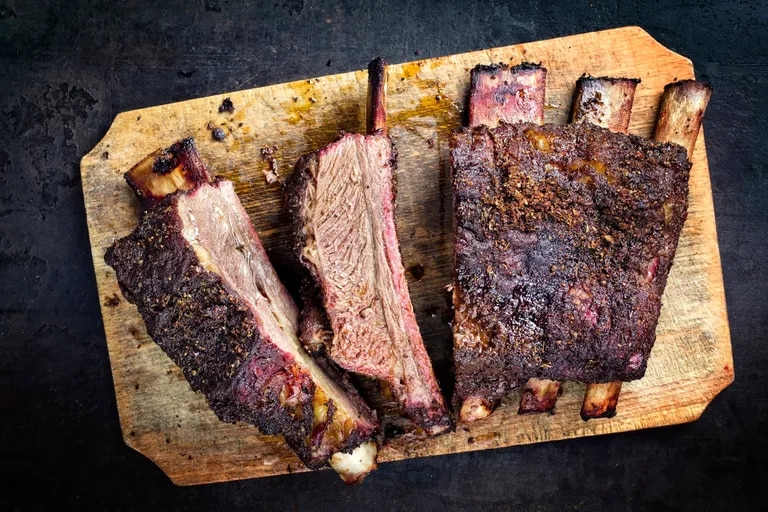 The price of beef runs back: Last month, it rose not only less than inflation, but much less than chicken and pork. According to a survey conducted by the Argentine Beef Promotion Institute (Ipvca), different cuts of beef showed, on average, last October, an increase of 2.2% over the previous month, while inflation marked 6.3%. Meanwhile, its value was also well below fresh chicken, which showed an increase of 6.6%, and pork breast, which rose 6.4%. On the other hand, there were significant price differences between supermarkets and butchers.

Likewise, the study reveals that, if the prices in the tenth month of 2022 are compared to the same in 2021, beef has become more expensive by 71.8%. A value well below the poultry, which rose to 98.7%, and the pig, with 78.2%. The smaller increase in beef, which has already occurred in previous months, occurs in the context of the loss of purchasing power of the population and a greater supply of meat, which is around 5% so far this year.

The survey IPCVA took data from 80 butchers and 40 supermarkets in the Federal Capital and Greater Buenos Aires. Taking this into account, last month there was a significant difference in the price variation according to the type of point of sale. Strictly speaking, in supermarkets the increase was 7%, higher than butcher, which recorded 0.5%. Other months the most notorious increase occurred in butchery.

Among other data, in the Federal Capital and Greater Buenos Aires cuts like the peceto had a 19.8% higher price in supermarkets compared to butcher shops and the steak was 17.6% more expensive. In the case of the kidney, the difference was close to $227, 13.1% higher in supermarkets than in butcher shops.

Then he expanded: “In the most requested cuts, such as those of the wheel, used mainly in the preparation of Milanese, the price difference is close to $ 111, in the case of the butt, they were the cheapest prices in supermarkets . For its part, common lean meat in supermarkets is sold $100 cheaper than in butcher shops (-12.5%), while for shops, supermarkets offer the product at a lower price of about $52 per kilogram than in butcher shops, 4.4% cheaper”.

Depending on the job, The main increase in the average price occurred in frozen hamburgers, with 6.9%, the rump, with 5%, and the butt cover, which had an increase of 4.8%.

When making a comparison between meats, the Ipcva indicates that, in the last twelve months, “Beef meat had a significantly lower relative price (-4.8%) than that recorded a year ago compared to poultry meat: in October 2021, 3.6 kilograms of fresh whole chickens could be bought and one kilogram of roast and in the last month. in October 2022, the purchase capacity of roast cuts in terms of poultry meat was reduced to 3.4 kilograms “.

With three children, but already waiting for another! Emilia and Bashur said “b…

Kai fans are gearing up for Thai Ticket to sell tickets for the 2022 World Tour Finals this Friday.