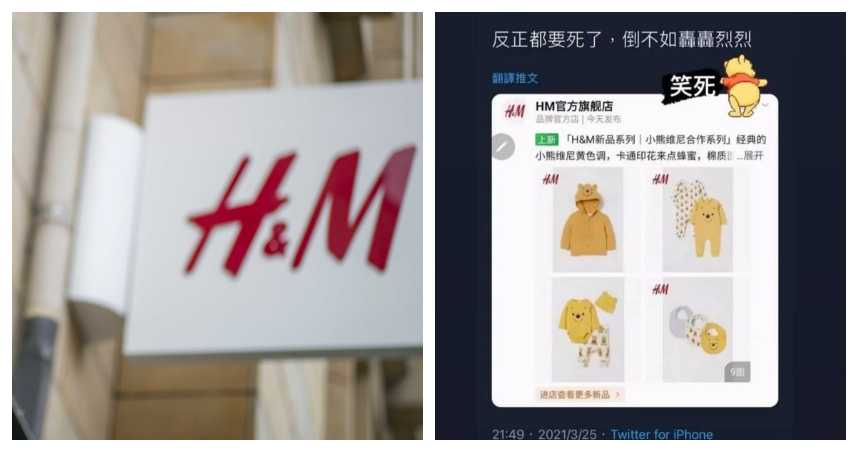 The Swedish fashion brand H&M suspected that mainland China was forcing ethnic minorities in Xinjiang to produce cotton because of “human rights issues.” The topic has also become a topic of discussion among netizens after dinner. Now a female college student said that a man from Beijing was chasing her, but when she shared the “Xinjiang Cotton Stem Picture” on the Internet, the attitude of the Beijing man The 180-degree change directly blocked her.

A female college student posted on “Dcard” that he met a Beijing man who came to Taiwan to study on a dating app. He got along quite naturally, and even met up to chat, but the topic of the chat never mentioned politics. Until the 27th, she dynamically forwarded a photo of H&M and Xinjiang Cotton on IG for a limited time. It was a photo of H&M’s launch of the “Winnie the Pooh” series of products.

The female college student said that yesterday (28th) she suddenly found out that she did not reply to the message from the Beijing man. She opened the chat window and found that all the messages sent by the other party disappeared. Then she clicked on his personal page, and what was printed in her eyes was It was blank, and the original PO realized that he had been blocked.

Afterwards, the original PO also said: “The Beijing man who was chasing me blocked me because of Xinjiang cotton.” Many netizens laughed at the behavior of the Beijing man and left messages: “Laugh to death, the party is the first” and “Look.” He should block many Taiwanese.” “It’s really a problem that people who can’t accept different political positions.”