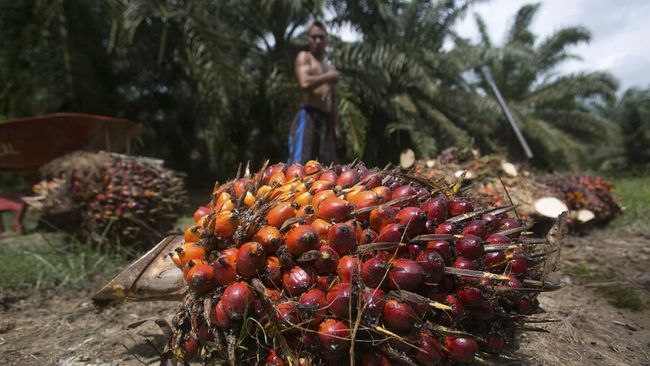 The prohibition contained in the Regulation of the Minister of Commerce (Permendag) No. 22 of 2022 regarding Temporary Prohibition on Export of CPO, Refined, Bleached, and Deodorized (RBD), RBD Palm Oil, and Used Cooking Oil (UCO).

The decision was taken to solve the problem of lack of equipment and high prices of domestic cooking oil in recent months. This policy aims to reduce the cost of bulk cooking oil from the range of Rp. 20 mil to Rp. 14 miles per bed.

However, Jokowi is well aware that the country still needs tax revenue from the export of these commodities. Therefore, the former mayor of Solo admitted that he would evaluate and oversee the implementation of the ban on exports of CPO and cooking oil raw materials in the future.

“Once domestic needs have been met, of course I will lift the export ban because I know the country needs taxes,” Jokowi said in a statement on Wednesday (27/4).

State revenue from exports of this commodity cannot be underestimated, the Central Statistics Agency (BPS) noted that CPO exports contributed Rp112.82 trillion to the Indonesian economy during the first quarter of 2022.

This figure is equivalent to 2.5 per cent of Indonesia’s gross domestic product (GDP) based on current core prices (ADHB) which reached Rs 4,513 trillion.

Please understand, Indonesia is indeed the largest CPO producer and exporter in the world. Throughout 2021 alone, exports of Indonesian palm oil products and derivatives will reach 34.2 million tonnes.

According to data from the Indonesian Palm Oil Association (GAPKI), the value of exports in this year reached 35 billion US dollars or equivalent to 509.13 billion Rp (assuming an exchange rate of Rp 14,546 per dollar).

The problem is that the export market for these goods is now in danger of being taken over by a neighboring country, Malaysia. Moreover, Malaysia is so far competing with Indonesia in the CPO export market.

ITS data from a cargo survey company said that on May 1-5 or a few days after the ban on Indonesian CPO exports, Malaysian CPO exports jumped 67 percent compared to the same period last month.

Institute for Economic Development and Finance (IndeF) researcher Nailul Huda said if CPO exports were still completely banned, Malaysia could become the number one player in CPO export affairs globally. Supply from Malaysia will be sought after by CPO importers, such as India, China and Europe.

He said that Indonesia’s market share for CPO exports has reached 55 per cent to 57 per cent of the world’s needs. While Malaysia 28 percent to 30 percent.

However, he admits that gaining more than 30 percent of Indonesia’s market share is a difficult task. For comparison, data from the Malaysian Palm Oil Board (MPOB), CPO production in 2021 will only reach 18.12 million tonnes, while Indonesia’s 46.88 million tonnes.

“So I think there will be a shortage of equipment and the ban on CPO exports from Indonesia. It is possible that global CPO prices will rise,” said Nailul.

It took a long time

“It will be a blow to Putin’s main economic artery.” G7 promises to eliminate Russian oil