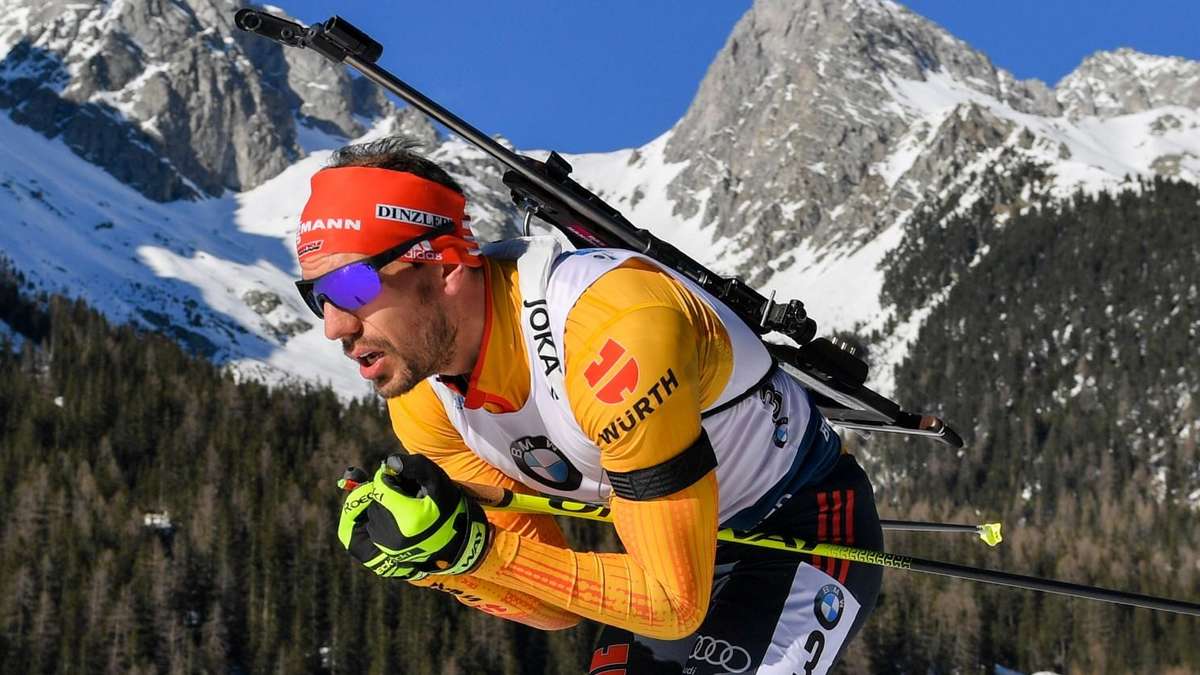 The 2019/20 World Cup in biathlon continues on Thursday with the men’s sprint in Kontiolahti. The race is available today in the live ticker at chiemgau24.de.

Kontiolahti – The penultimate Biathlon World Cup in the 2019/20 season is coming. With the men’s sprint, the competitions in Kontiolahti will begin on Thursday. It starts at 3:30 p.m., chiemgau24.de is part of the live ticker today.

16:09: Jacquelin gets through again without a mistake, but is already 15 seconds behind Boe.

16:08: Johannes Thingnes Boe is on target and is clearly in the lead. Only Jacquelin can prevent the Norwegian from winning. Behind Boe, Christiansen and Tarjei Boe are on the podium so far. As the best German, Doll is currently fourth.

16:07: A good start for Lucas Fratzscher. He hits all targets and is 25th after the first shooting.

16:06: So, all of the favorites were at the first shoot. Emilien Jacquelin from France is close to Boe.

16:04: Kühn also makes a mistake while standing. That is two penalties in total, so Kühn could still run in the top 15.

16:03: Martin Fourcade hits everything lying down. Nevertheless, he is clearly behind Boe.

16:01: Arnd Peiffer is constancy in person these days. He removes everything while lying and is at the front.

16:00: Simon Schempp standing with two mistakes. Meanwhile, Tarjei Boe hits everything and has good chances on the podium.

15:58: Johannes Thingnes Boe also meets everything standing. This is clearly the lead and possibly the next win for Boe.

15:57: Arnd Peiffer comes to the shooting range for the first time.

15:56: Johannes Kühn makes a mistake while lying down. That’s 150 meters extra for the German.

15:54: Vetle Sjaastad Christainsen shoots quickly, hits everything and is also great in terms of running. The Norwegian takes the lead.

15:53: Simon Schempp also meets everything lying down. In terms of running, he is clearly behind.

15:52: Johannes Thingnes Boe hits everything and takes a clear lead after the first shoot.

15:51: Doll makes a mistake while standing. That will be a good result for the strong German runner.

15:50: Horn already had massive problems at the shooting range in Nove Mesto. This continues here.

15:48: Horn shoots one mistake after another. There are four of them, Horn is completely off the mark at the shooting range.

15:46: So, the top favorite is on the way. Johannes Thingnes Boe can take a big step towards overall victory today.

15:44: Philipp Horn and Simon Schempp have started. The race is now picking up speed.

15:42: Strong shooting from Doll, he clears all targets and takes the lead.

15:40: Doll is good at running and has the fastest split. It’s about to shoot.

15:36: Benedikt Doll is on the line. 3.3 kilometers are run, then there is prone shooting.

15:34: Since the last races of the season will be held this weekend, the fight for the overall World Cup is the focus today. Martin Fourcade actually leads there before Johannes Thingnes Boe and Quentin Fillon Maillet. But there are two streak results in biathlon. Two results of the season are therefore not included in the rating. And then Boe leads Fourcade. So the Frenchman has to come in before Boe today ..

15:32: Let us concentrate on the sporty. Six Germans are at the start here. Benedikt Doll will start shortly. He was followed by Arnd Peiffer, Johannes Kühn, Philipp Horn, Simon Schempp and Lucas Fratzscher.

Before the race: Now the ski jumpers have been hit too. The season has ended.

Before the race: The American team has already left. The US biathletes flew home last night.

Before the race: The Finnish government has stipulated that events with over 500 participants be canceled. That is why the spectators were transported out of the stadium.

Before the race: Corona has a firm grip on sport in Europe, and numerous events have already been canceled. Here in Kontiolahti it should be run. Today’s men’s sprint is over ten kilometers away.

Before the race: Hello and welcome to the live ticker at chiemgau24.de for the biathlon in Kontiolahti.

Biathlon: The preliminary report on the live ticker

The German men want to take another podium in the penultimate sprint of the 2019/20 World Cup season in biathlon. The most promising candidate is Arnd Peiffer.

At the previous competitions in Nove Mesto in the Czech Republic, Peiffer convinced with constant performance and took third place in the final mass start. In Finland, too, hopes rest on the 32-year-old world champion and Olympic champion. Biathlon in Kontiolahti: All dates and results for the World Cup 2020

In addition to Peiffer, Kontiolahti also includes Benedikt Doll, Johannes Kühn, Philipp Horn, Simon Schempp and Lucas Fratzscher, who will be making his second appearance in the 2019/20 World Cup.

Doll and Kühn, who were already on the podium during the 2019/20 World Cup, are among the contenders for the top positions in Kontiolahti, but this requires a significant increase at the shooting range. Biathlon: All information about the World Cup in Kontiolahti 2020

The focus in Kontiolahti is the fight for the overall World Cup. The Norwegian Johannes Thingnes Boe has reduced the gap to the leading Frenchman Martin Fourcade with two wins and is also starting again as a favorite in Kontiolahti. Biathlon: World Cup in Kontiolahti on TV, livestream and live ticker

In addition to Boe and Fourcade, the French Quentin Fillon Maillet and Emilien Jacquelin are among the top favorites for the win. Boe’s brother Tarjei is also one of the favorites. The start list for the men’s sprint

Back to overview: biathlon

do we take a risk by going to vote in the municipal elections?