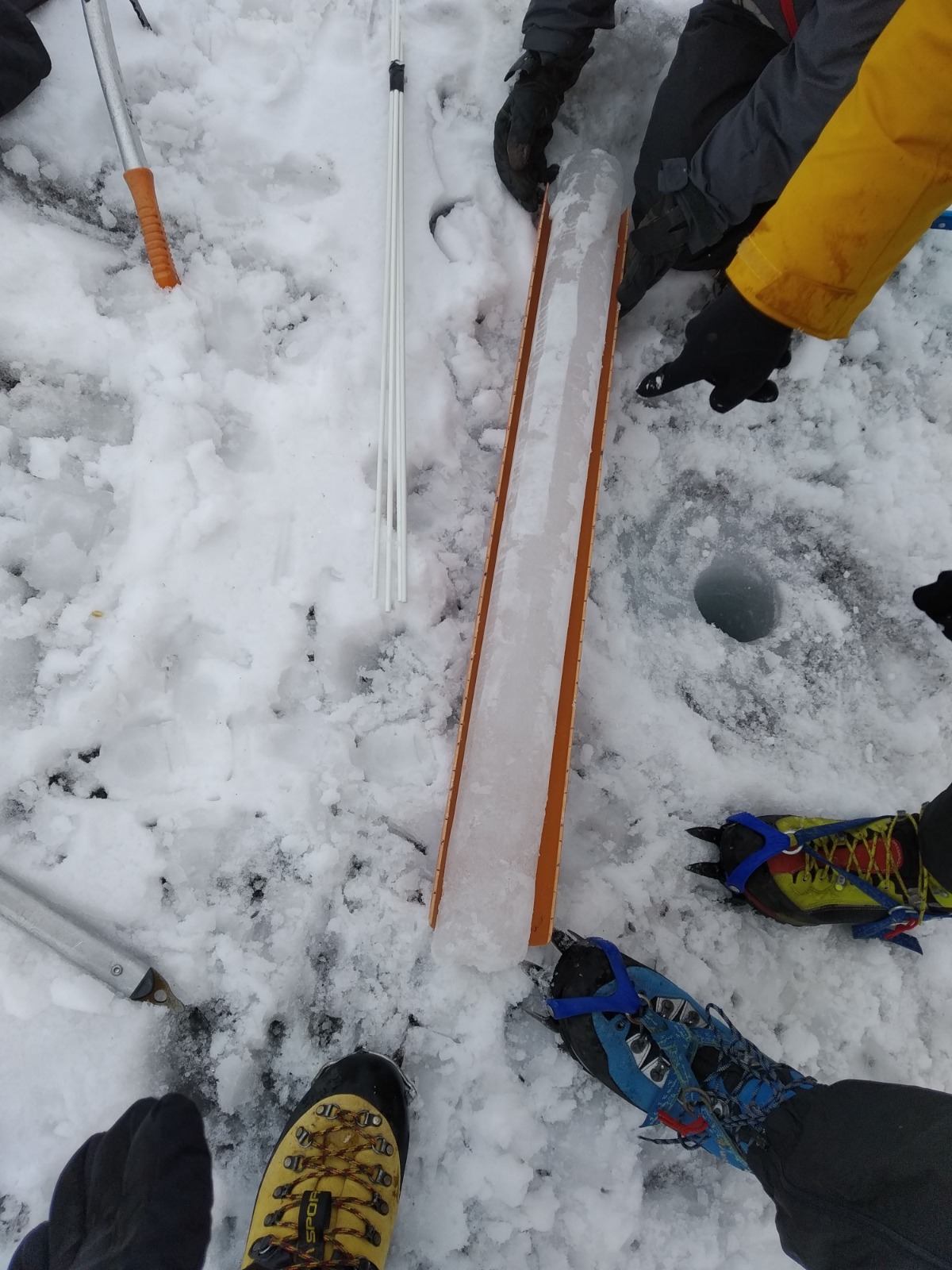 Apparently untouched nature on our way through the most diverse climates of Ecuador. We have been on the road for several days, from the glaciers in the high Andes to the tropical rainforest in Llanganates National Park. But appearances are deceptive. Even in these remote areas, we encounter human traces everywhere: plastic waste. Every morning we take an empty bag with us, every evening it is full to the brim with plastic parts from the wayside.

© Robert KretschmerA bag of rubbish a day: Styrofoam bowl near the Mecha Huasca hut on the foothills of the Chimborazo.

In addition to these highly visible plastic parts, so-called microplastics are becoming increasingly dirty worldwide. These are tiny particles, no bigger than a red forest ant, or even invisible to the human eye. Microplastics are created in a variety of ways, for example from the abrasion of tires, the washing of synthetic clothing, and also the weathering of plastic parts in the environment. The particles then enter the world’s oceans through the global water cycles and were even able to arctic ice can already be detected.

The intensive use of plastics or plastic does not remain without consequences: starvation of seabirds, their stomachs full of indigestible plastic parts. Turtles confuse floating plastic bags with jellyfish, one of their favorite foods. Fish and other marine animals get caught in cans and die in them. The EU has now drawn the first consequences from the increasing pollution, particularly of the world’s oceans: From 2021, disposable tableware and plastic straws will be banned in Europe.

But how affected is our environment beyond the seas? Can microplastics also spread through the air and reach the high glaciers of Ecuador? To find out, we are investigating as part of the expedition whether tiny particles can be detected in the glacial ice. 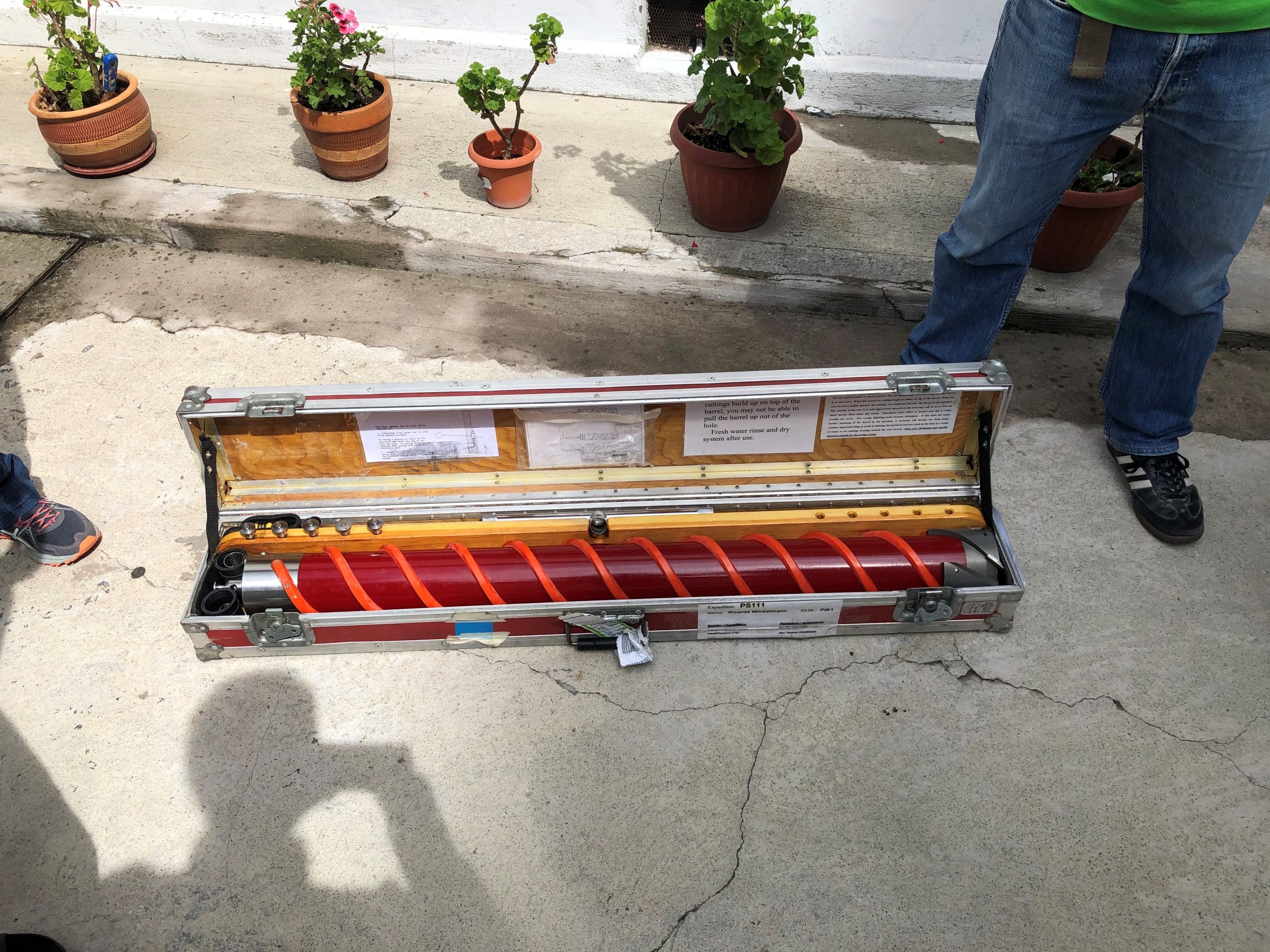 To track down microplastics, we have an ice core drill on our expedition, which was kindly provided to us by colleagues from the Max Planck Institute for Meteorology in Hamburg. It works practically like an apple cutter, only one meter in length. With the drill on our backs we climb the glaciers of Antisana, Cotopaxi and Chimborazo in Ecuador. Once at an altitude of around 5000 meters, we take ice core samples with the drill: one meter long and around nine centimeters in diameter. Although the ice is comparatively hard, it is surprisingly easy to do. 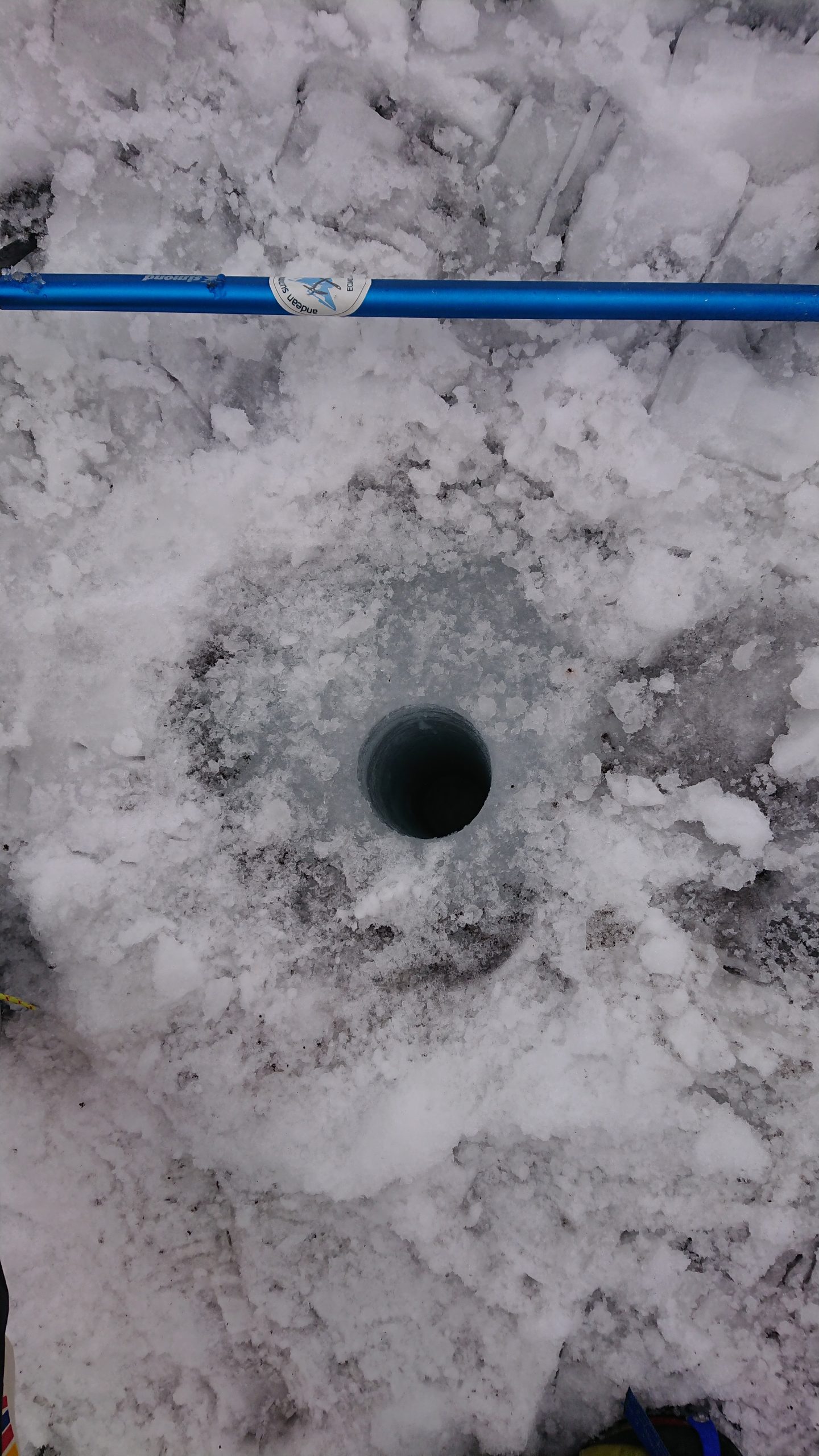 © Robert KretschmerRemoving the one-meter long ice core from the Cotopaxi glacier is surprisingly easy thanks to the ice core drill.

For transport to the valley, we saw the ice cores into three pieces of the same size, which we then seal in special bags. An extra weight that literally shows how difficult science can be.

Once at the bottom, we let the samples melt – which takes a surprisingly long time. The bottled melt water comes to the laboratory in Germany. For its analysis, a defined amount of melt water is drawn through filters that are about 50 times as fine as coffee filters with pores of 200 nanometers. Plastic and other particles collect on these filters, which are then examined with the spectrometer. This allows us to determine not only how many particles are in the sample, but also what type of plastic it is – and with a bit of luck even where the particles come from. You can soon find out what the results of this lengthy process that is now taking place in the laboratories of the Friedrich Schiller University in Jena on our Expedition website read up.

© Romel SandovalThis one-meter-long ice core will later be examined as melt water in the laboratory for microplastics.

But when you descend from the glaciers in our waterproof mountain shoes, wrapped in our ponchos that protect us from the wetness of the cloud forest and with our sturdy backpacks in which the highly technical scientific equipment is safely stored, it also becomes clear: Without the use of plastic, it would be too our expedition hardly conceivable. The ice core drill, the drone or the camera equipment – everything is difficult to imagine without plastic parts and would be significantly heavier without plastic. So there are advantages and disadvantages and it is up to us to handle plastics responsibly. This includes, for example, avoiding disposable plastic wherever possible and using reusable plastic instead. But better recycling options and new, recyclable and biodegradable plastics based on renewable raw materials are also important research areas. Robert Kretschmer and his colleagues are working on such new plastics Jena Center for Soft Matters.

We are becoming increasingly aware of one thing on the way to the glaciers and through the Llanganates National Park: we live in an era in which we humans are more strongly involved in natural history than ever before. From the large, visible changes such as the conversion of forest into pasture land, to climate impacts such as the decline in glaciers, to the almost invisible influences such as the almost ubiquitous microplastics.

More about us and the project on the website of Boys academy.

An error has occurred. Please check your entries.

Thanks a lot
The contribution was successfully sent.

Tour de France in August and Ligue 1 in June behind closed doors … how will the resumption of the sports calendar be organized?