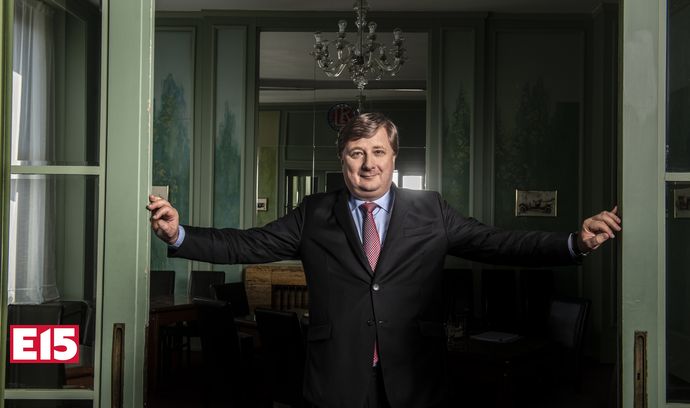 You have opted for the so-called split of SAB Finance shares, ie their distribution in a ratio of 1:10. Did you do it because your shares are the second most expensive on the Prague Stock Exchange, so there hasn’t been much trading with them yet?

We are one of two companies on the Prague Stock Exchange that pay dividends twice a year, so we strengthen the fact that we are a conservative dividend title. Our shares are something like family silver, shareholders buy it and no longer want to sell it, which does not strengthen the liquidity in the market too much. Dividend shares are less traded. That’s why we split. The existing more than 10,000 crowns per share is a higher amount. However, we are still in the process of an IPO (primary share subscription – editor’s note).

How many shares have been subscribed for so far?

For more than 300 million crowns, so far just over 10 percent of the company’s value. We will still subscribe. The goal is to reach a volume of 20 percent.

At the beginning of September, you agreed to pay an interim dividend to SAB Finance shareholders. From what sources do you draw for its payment?

The interim dividend is economically derived from the company’s profit for the first half of 2021, as confirmed by the half-yearly report. As the Czech legislation does not allow the payment of dividends on the basis of interim financial statements, we technically make payments from retained earnings and other own resources of the company. We did not reach into the registered capital. In the next half of the year, we will pay a dividend from this year’s profit.

What are SAB Finance’s profit expectations for this year and next?

Profit before tax was 85 million crowns for the first half of the year. We plan 168 million for the whole year. Next year, we set a target of 180 million.

You are also going to expand abroad. Specifically, you want to break through with the Fintech service in Poland. How far are you with these plans?

This is the ProStream fintech platform, in which we see the potential for further development of SAB Finance. It is a modern online platform. ProStream is already running in the Czech Republic, hundreds of clients trade on it. The primary attack will be on Poland, which, together with the United Kingdom and Germany, is one of the three largest foreign exchange markets in Europe. Then we plan to enter the UK. We want to focus on corporate payments rather than retail, which Revolut specializes in, for example. We would then like to connect our company, which we have on Wall Street, to the American Fedwire payment system. We are exploring several options. We will either buy a bank or a bank in the USA. The world market for payments and forwards is gigantic, with tens of billions of dollars a day.

Which US bank would you typically want to buy?

Only the one that can be connected to Fedwire. Some European countries do not have a US bank for payments. US banks are increasingly focusing on larger clients and leaving smaller ones. We would like to offer payments in America and to banks.

What role does Trinity Bank play in your expansion plans?

It is not involved in any way in international expansion plans. She is doing very well. The small bank will gradually become a medium-sized bank. Already in August, we fulfilled the annual profit plan. We have not felt any impact of the covid, we have a very successful real estate financing team. We proceed on the basis of Baťa’s motto From the drops of the sea, from pennies millions. We will soon open new Trinity Bank branches in Ostrava and a larger branch in Brno. We are also considering a branch in Pilsen and Hradec Králové.

You were also considering buying a Swiss bank. How far are you with the selection process?

This is my youthful dream. It’s a closer vision than entering the United States.

How much are you willing to spend for a Swiss bank?

It will be in the range of half a billion to a billion crowns.

How many clients do you currently have?

What role does the Maltese FCM Bank play in your entire financial portfolio? Do you not want to gradually unify it with your other activities?

No, the Bank of Malta lives its story. The Maltese market is about real estate, which we can do. We finance a lot of reconstruction of buildings, local developers. In addition, there is little competition from banks in Malta, the largest being state-owned, the other belonging to the church. So FCM Bank is the fastest growing bank in Malta. 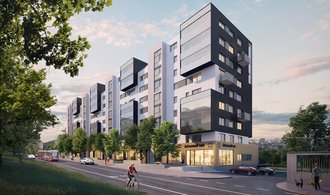 In your opinion, how has real estate financing changed in the last year and a half during the covid pandemic?

Czech developers are sold out. Unfortunately for the citizens, the real estate prices have soared and will continue to rise. Everything will be sold in the Czech Republic.

Before this year’s elections, the topic of the possible adoption of the euro was reopened. I assume that due to your business you insist on maintaining the crown.

Yes, the crown is volatile, it does what it has to do. When the Czech economy is worse, it will decline and help exports. This will support employment. When the economy overheats, the Czech koruna, by strengthening it, is putting pressure on greater production efficiency. It is great that we have the Czech crown. This was the last time it was seen, for example, during the covidu, when the koruna fell and gave exporters a chance. I would like to remind politicians who are talking about our promise to adopt the euro that our promise was in a completely different economic situation in the euro area. States had a maximum debt ratio of 60 percent. On the contrary, today the southern wing and other eurozone countries are even twice the debt limit. The question is therefore how the deficit financing of the eurozone’s indebted economies will end. After all, the European Central Bank cannot buy South European bonds indefinitely. I would like the European Union to cope with the situation with over-indebted and deficit countries, but now I do not see the way at all. We in the Czech Republic can learn, for example, from Denmark, which is a very rich country that has its own crown.

What do you say about rising CNB interest rates? I guess it plays into your hands because your return on central bank deposits increases.

We are primarily concerned with the functioning of the economy. It is great that the CNB can react to inflation, unlike the European Central Bank. Italy could never afford higher rates to pay off its debts. For banks, future 2% rates are also disadvantageous, as mortgages will become more expensive and people will buy less apartments. I welcome the balanced state of the economy, for example, with 2% inflation and 1 CNB rates.

In addition to Malta and Britain, you often travel to Dubai. Aren’t you planning a financial business there?

I’m not planning a business there yet, because it could hurt us in applying for a presence in the US financial market. 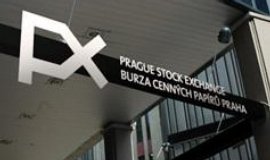