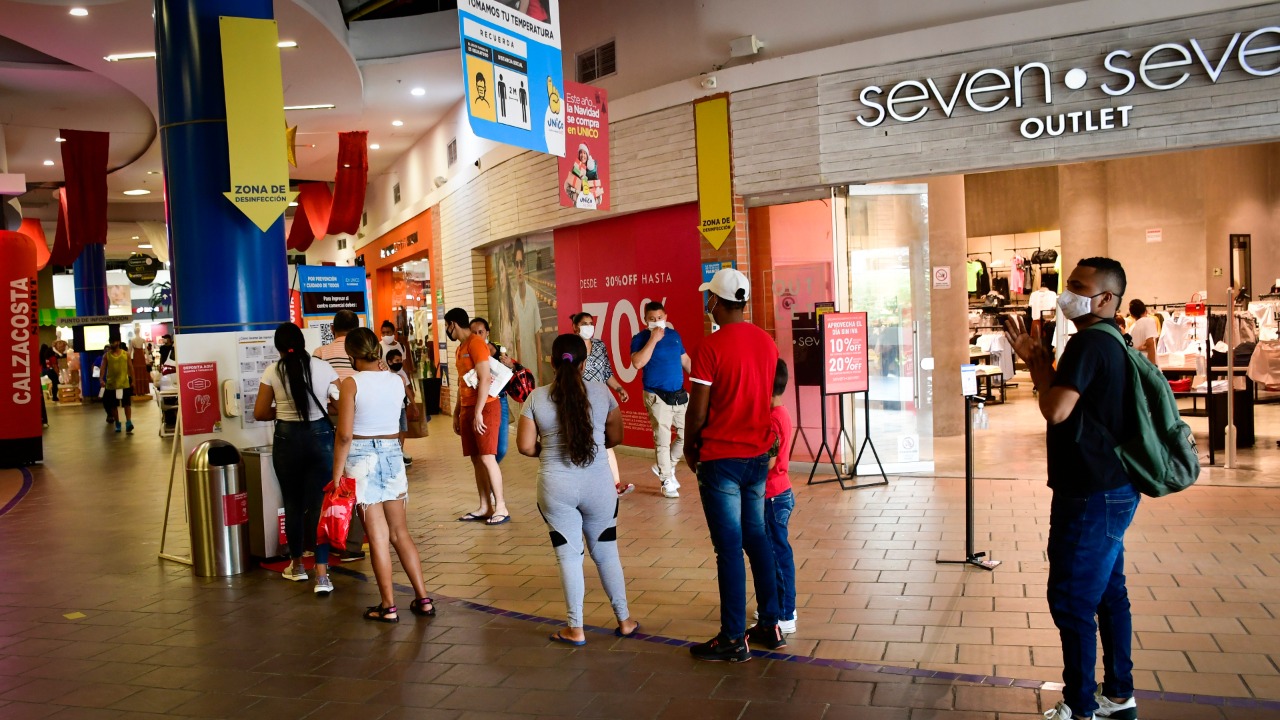 As explained by Ricardo Plata Sarabia, Secretary of Economic Development, “Shopping centers do not necessarily represent a source of contagion to the extent that all biosafety protocols are met ”.

In this sense, the District issued a series of points to be reinforced for the next two weeks in mutual agreement with managers and representatives of shopping centers in the city.

The first bet will be to extend the opening hours to the public. This will lead some venues to close at 10:00 pm or 12:00 pm “in order to offer the possibility of shopping at non-conventional hours, avoiding mobility problems and crowds.”

At the same time, it was agreed to reinforce the control staff, who will be in charge of avoiding crowds in common areas such as escalators, corridors and elevators, especially during peak hours.

Likewise, the control of the capacity will be adjusted so that in case it reaches the maximum, the store closes the doors until consumers evacuate the mall. “People should wait outside and in line, respecting social distancing,” the District communication cites.

Finally, messages in internal media will be reinforced to comply with the rules, such as the correct use of the mask and the distance of one meter away.

In case of non-compliance with the designated biosecurity measures, “shopping center security personnel will remove people from establishments“And these behaviors could” represent a fine by the authorities. “

Yilda Castro, director of Fenalco Atlántico highlighted that “several shopping centers have reiterated their commitment to these measures” and, further, invites citizens to self-care.

See also  Existing medicines, the shortest route to a cure for coronavirus

“The measures we are announcing must be complemented with civic responsibility, since the economic reactivation and social well-being is achieved with the efforts of all ”, highlighted Castro.

In a statement from the union, Ricardo Insignares, manager of the Buenavista 1 and 2 shopping center, expressed his commitment to comply with the protocols.

The senior manager invited citizens to take advantage of the extended hours because, in his opinion, “they are not doing it.”

In addition, he highlighted the individual responsibility to take care of himself, “because once inside the establishments despite the signs and indications, there are citizens who do not maintain their distance or use the mask correctly”.