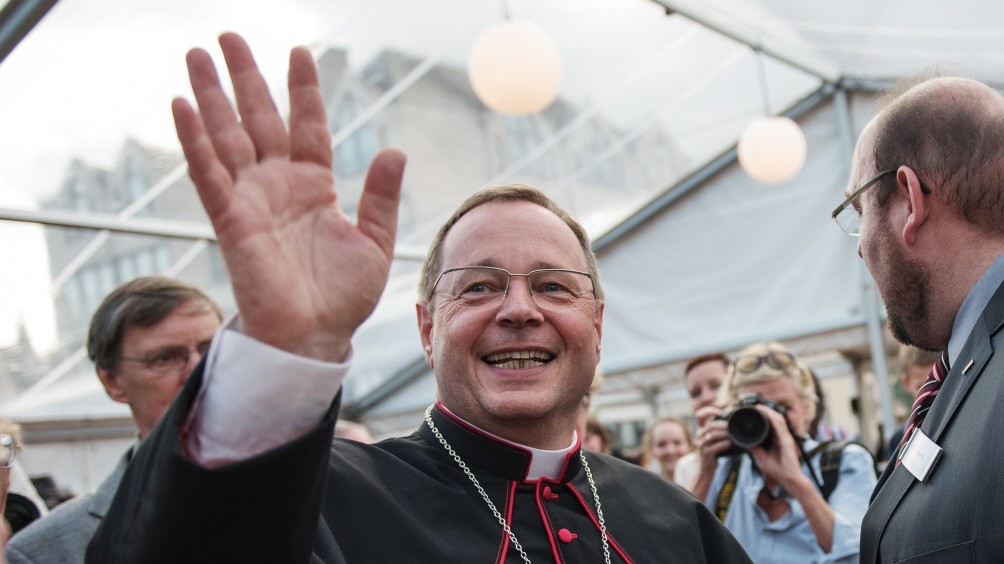 Bishop of Limburg Georg Bätzing is the new chairman of the German Bishops’ Conference. The Catholic bishops elected him this Tuesday at their spring assembly in Mainz.

The 58 year old Bätzing is considered a man of balance. He succeeded the controversial bishop Franz-Peter Tebartz-van Elst in the diocese of Limburg in 2016. This had left deep trenches in Limburg – among other things, there was a cost explosion when expanding the bishop’s residence. Bätzing has apparently succeeded in building up new trust in the diocese and beyond in the past four years. Also because he practiced a new, communicative style. “The bishop is not a prince and monarch who does not have to listen to anyone,” he said of his understanding of the office. He can make decisions, but he “likes to communitate advice there”.

Bätzing commented on his election to the chair of the Episcopal Conference with this sentence: “You take your bag, the cardinal has moved one chair further to the right, the chairman takes a seat and tries to keep the meeting on the agenda.”

In his first press conference after the election, Bätzing highlighted the fight against racism and agitation as a core task of the church. “We have to stand up against racism and agitation in our country as strongly as we have always done so far,” he said in Mainz. “We have to do this together with all constructive forces.” The Catholic and Evangelical Church never left any doubt about this attitude.

Bätzing was born on April 13, 1961 in Kirchen in Rhineland-Palatinate. After studying philosophy and theology in Trier and Freiburg, he was ordained a priest in 1987. He was chaplain in Klausen and Koblenz before taking over as deputy head of the Episcopal Seminary in Trier in 1990. From 1996 to January 2010 Bätzing was then responsible for the formation of priests in the diocese of Trier and directed the seminary.

Bätzing succeeds Munich Archbishop Reinhard Marx. The 66-year-old cardinal announced his withdrawal from the leadership of the Episcopal Conference in February. Marx mainly gave reasons for his decision. Before waiving reelection, he considered for another six years whether he could actually take up the office until he was 72, he said shortly before the new election.

The chairman of the bishops’ conference has primarily representative tasks and represents the bishops as spokesman to the outside world. He is elected for six years. In the secret ballot, each of the 68 participants could write a name on the ballot. A two-thirds majority was necessary in the first two ballots, and an absolute majority was sufficient from the third ballot.

The issue of sexual abuse will also concern the bishops

The four-day assembly started on Monday. The top committee of the German Bishops’ Conference meets regularly in spring and autumn. With it are all Catholic local and auxiliary bishops in Germany and the Apostolic Exarch of the Catholic Ukrainians.

In addition to the election of their new chairperson, the members of the Bishops’ Conference in Mainz will again deal with questions on dealing with sexual abuse in the church at their meeting, which will last until Thursday, and make a first analysis of the reform process “Synodal Way”. It is also about the situation of Christians in Syria.

Before the Episcopal Conference, Cardinal Rainer Maria Woelki of Cologne called on the refugees in Turkey and Greece to be taken care of. “Let us get involved with those who are now standing at the borders of Europe and knocking on our borders,” said Woelki in the sermon of a morning service in Mainz Cathedral. While fleeing war, these people sued for freedom, peace and justice. Woelki added: “Each of these is our neighbor.”

At the start of the spring bishops’ general assembly, outgoing chairman Marx had called on the European community of states to assume its responsibility for Syrian refugees.

Three new corona patients in the municipality of Altena, in Brabant now 14 cases