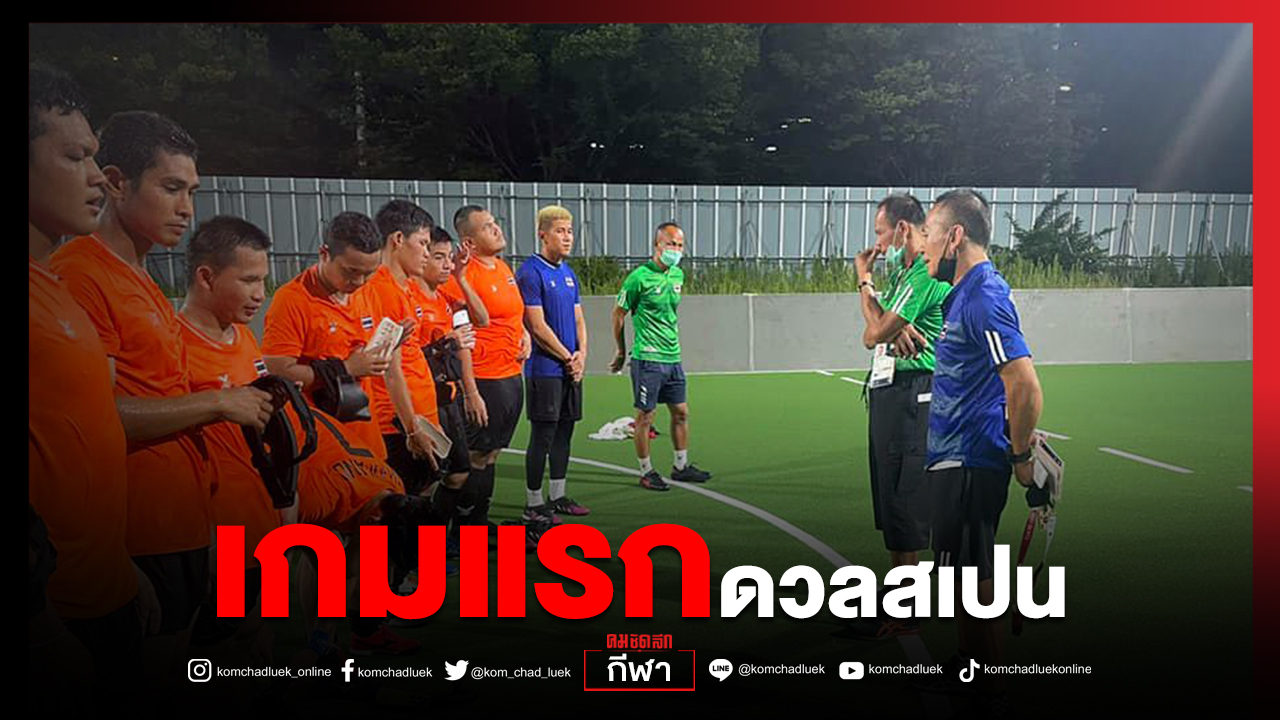 because“Blind Football”Thailand had previously met Spain in the pre-paralympics. In which the first game, Thailand won 3-2, but in the third final, Thailand lost 0-1 to Spain, making it 4th place. has instructed players to concentrate And control the mood well in the first match to start the winning results in the first game

for“Blind Football”In the “Tokyo Paralympics 2020”, the competition will be held in 2 groups, with 1st and 2nd place in each group. through to the semi-finals Around the group division, the Thai national team is in line with Spain, Morocco and Argentina.

The program for the first round of the Thai national team, on August 29, meets Spain at 17.30 Thai time / on August 30, meets Morocco at 14.30 Thai time / on August 31, Thailand meets Argentina at 14.30 . In Thai time, the rules of the competition will be on the field with 5 people per team, consisting of 4 players and 1 goalkeeper. The goalkeeper can be a normal eye. But do not register as a FIFA player for at least 5 years.

Brain damage visible in people at risk of dementia…

Be Careful With Joker Virus On Android Devices