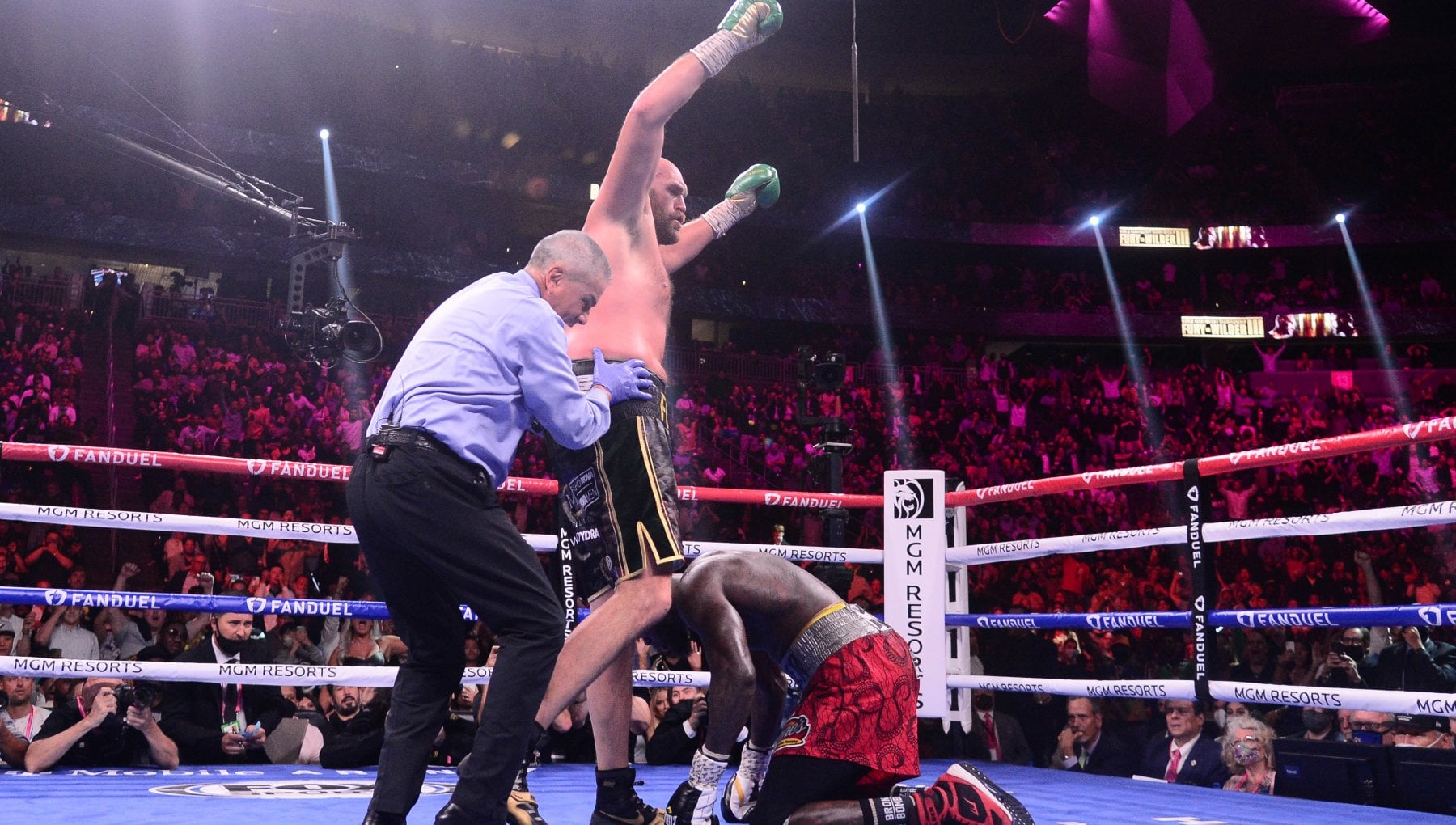 In the last chapter of the trilogy, it can be stated that Tyson Fury e Deontay Wilder have represented their existential parable. One of the most dramatic matches of recent years was staged in Las Vegas: it was deservedly won by Fury, still world heavyweight champion for the Wbc after knocking down the American in the eleventh round. It is the reaffirmation of a superiority that appeared evident in the victory in the second match, in February 2020, after equaling the first.

Rise and fall of two giants

During the presentation we had written about extraordinary giants in the ring, but complex to the limit of fragility in life. From Fury’s depression that resulted in drug addiction, to Wilder’s anguish: the latter’s youthful fear of not being able to bear the illness of his little daughter (then fortunately healed), even the intentions to end it all. Rises and falls, just what we saw in the ring of the T-Mobile Arena. Five total knockdowns, Wilder above all lived the match constantly on the brink. The man from Alabama tried to hold the world with one punch, he couldn’t. Despite the work of the new technician Malik Scott, he did not become Muhammad Ali at the age of 35. His boxing is raw power, but there is little else. He has only one shot, the right, one of the most devastating ever. But he only goes on with that: it seemed to be enough for him when in the fourth round he hit Fury, knocking him down twice. But once Gipsy King, the king of the Gypsies as he likes to be called (he comes from a nomadic family who came from Ireland and stopped in Manchester), got over the storm, the match took an unmistakable turn.

“The Lord gave me the strength to get up, I am the strongest in the world, but Deontay comes immediately after me. He does not love me, because I have always beaten him, but I will pray for him. I am a man of steel, the October 9, 2021 will be remembered forever for this great challenge, worthy of the tradition of the boxing trilogies. I am the gypsy king and I am still here, the number one “. So Tyson Fury just finished the match, prelude words to the usual singing performance in the ring dedicated to his wife. He showed up at the appointment at 125 kg (against 108 of the opponent), not too beautiful to look at, especially when compared with Wilder’s sculptural physique. But as for the art of boxing … Fury has proven to be a great one. He always kept the match under control, both when in the third round with a right hook he inflicted the first knock down on Wilder, and paradoxically when, touched by the right, he went down twice in the fourth.

… but Tyson is in another category

Fury was cold, even in knowing how to make the most of the arbyrus count to recover, so he showed off a remarkable variety of shots, shortening the distance with shrewdness so as not to allow Wilder to arm the bazooka. He exhibited phases of absolute boxing: the dodge and the right hook with which he knocked Wilder to the ground in the tenth round, starter of the inevitable epilogue of the following recovery, was the best thing of the match. Wilder seemed turned off already at the halfway point, in the sixth round, not surprisingly constantly monitored by the doctor. His was an apology for courage and suffering, he demonstrated exceptional inner gifts. But you can’t hold the world with one fist.

With Fury firmly on the tone of the WBC, the moment of reunification of the belts under the rule of a single champion is approaching – more or less. The Wbc gave the Brit 30 days to come to an agreement with the Ukrainian Usyk, champion for the Wba, Ibf and Wbo. But Usyk himself should be ‘forced to a rematch with Joshua, whom he beat two weeks ago, as stipulated in the contract. The second, probable hypothesis, would move the reunification later, after the defense of Fury against the winner of Whyte-Wallin. In short, a nice puzzle: luckily there are matches like the one in Las Vegas to clear your mind.