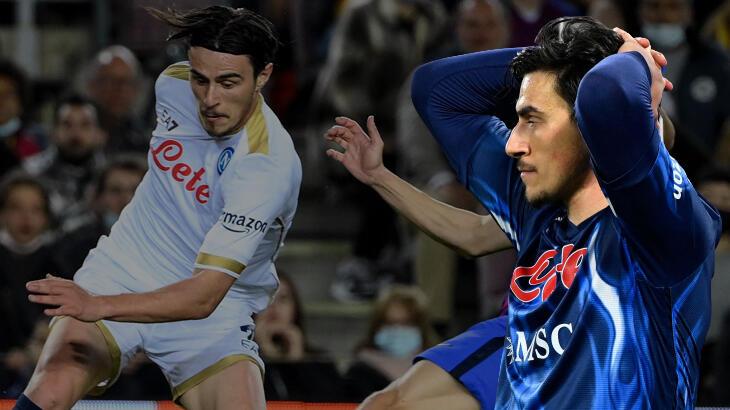 Eljif Elmas, one of Fenerbahce’s former football players, has performed effectively in Napoli this season. Experienced football player managed to attract attention in Serie A giant. The fact that Eljif Elmas is one of the influential names in the summer transfer period has also led to improvement in providing bonus income to Fenerbahçe. Here are the details of the breaking news…

He played in 39 games

The North Macedonian midfielder has been among the indispensable names in Napoli this season. The 22-year-old football player had a chance in 39 official matches. The experienced player succeeded in airing the opponent’s nets 6 times. Eljif Elmas made 6 assists to his teammates.

The North Macedonian player’s contract with Napoli will expire on 30 June 2025. The current market value of the experienced football player is shown as 24 million euros. Napol paid a transfer fee of 16 million 200 thousand euros to Fenerbahçe to transfer Eljif Elmas.

Inter and Milan in the transfer race

An active summer period is expected for former Fenerbahce player Eljif Elmas. Napoli’s 22-year-old midfielder has become one of the favorite names of Serie A with his performance, while Inter and Milan are said to be in a transfer race for him.

According to Marca’s report, Milan stepped in for Eljif Elmas. But to finish this transfer, they will have to beat their arch rivals Inter.

It is stated that the negotiations between the clubs are at the beginning level at the moment. Due to the possibility of Franck Kessie to go to Barcelona, ​​Milan brought up the possibility of swapping while trying to finish the transfer of Eljif Elmas. An estimated 35 million euros for Eljif Elmas is being discussed, while it is reported that Milan will offer Ante Rebic in a swap. However, it is estimated that Napoli’s president, De Laurentiis, will not be willing to trade.

EARTHQUAKE IN THE SUPER LEAGUE TEAM!Göztepe President Mehmet Sepil resigned from his post! After the Abramovich allegations…View News

Inter also wanted it during the Conte era

In Inter, the transfer of Eljif Elmas gained priority after Barella’s name was mentioned with Real Madrid. It is known that Inter wanted Eljif Elmas during Antonio Conte’s term and his situation was followed closely while he was in Turkey.

Eljif Elmas was transferred to Napoli in 2019 for a transfer fee of 16 million 200 thousand euros. Under the terms of the agreement, Fenerbahçe has a share in the next transfer. But this is not a variable amount with an upper limit. Fenerbahçe has the opportunity to receive a bonus of 1 million 500 thousand euros, depending on the transfer fee to be obtained by Napoli.

The 10 second Y-Brush toothbrush drops to less than 100€, and it’s satisfied or your money back!