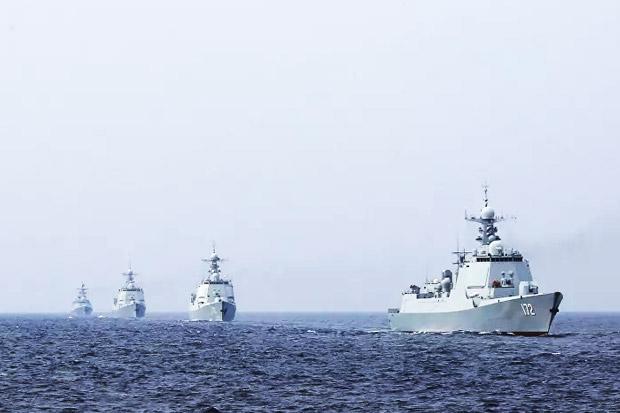 Chinese media, Global Times reported, PLAN will close two areas of the South China Sea off the coast of southern China’s Guangdong Province to maritime traffic which is the location of maritime exercises.

The report did not name the Chinese warships taking part, but according to satellite imagery obtained from the European Space Agency last week, the PLAN carrier Shandong was in the South China Sea at the time, and the amphibious assault ship Hainan was also there earlier in the month. this.

The Global Times noted that the exercise demonstrates the readiness of PLAN forces, which have seen a marked increase in activity by the United States and its allies in waters across China, particularly in the South China Sea, in recent months and years. (28/7/2021).

It was based on the automatic identification system (AIS) cited by British media.

The Royal Navy’s new aircraft carrier, weighing 72,000 tonnes, embarked on its first duty tour in May. The ship stopped at many ports along the way and conducted exercises with the navies of several countries, including the US and India.

“It’s true that we exercise and defend rights, and we do so from the Ukrainian territorial sea to the South China Sea,” Raab told the foreign affairs committee in Britain’s parliament.

The UK defense ministry also revealed last week that two RN warships would be permanently stationed in the region by the end of this year. However, British Defense Secretary Ben Wallace gave no indication of which ships to deploy or where they would be based, although RN operates facilities in Brunei in addition to its base in Singapore.

Britain has supported US efforts to delegitimize China’s territorial claims to several small island groups in the South China Sea that overlap with those of other regional nations, including Taiwan, the Philippines, Brunei, Malaysia and Vietnam.