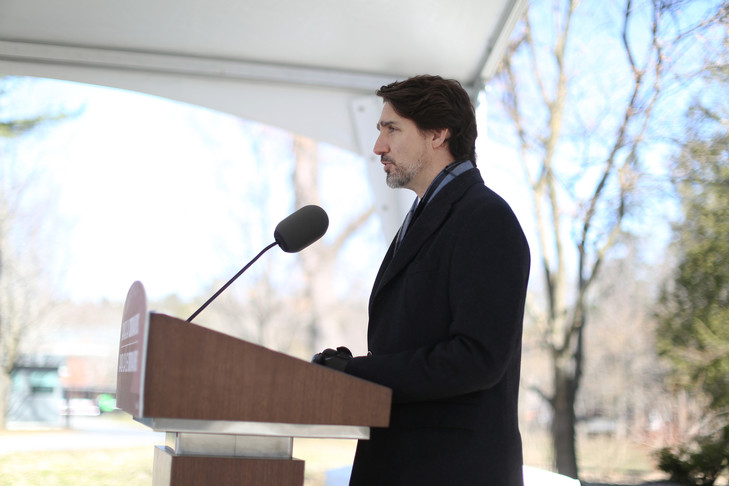 Justin Trudeau had promised it during his first election campaign, but his engagement has so far been unheeded. The tragedy in Halifax, Nova Scotia on April 18, the worst killing in Canadian history, changed the game: without seeking the approval of Parliament, the Prime Minister of Canada signed a decree banning firearms on May 1 assault.

Now the use, sale, import and transportation of military-type assault weapons _ 1,500 models are affected, according to Ottawa_ are prohibited.

“These weapons were designed for one purpose only: to kill the greatest number of people as quickly as possible. And they have no use and have no place in Canada “said the Prime Minister of Canada at a press conference.

“Across the country, many people use firearms legally and responsibly, whether for work or hunting. But you don’t need an AR-15 to shoot a deer. ”, he added.

This ban is accompanied by a two-year period to allow current owners of these weapons to comply with these new provisions. A buyout program, like the measures taken in New Zealand after the Christchurch massacre, will be debated in parliament.

Rarer shootings than in the United States, but not exceptional

This type of weapon, which is particularly dangerous because it makes it possible to fire several bullets quickly, is very often used during the numerous mass killings which regularly mourn in North America.

Although less frequent than in the American neighbor, they are not exceptional in the country with the maple leaf. The Halifax tragedy on April 18 is the deadliest in Canadian history with 22 deaths. But already three years ago, on January 29, 2017, a man close to far-right circles, Alexandre Bissonnette, opened fire on the faithful gathered to pray at the Quebec mosque, killing six people and seriously injuring several other.

Before the events in Nova Scotia, it was a tragedy in Montreal that had made an impression: on December 6, 1989, a 25-year-old man saying “Anti-feminist” went to École Polytechnique and shot exclusively at women, killing 13 female students and a secretary.

Weapons under debate in Canada

Justin Trudeau’s flagship promise to ban assault weapons, made during the election that brought him to power in 2015, was reiterated during the legislative elections in October 2019. But disagreements over this issue within of his party, the Liberal party, had led him to procrastinate until the slaughter in Nova Scotia.

Less sensitive than in the United States, the question of firearms remains a delicate subject in Canada. According to a study published in 2018 by Small Arms Survey, a Swiss research center, the country ranks fifth in the world in terms of weapons possession in relation to the population, with 34.7 weapons per 100 inhabitants. The United States leads, with 120 firearms per 100 inhabitants, ahead of Yemen, Montenegro and Serbia.

The debate will now continue in parliament, which will notably have to decide on a point that remains ambiguous for the current owners: many activists in favor of arms control fear that the buyout is not, ultimately, an obligation, but only a possibility.

Police officer is said to have beaten journalist

MORTALITY: INSEE notes a sharp increase in deaths in institutions for the elderly