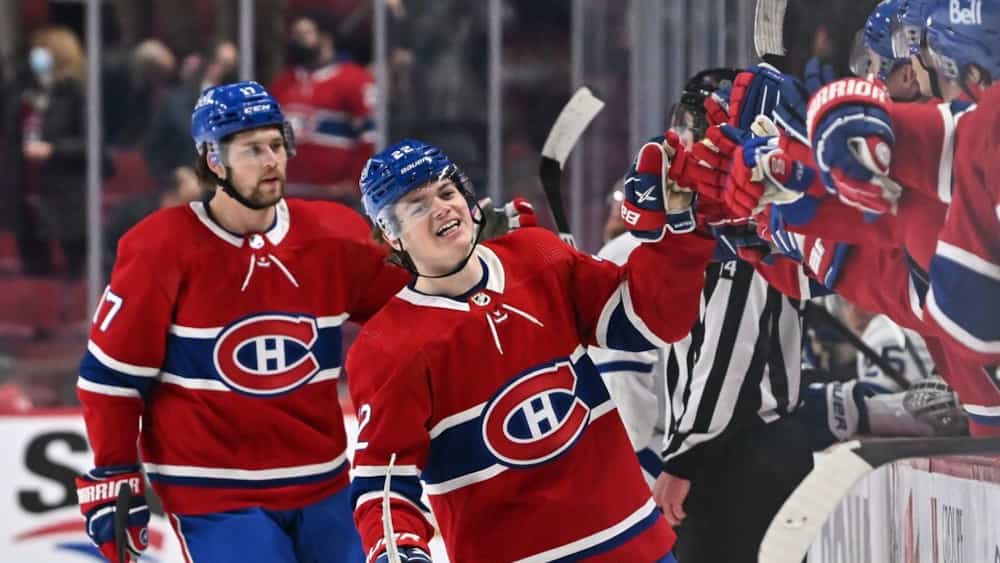 Cole Caufield has been unstoppable since the hiring of Martin St-Louis.

The Montreal Canadiens forward continued his momentum Monday night against the Toronto Maple Leafs, scoring his fifth goal in six games under his new head coach.

Caufield accepted a fine pass from Josh Anderson on a two-on-one run to double the Habs’ lead late in the first period.

It was also his seventh point in six games with St. Louis behind the bench.

Watch his latest goal in the video above.