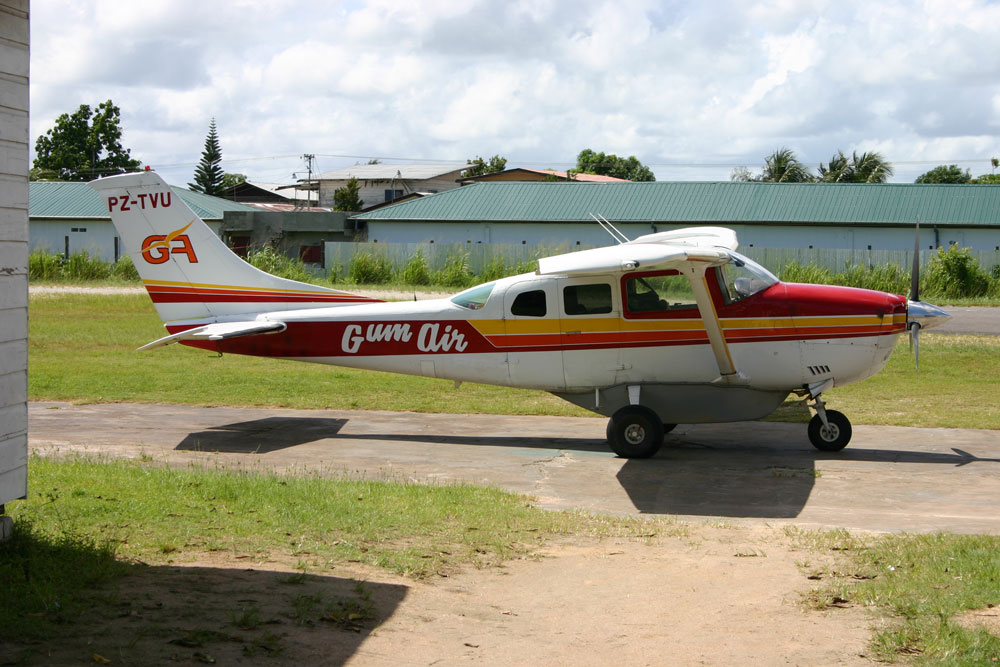 The five occupants, allegedly members of the Medical Mission, and the pilot were then transported by helicopter to the Academic Hospital in the Surinamese capital. The device is considered a total loss.

The six-seater Cessna 206 Stationair of Gum Air had departed from the Paramaribose city airport Zorg en Hoop with the destination of the airstrip near the hamlet of Godo-olo in the Surinamese interior, south of Stoelmanseiland. It had engine problems soon after take-off and the pilot had to make an emergency landing. That also did not go smoothly: the device broke and lost several parts.

The chosen location for the emergency landing was a stretch of unpaved path near Paranam, one of the old mines of the state bauxite company Suralco, about 40 kilometers from Paramaribo.

A Cessna 206 is a device that has been produced since 1962. At least 10,000 copies of the different variants and models have been built.

Zorg en Hoop Airport is located in the middle of Paramaribo, and has a runway of 650 meters in length. Gum Air, in 1971, maintains a single scheduled service from Zorg en Hoop Airport, but is primarily a charter airline. Until Wednesday’s crash, the family business had three Cessna 206s, four Cessna 208 Caravans, a Britten-Norman BN-2B Islander, two De Havilland Canada DHC-6 Twin Otters and a Robinson R44 Raven I helicopter.

The Surinamese aviation authority CASAS is investigating the case.