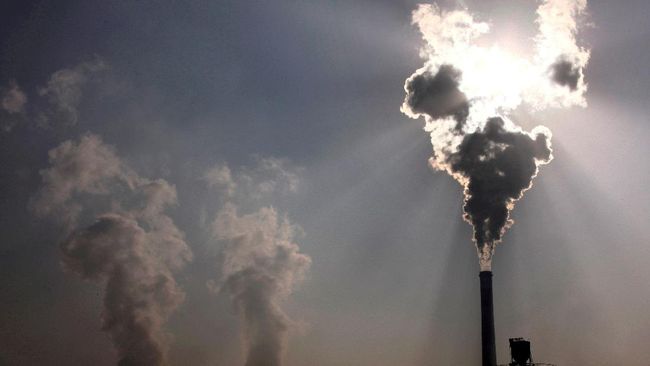 Jakarta, CNBC Indonesia – Flood disaster reportedly hit the main coal production center in China. This has sent coal prices soaring and made it difficult for Beijing to cope with the ongoing electricity shortage.

Citing the provincial Emergency Management Bureau, heavy rains forced the closure of 60 coal mines in Shanxi province. The province is China’s biggest coal mining hub, where a quarter of the production of ‘black gold’ is made there.

This made the price of thermal coal futures, mainly for generating electricity, soar to an all-time high Monday (11/10/2021) in the local commodity market Zhengzhou Commodity Exchange. The price has doubled so far this year, as much as 12 percent to 1,408 yuan (US$219) per metric ton.

Whereas coal is the main energy source in China, both for heating, power generation and steelmaking. Last year, coal dominated China’s total energy use, up to 60%.

This is believed to make electricity for residents even more difficult in the middle of the cold winter season. At least the energy crisis in China has widened to 20 provinces in recent weeks and has caused electricity rationing by the government to both household and industrial consumers.

“Since the beginning of this year, energy prices on the international market have risen sharply, and domestic electricity and coal supplies have remained tight,” China’s State Council said in a statement. CNN International, Tuesday (12/10/2021)

“Those factors have caused power outages in some places, affecting the normal operation of the economy and the lives of residents.”

It is also believed to be detrimental to China’s industrial output and economic prospects. Moreover, China’s electricity needs are currently increasing in line with improving world conditions which increase global demand.

“China’s power outages will add to the economic pressure, weighing on GDP growth for 2022,” Moody’s analysts said in a report.

“Risks to GDP forecasts could be greater as disruptions to production and supply chains come in.”

Previously, the post-pandemic construction boom made China very dependent on fossil fuels. While on the other hand, the Xi Jinping government is working to reduce carbon emissions that have caused hundreds of mines to close and cut production since the beginning of this year.

Another problem arises when China, the world’s biggest coal consumer, is at loggerheads with its main supplier Australia. The situation becomes complex, making the energy crisis even more so.

Meanwhile, this energy issue is also affecting e-commerce businesses in China. Approaching the year-end shopping season, this energy problem is believed to be weighing on consumers.

China’s main e-commerce trading hub, Yiwu city, Zhejiang province is currently battling power outages. Whereas all the kitchen utensils, electronic toys and other goods will originate in the city during China’s “Single Day” at the end of the year which usually generates tens of billions of dollars for Chinese retailers each year.