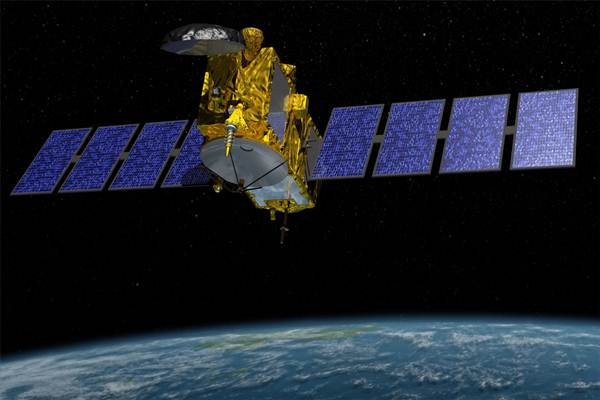 Bisnis.com, JAKARTA – According to scientists, China will soon have a lunar observatory that will form part of a radio telescope that will cover an area 30 times the size of Earth.

The unprecedented infrastructure, according to them, could be ready in about two years, will be built in two stages. First, the communications relay satellite for the China Chang’e 7 mission will be launched and converted into an orbiting lunar observatory.

A number of observatories on Earth would then combine to form a gigantic antenna network, technically the equivalent of a radio telescope nearly 400,000 km (250,000 miles) wide. In comparison, the world’s largest single-disc telescope is the China’s Spherical Aperture Spherical (FAST) radio Telescope.

The very long space baseline interferometry, expected to be launched before 2025, will be the largest facility ever created for astronomical observations, according to the researchers.

“It can produce images of some important celestial phenomena such as black holes and gravitational lenses with unprecedented resolution in the X-ray band,” said a project scientist who asked not to be named because he was not authorized to speak to the media. SCMP.

In theory, a telescope stretching from Earth to the moon could capture the action at a baseball game on Mars. The greater the distance between the two observatories, the higher the image resolution.

While studying distant galaxies, Cambridge University astronomers Martin Ryle and Antony Hewish noticed that the same radio signal could be picked up by different observatories at different times.

If observational data from these sites are precisely coordinated and analyzed together, astronomers can obtain images at a much higher resolution than that achieved by a single observatory. Ryle and Hewish shared the 1974 Nobel Prize in Physics for their discoveries.

The first black hole images were produced in 2019 by the VLBI network’s Event Horizon Telescope, which uses observatories around the world to effectively create Earth-sized diameters.

Russia and Japan have each launched satellites to expand the scale of VLBI observations beyond Earth, but not as far as the moon.

There are some question marks, over the feasibility of the Chinese project. In order to operate like a single telescope, data collected at different locations must be timed accurately. This requires an atomic clock known as a hydrogen maser which can work for a long time with very high stability.

But size and weight constraints mean the precision of hydrogen clocks on satellites tends to be less than on larger machines on Earth, usually by an order of magnitude. It is uncertain that small and distant observatories in lunar orbit can stay in sync.

Watch the selected videos below:

3-month driving ban for postman after fatal accident with motorcyclist: “A young family broken by inattention”

Amund’s OBOS tip: He’s done it before, but how motivated is he?