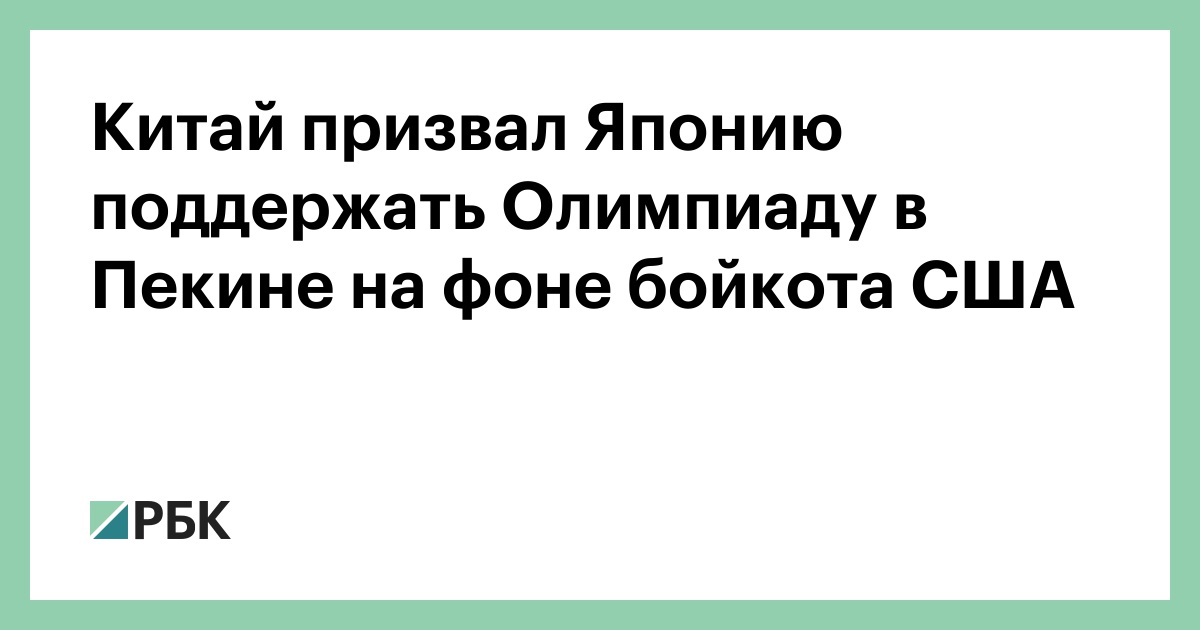 Beijing supported the Tokyo Summer Olympics “with all its might”, now it was Japan’s turn to support China. This was stated by the official representative of the Ministry of Foreign Affairs of the People’s Republic of China, Wang Wenbin, TV Asahi reports.

“There is an important common understanding between Japan and China that they support each other in hosting the Olympic Games. Now it’s Japan’s turn, ”Wang Wenbin said.

He stressed that any action that turns sport into a political issue “under the pretext of so-called“ human rights and freedoms ”is contrary to the spirit of the Olympic Charter. China is “strongly against” this, added a Chinese Foreign Ministry spokesman.

As the newspaper The Asahi Shimbun writes, Prime Minister Fumio Kishida, commenting on the US decision on a diplomatic boycott of the Olympics, said that Japan will make an independent decision on this issue, “based on national interests and taking into account the importance of the Olympic Games.”

In France, it was reported that they are not planning a boycott of the Beijing Olympics This is a modern crocodile fossil that is 155 million years old, has 30 sharp teeth and weighs 500 kg