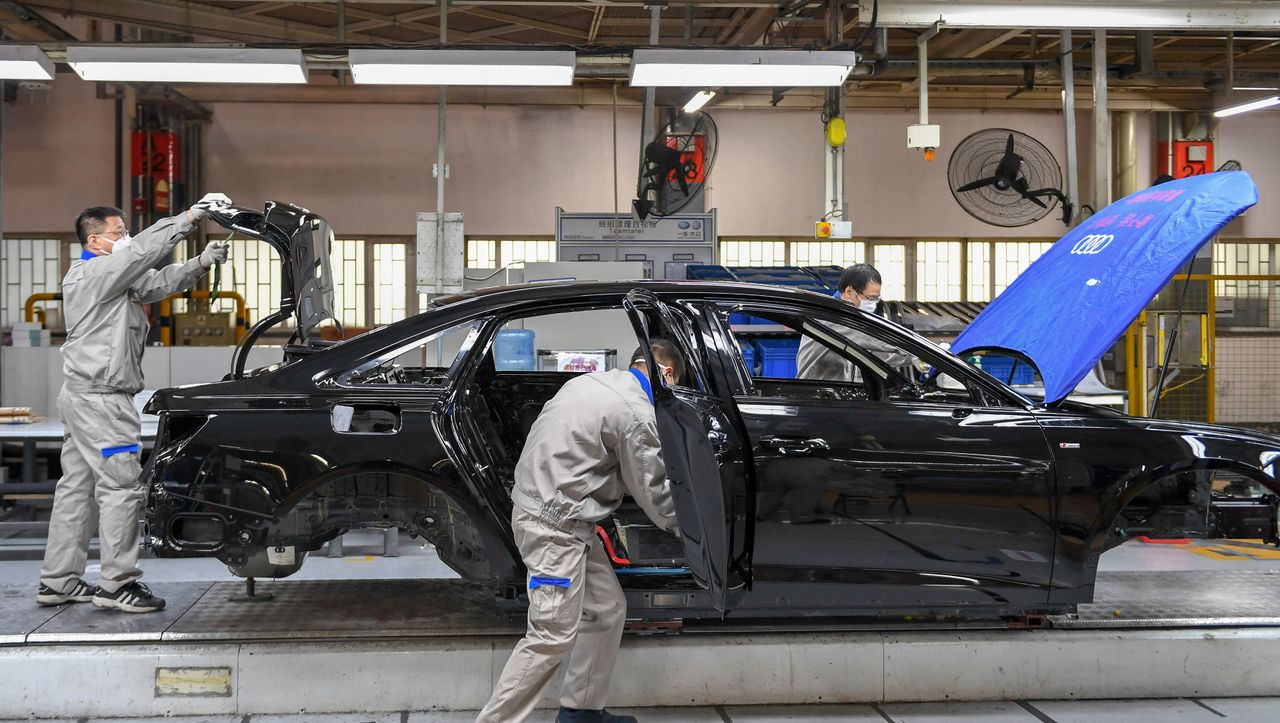 In view of the apparently receding coronavirus in China, the automotive industry has hope. The auto industry association CAAM claims that business will recover in March and normalize by autumn. Volkswagen is also back to normalization in China by the middle of the year.

At present, all but two of the 33 plants in the country are all online again, said a VW China manager. “We are essentially on the move in one shift.” This will be ramped up successively, so it should switch back to the two-shift operation in the component factories in the coming days. Manufacturing in three shifts is common in China’s industry.

“If this continues, we are cautiously optimistic that we will be back at the previous year’s level in June or July,” it said. The group’s internal supply chains have so far been maintained. Deliveries from China to other regions of the world have also not ceased. There was only “a critical component”, but there was no need to worry about a lack at the European locations.

The Chinese authorities partially lifted their quarantine requirements in Hubei’s capital Wuhan for some key industries on Wednesday, allowing some people to return to work. Honda resumed production at a city auto plant. Nissan has also announced that it will partially restart production.

Virus control measures in two other cities in the province – Qianjian and Shishou – and in the Gongan and Zhuxi districts are also to be eased again.

CAAM representatives had said last week that a drop in sales of five percent can be expected for the year as a whole if the virus spread is to be contained by April. Already in 2019, sales fell by 8.2 percent due to new emission standards and the trade conflict with the USA.

The Chinese government’s senior medical advisor, Zhong Nanshan, believes the epidemic could be global “over by June.” The prerequisite is that all countries mobilized to fight in a similar way to China, according to the epidemiologist. According to the Chinese authorities, it is thanks to strict measures such as the almost complete closure of Hubei that there have been no major outbreaks in other cities.

China said the epidemic had peaked and new Hubei cases had dropped to single digits for the first time. “Overall, the epidemic for China has passed its peak,” said Mi Feng, a spokesman for the National Health Commission. “The number of new cases is declining.”

When is there a vaccine against Corona?