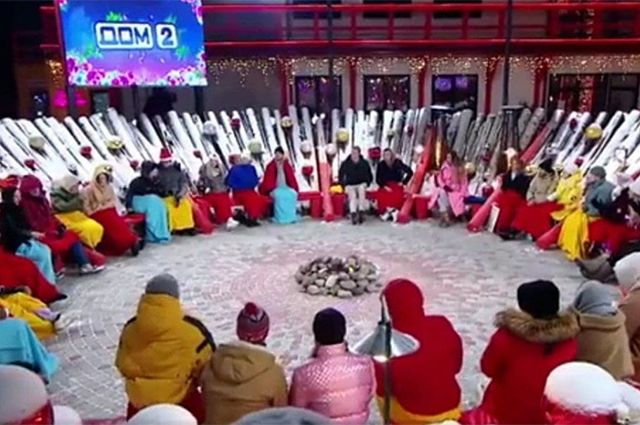 The closure of the reality show “Dom-2” caused a serious storm in Russian social networks. This program, in which the participants “built love” for many years, has been aired on TNT since 2004 and was one of the old-timers of modern Russian television; at the same time, the question of its completion has long become rhetorical. The ratings for the show were decent, the participants and presenters regularly became stars, the audience was divided into those who “did not watch, but condemns”, and those who watched and loved. So the completion of “House-2”, which TNT announced at the end of last week, was in a sense a shock for everyone — no one expected such a move.

Why was Dom-2 closed?

“A social springboard for many famous people — the television project “Dom-2” has become legendary. This is a school and an encyclopedia of relationships, a social section of society and plots, as if peeped through the window of a neighbor. All this allowed the multi-million audience of the TV project to remain loyal viewers of “House-2” for 16 years, and the show itself — get the status of a national hit “, — this is how the creators’ view of their show is described in the channel’s message.

They also remind you of other achievements — several thousand participants from all over the world have visited “House-2”, who played about 30 weddings; in addition, the couples from the show had 14 children. But a long time has passed since 2004, and everything has changed.

“Over the 16 years since the launch of Dom-2, the television space has changed a lot — more than four hundred TV channels appeared in the country. Intense competition for viewer attention from social media and YouTube. In order to remain competitive, it is necessary to focus even more on what is the essence of the TNT brand, on what we do better than others. These are 2 things — the most popular TV series and humor in the country. Everything else must go away ” — is talking TNT director Roman Petrenko.

“Dom-2”, obviously, does not fit into this concept — if only as a material for numerous jokes of Comedy Club residents. According to Petrenko, the channel’s slot show will be replaced by a line of 5 stand-up programs.

On the other hand, according to KP, Dom-2 had other problems. — The management of the holding was dissatisfied with the program, and the audience’s interest (and rating) was falling.

Will it be closed or not?

In principle, the era of “House-2” on TNT seems to have really come to an end. The channel promises to tell the details of what is happening in the release of the show on Wednesday, December 23, and the big two-hour final of “House-2” will be released just before the New Year — December 30th.

But there are many incomprehensible moments with the program itself. — it looks like it will stay with the audience, but in a different format and on a different platform.

In principle, immediately after the news about the closure of “House-2” one of the participants in the show Victoria Bonya told the Mash channel that she was already called for new filming, which will take place in February 2021 — and this means that the program is not closed completely and irrevocably.

The director general of Dom-2, Alexander Rastorguev, said this to 360. “It does not close, but it ends its appearance on TNT, it’s true. <...> I will not comment on anything — you will see everything on the air ”, — said Rastorguev.

Show host Vlad Kadoni on his Instagram blog, he also urged fans not to despair.

In general, it is expected that Dom-2 will change its format and that it will move to another TV channel or one of the online platforms, KP writes with reference to the words of an anonymous employee of the show. At the same time, part of the staff may be fired, as well as the departure of one of the most popular participants among the audience. There is no information on the new format of the show yet. Former participant of “House-2” Maria Kohno told “360” that it could be a “Tik-Tok-house” intended for teenagers. But Kohno doubts that such a project will be as popular as the one that went to TNT.