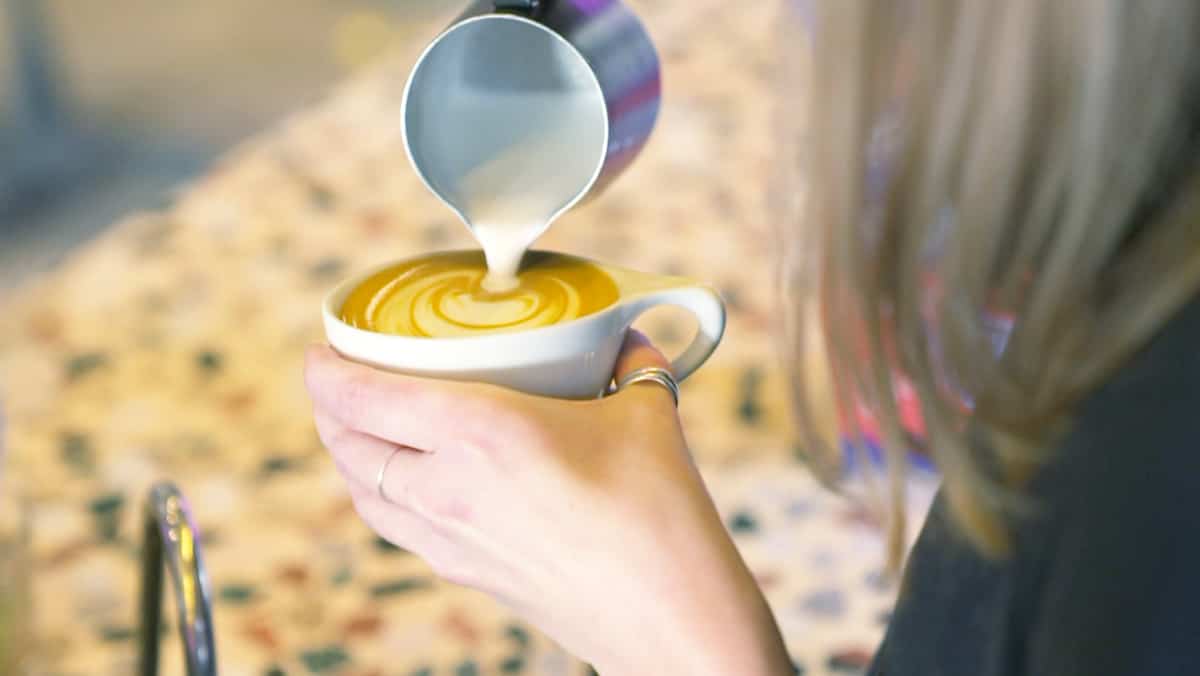 Roasters have been tearing their hair out for several months over the value of their raw material, which has doubled. Result: the consumer should expect to pay at least 25% more than at the same time last year for his coffee.

“It’s increasing terribly,” says Stephan Koury, of Union Café, about the second most consumed drink in Quebec after water.

So much so that the president of the independent Montreal roaster no longer knows “if it’s [lui] who manages the warehouse or whether the warehouse [le] manage”.

A cup of cappuccino that is currently worth $3.90 would even have to sell for $6.37 for industry players to maintain their profit margins. This is what Sébastien Grenache, president of Café Saint-Henri, which has nine establishments, suggests.

Sébastien Grenache (left) is president of Café Saint-Henri, and Maxime Fabi, of Café Faro. The two roasters face dizzying price increases. For a year, they have been so fast that they have to absorb a large part of it.

This hypothetical jump of 63% is explained by cost increases in green coffee, in transport and distribution, and in the energy used to roast the beans.

“The whole industry will have to look at the price of the product, whether it’s a specialty coffee or a convenience coffee,” he says.

The price of green coffee – the unroasted bean – had not made such a leap since 2010. The delivery of orders is also several months behind schedule.

“The rise is very steep”, also notes Maxime Fabi, of Café Faro. The Sherbrooke company, like the others, is facing “a perfect storm”.

“These are very reasonable increases in the context,” says Stephan Koury. Maxime Fabi speaks of “lost years” in order to keep the boat afloat.

“No one is spared”, repeat the two roasters. On average, they say, a pound of coffee that Quebeckers paid $10 not so long ago is now worth $12.50.

Between them, they market a maximum of 3 million pounds of coffee per year, much less than multinationals like Keurig, which has, among other things, Van Houtte, the best-selling coffee in Canada, in its portfolio.

Keurig, on the other hand, does not really want to talk about price. Our interview request was declined twice rather than once.

In Starbucks coffees, we were entitled to increases in October, then in January. More are planned this year, the company said last week.

Same thing at the Brûlerie St.Denis, in Montreal, where the price of coffees served on site increased in December.

“We are looking at it for the future, but we will have no choice but to do it again”, indicates the director of operations, Line Guérin.

Taïna Di Napoli, an entrepreneur who creates her own coffee brands, has received two raises in the past six months. “The pound of coffee costs me $1.40 more. It’s huge,” she said.

It counts a “large chain of bakeries” in Quebec among its customers. “That’s going to mean an increase of at least 70 cents a cup for the customer. We are talking about a cappuccino that will go from $4.50 to $5.20, for example”, she illustrates.

– With the collaboration of Richard Olivier

► The show J.E this evening looks at the reasons behind the dizzying rise in consumer prices in recent months. On VAT, at 9 p.m.

The price of green, unroasted coffee beans has skyrocketed over the past 12 months on the Chicago Stock Exchange, but that only partly explains the rise in the drink’s price.

“In normal times, we manage to compensate for the rise in the stock market thanks to bonuses”, explains Maxime Fabi, president of Café Faro.

The premiums are linked to the quality of the coffee and, like the rest, they are currently on the rise.

Take the example of Kenya AA coffee. If it sold for $2 a pound, the premium was $3. If the pound rose to $2.50, the premium dropped roughly to $2.50, which was almost the same for the buyer.

Hence the $2.50 more paid by Quebeckers per pound of coffee.

For Sébastien Grenache, of Café Saint-Henri, transport problems are easily observable. Since December, he has been waiting for a container of green coffee from Peru.

“Currently, no one is able to say when the container will arrive. He is still at sea,” he said.

And it’s not because he quibbled over the price of transport. “For the same container that cost me $3,000 before the pandemic, we are now being asked for $12,000,” laments the entrepreneur.

– With the collaboration of Richard Olivier

The most mysterious objects in our solar system