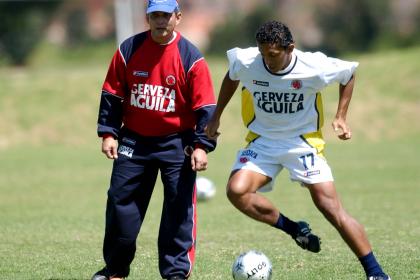 The Chilean coach, Reinaldo Rueda, said this Friday that his team’s performance was “acceptable” in the first four days of qualifying heats for Qatar 2022, despite having only added 4 points out of 12 possible, and affirmed that no rival passed over them.

“I think the balance is acceptable because of what the team did on the field, no team passed us by, a coherent game was played, new values ​​were projected,” Rueda said after holding a meeting with the president of the National Association of Chilean Professional Soccer (ANFP), Pablo Milad.

The coach revealed that in the meeting there were “many questions” about the evaluation of these first four qualifying rounds, which have left Chile in a situation that “is not easy” and that “is very sensitive” for what they wanted to conquer. in the four games and it was not achieved.

“Perhaps with the passing of the days we are analyzing that more objective, more precise evaluation, without the passion and without all the bitterness and projecting what the immediate future is,” said the coach, who will continue to lead the Red for the moment despite the doubts that arose after the poor results achieved. Of course, the decision is driven by the economic: 2.2 million dollars would cost his dismissal.

Precisely on the above, let us remember that the former Atlético Nacional is the main spare part for the Colombian Football Federation (FCF) in the event of an eventual departure of Carlos Queiroz. In this order of ideas, its ratification in Chile distances it from Colombia.

Rueda said that he “always” criticizes himself and also pointed out that the national team is going through a “rebuilding process” in an “atypical” year and that many of its players have not had regularity in their clubs. In addition, he recalled that in the first two days of playoffs he had up to five casualties of starting players.

Regarding the new values ​​put on the field, the coach said that “perhaps it was a daring to make their debut 16 players in four games” and asked rhetorically “if that is irresponsible or if that is the projection” that must be maintained. “It all depends on how you look at the evaluation, if the glass is half full or half empty for what is to come in the coming months,” he concluded.

Chile is in sixth place in the qualifying standings with four points after losing to Uruguay (2-1), drawing with Colombia (2-2), beating Peru (2-0) and falling to Venezuela (2 -1) on the first four dates. In the next two days, in March 2021, Chile will host Paraguay and visit Ecuador.