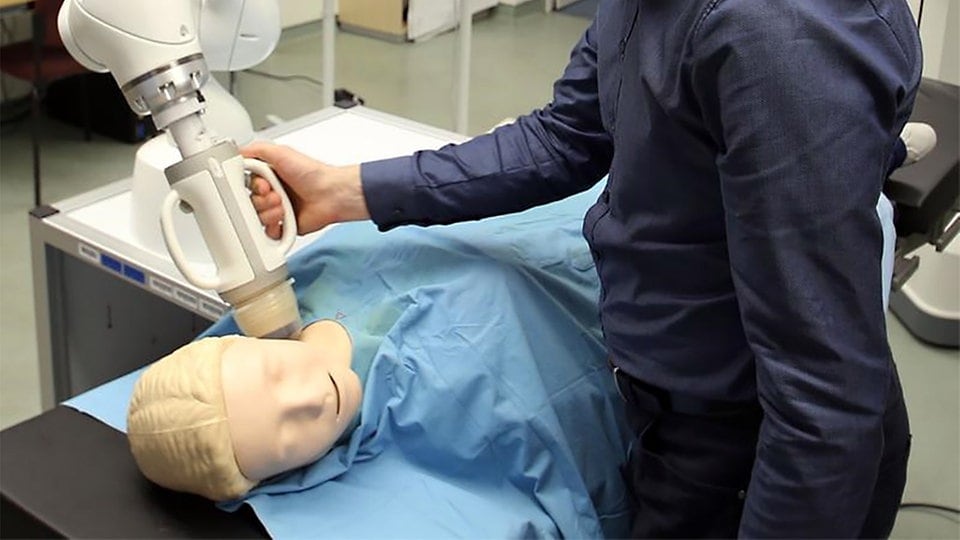 Attacking cancer cells with ultrasound or radiation – in itself old hat. What is new, however, is the approach taken by scientists from Dresden and Leipzig: They combine the two therapy approaches and tests, according to which this seems to be a promising approach. Why the combination of treatment methods? The radiation dose is often insufficient to destroy a tumor, and it often has serious side effects. If the radiation is supplemented by high-intensity mechanical ultrasonic waves, it seems, according to the research, to work better. In any case, it has been shown in the laboratory that cancer cells are more sensitive due to the influence of focused ultrasound. Project leader Professor Dr. Andreas Melzer says:

After the application of the sound waves, the cells react more sensitively to the radiation, so that the dose of ionizing radiation can be reduced and more tumor cells die.

He suspects that the side effects of the radiation are weaker and the therapy works better. Experiments have shown that the ultrasound influence prevents cancer cells from repairing their DNA damaged by the radiation. In tests with mice at the Fraunhofer Institute for Cell Therapy and Immunology (IZI) in Leipzig, reduced tumor growth was observed after the combined treatment. There was no discernible damage to healthy organs.

Preclinical experiments for the simultaneous treatment of cancer using radiation and targeted ultrasound are therefore also very promising. This form of therapy is conceivable for tumors in the brain, say the researchers, for example glioblastoma and prostate carcinoma. For patients, this could mean less surgery.

The study of the innovation center for computer-assisted surgery (ICCAS) of the University of Leipzig and the national center for radiation research in the oncology (OncoRay) in Dresden was in the trade magazine Cells released.