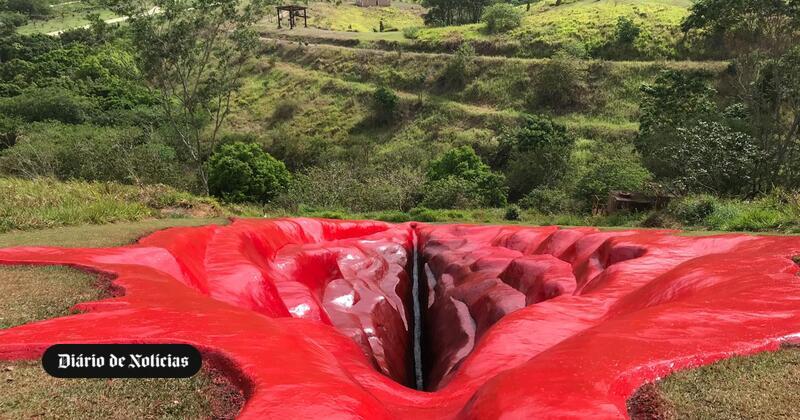 The plastic artist Juliana Notari wanted to “problematize the genre” and “question the relationship between nature and culture” in “western phallocentric and anthropocentric society” with the work Diva, a concrete sculpture. “Currently, these issues have become increasingly urgent,” he added in what appears to be a reference to the climate of intolerance of the power of President Jair Bolsonaro and his faithful. Whether these issues are going to be discussed or not will be known after settling the dust in the war that broke out between Bolsonaro’s allies and leftist personalities.

The concrete and resin sculpture, 33 meters long and 6 meters deep, based on a hillside of an old sugar factory in Água Preta, Pernambuco, drew thousands of people to social networks, not so much to debate the issues raised by the artist from Pernambuco, but more to a ping-pong between moralists scandalized by the representation and progressives.

The sculpture, according to information shared by the author, was made by a team of 20 people and took 11 months to be completed in the park.

Critics include Bolsonaro’s political guru Olavo de Carvalho. On Twitter, the man who argues that the Earth is flat apparently suggested that he respond with a sculpture of a giant penis.

On the other side of the barricade, director Kleber Mendonça Filho did not spare praise for Juliana Notari’s boldness and suggested that a book be published with the reactions to the work. “In the future it will become a document from the time when Brazil became a giant bong.”

Laerte, a cartoonist, also sees the work of art as “worthy” and with “enough to think about”.