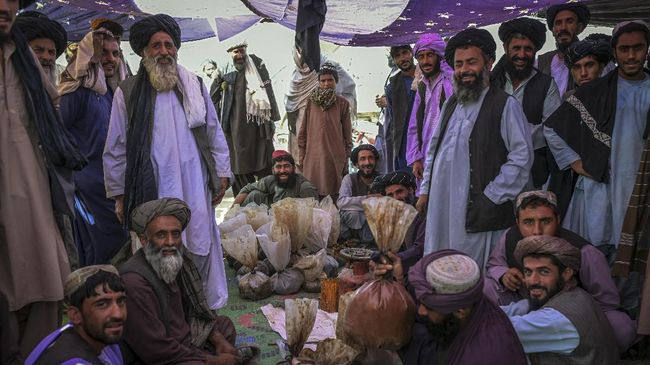 A series of news enlivened the international news on Wednesday (6/10), starting from the outpouring of the opium seller’s dilemma Afghanistan until the attitude of Indonesia and Malaysia responding to ship presence China in the South China Sea.

1. Opium sellers in Afghanistan: Haram but we have no choice

Opium traffickers in Afghanistan pour their heart out about their dilemma because they know drugs are forbidden in Islam, but they have no other choice.

“It is haram in Islam, but we have no other choice,” Masoom, one of the traders at the market in the Howz-e-Madad area, Kandahar, told AFP.

Masoom and a number of other traders later shared that the price of opium is now rising, especially after the Taliban banned the sale of the illicit goods.

The Taliban did ban the sale of opium to attract international support. However, the Taliban has also asked the international community to help find a way out for opium traffickers who have depended on this commodity for a long time.

Still in the region around Asia, Azerbaijan reportedly closed a mosque that also serves as the representative office of Iran’s top leader.

“The mosque and the representative office of Seyyed Ali Akbar Ojaghnejad, deputy supreme leader Ali Khamenei in Baku, were sealed and closed today by order of the authorities of the Republic of Azerbaijan,” Iranian state media Tasnim was quoted as saying. AFP, Tuesday (5/10).

Spokesperson for the Ministry of Interior of Azerbaijan, Eskhan Zahidov, claimed that the move was necessary due to the spike in Covid-19 cases in several locations.

The closure itself comes days after Tehran held war games near the border between the two countries.

3. Different Attitudes of RI and Malaysia regarding Chinese Ships in LCS

China’s movements in the region are also still a concern. Indonesia and Malaysia themselves have different attitudes when responding to the presence of Chinese ships around the sovereign territory in the South China Sea.

Meanwhile, Indonesia stated that the Chinese research vessel passing through the waters of the North Natuna Sea was operating in accordance with international law. TNI only shadowed the ship with KRI Bontang.