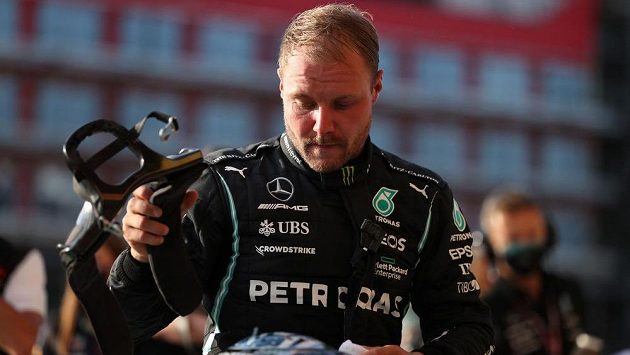 Finnish Formula 1 driver Valtteri Bottas will leave Mercedes after the season and will race for the Alfa Romeo team from 2022. He will replace compatriot and 2007 world champion Kimi Räikkönen in the Swiss team, who will end his career. A young George Russell is to head to Mercedes, which could jeopardize Hamilton’s position in the team.

Bottas’s departure from Mercedes has long been a public secret in Formula 1. As well as the name of his successor in the championship stable, which should soon announce the arrival of twenty-three-year-old British George Russell from Williams.

However, seven-time world champion Lewis Hamilton does not like his arrival very much. Russell is already very popular with the British audience and he also drives great. It could thus jeopardize Hamilton’s hitherto unshakable position.

Split in the team of the seven-time world champion! I really don’t like this, Hamilton is furious

“A new chapter in my career is opening. I look forward to helping the team move forward, especially with the new rules in 2022 that will give us a chance to make the performance leap,” Bottas said in a press release.

The 32-year-old Finn has been driving a Mercedes since 2017, when he came from Williams. In the colors of the German stable, he twice became world vice-champion and helped her to four triumphs in the Constructors’ Cup.

Bottas, who is second in Mercedes to seven-time world champion Lewis Hamilton, has won nine Grand Prix winners. He last triumphed in Russia last year. This year, his best result is second place from Austria, and he is third in the standings.

# F1 @alfaromeoracing announces @ValtteriBottas as their new driver for 2022 on a multi year deal.
The Finn will stay at @ F1 pic.twitter.com/8QYCjtZImg

“Valtteri was part of a stable that rewrote history. He is the right driver to help us take a step forward,” said Alfa Romeo director Frédéric Vasseur, who has worked with Bottas on Formula 3 and the GP3 Series.