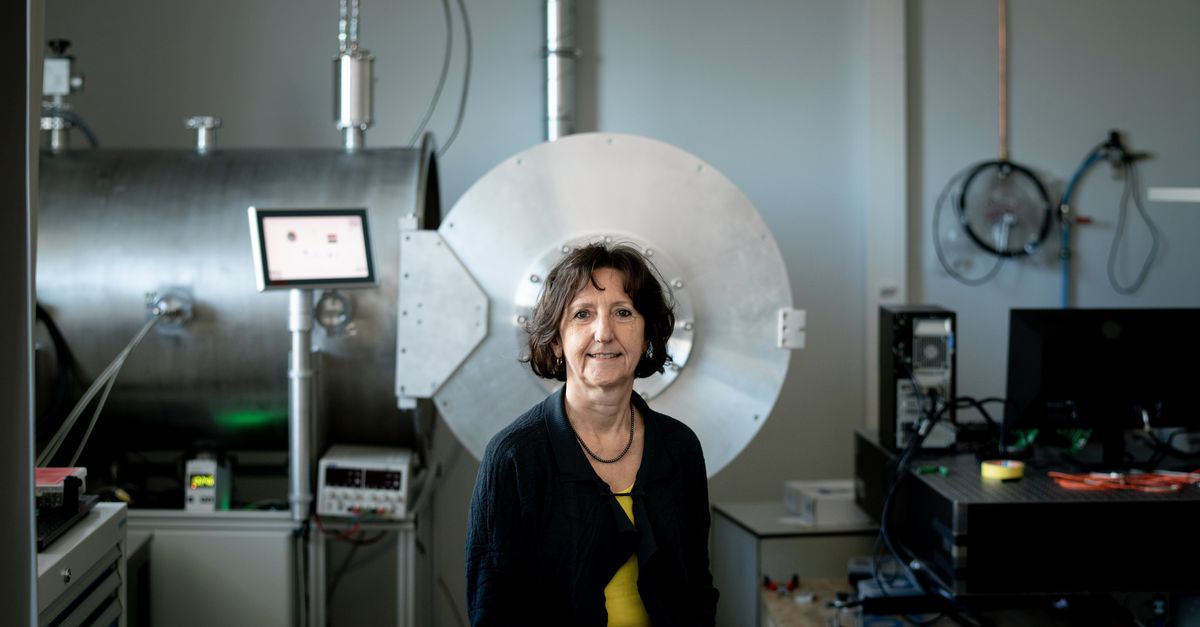 Until recently, it was impossible to study what was inside stars, but the study of stellar earthquakes changed that. “In classical astronomy, we had to deal with radiation coming to us from the surface of the star, but by studying the seismic properties of the star, we were able to see directly inside the star,” said Connie Aerts.

Connie Aerts (Brashat, 1966) math lessons at the University of Antwerp, and received his doctorate in 1993 in astronomy from KU Leuven. He is now a professor of astronomy at the same university. He is also a Professor of Seismology at Radboud University. In 2010 I wrote a standard work Asterose science.

Aerts is a professor at KU Leuven and Radboud University and one of the pioneers of star science, a field that deals with these complex vibrations in stars to study stars from within. It’s only been about fifteen years since we’ve been able to measure and manipulate these earthquakes at any scale, but the field has identified fundamental flaws in stellar physics and chemistry. Aertes’ contribution to this was made in the Netherlands this year with a foreign membership of the KNAW.

How did this stellar tremor occur?

“They appear in different ways. First, by convective motion inside the star and pressure waves, the kind of sound waves that create them. Basically we find this shape in stars like the Sun. For this type of wave, I often imagine a concert hall in a sphere, where someone does What a bell sounds, then the convective motion is a bell.

“There are also other ways to create stellar earthquakes, which you mainly see in more massive stars. Stars have deep nuclear fusion within them, which produces light particles, photons, that radiate outward. Some stars absorb this radiant energy in certain layers. and then convert it into energy. Kinetic. It’s a gravitational wave. They have a longer duration, and they also move differently. They are a more horizontal movement, whereas sound waves travel from the inside out. I often compare gravitational waves to waves in the ocean. If you plug in the waves, they will move. Basically horizontal.

I often compare it to an orchestra concert. You can also instantly recognize individual tools in this case as a person

How do we measure these earthquakes?

“The waves cause an up and down motion on the surface of the star. Suppose you are a gas particle in a star and a tsunami wave passes through it, then rises and falls. In the largest earthquakes, this difference reaches 10 percent of the stellar radius, but on the Sun they are no more than a few parts and a half the Diameter. The satellites we use do not measure the up-and-down motion, but the difference in brightness caused by the motion. This is actually the surface temperature, because the brightness of a star is mathematically determined by its temperature to the fourth power.

“It is a net effect consisting of all the individual vibrations. We use time series measurements with star brightness as a function of time. From that very long series of measurements, we then get different frequencies of earthquakes that occur simultaneously.”

“In stars, we measure very complex patterns of brightness. This way we know the different frequencies of each earthquake. I often compare it to an orchestra concert. As a human, you can immediately recognize each instrument in it. also. These individual frequencies are determined by the internal physics of the star.” So earthquakes are not an end in themselves, but it’s my way of studying the interior of stars.”

For this kind of search, we need a very long string of measurements

What do earthquakes say about it?

“The value of the vibration frequency is determined by the size of the star, the amount of matter it contains, and the chemistry of the star. We can learn a lot from him.”

The field is still young, so how did that happen?

Proud: “I grew up in Belgium. Theoretically, this field is already about 70 years old. Professor at Liege Paul Lido is spiritual father from stellar earthquakes. He made pencil and paper calculations of how the ball would behave if there was an up and down motion.

“But recently we were able to measure the earthquake correctly. We’ve been doing this for about 15 years from space using scientific satellites.

Observatory measurements are always interrupted, because you cannot measure stars during the day and stars are not visible all night. For this kind of research, we need a very long series of measurements, because the stellar vibrations that I find interesting occur at intervals of one to two days. If you can only measure a few hours at a time, you won’t be able to complete it. You really need years of continuous measurement of some kind of star.”

What have been his successes so far?

An important discovery concerns the internal rotation of stars, namely a Find Leuven From 2012. The older the star, the bigger it is. You’d expect it to spin slower on the outside, similar to a snowboarder stretching out his arms for a spin. Then spin inward faster. Based on this theory, we estimate the stars will live for 30 years.

“We now see, based on stellar quakes, that the slow outward spin is true, but the red giant’s inner spin is a factor of a hundred slower than we thought. We have seen this based on changes in seismic frequency. We’re still looking for a mechanism that explains the slower spin.”

“This rotational difference changes the age of the star, because the rotation causes the chemicals in the star to mix. If you go wrong with this spin, you are wrong in chemistry. So the earthquake images show us that the stellar physics and chemistry we have now is not enough.”

ESA’s Plato mission in 2026 will be the first major mission actually designed for Mercury science. What are your expectations?

Aerez shines when you talk about new missions. “Sometimes I call this assignment my third child. I’ve been involved in this project from the start. In order to measure stellar earthquakes correctly, they must have a high cadence in terms of measurement. For example, stellar earthquakes at sunrise and subsides in 5 minutes. , then measure every half hour is not enough [een eerdere ruimtetelescoop van NASA] Every minute can be measured by five hundred stars simultaneously. Plato could measure hundreds of thousands of stars at once every 25 seconds. This will result in a flood of new data.”

groups, qualified … the instructions for the draw for the 32nd finals