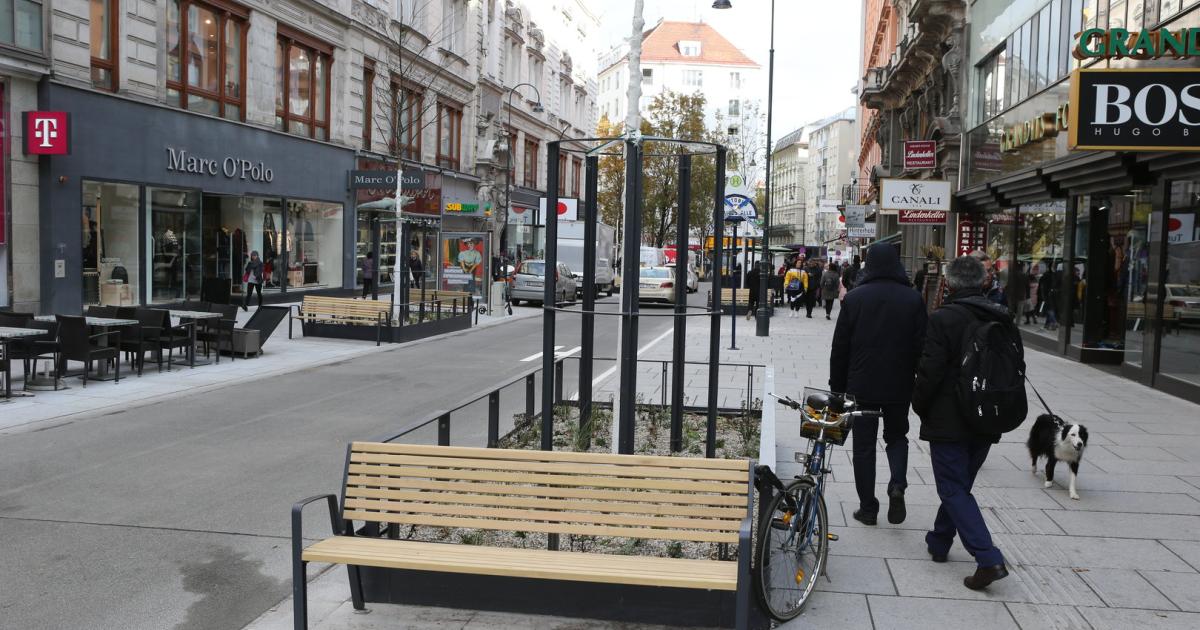 Many Viennese are eagerly waiting for it – and the dealers themselves. Tomorrow Tuesday are allowed in Vienna open around 4,600 stores in retail. These are all those who have less than 400 square meters.

It is not yet possible to estimate exactly how many will actually open. Because a company doesn’t have to open up if it doesn’t want to. But one thing is certain: the relaxation of the exit restrictions will bring more (business) life to all 23 districts.

“The companies can again contribute to the Viennese districts becoming lively village and market places,” says Rainer Trefelik, Chairman of the trading division of the Vienna Chamber of Commerce.

It is exciting to take a closer look at the numbers: Overall, in Vienna Open exactly 4,654 shops under 400 square meters on Tuesday. According to the supermarkets and drugstores that have already opened (1,267), most of them are clothing and shoe stores – namely 1,028.

There are 466 stores in the household goods category – which includes electronics, photography and multimedia. 364 stores sell home furnishings (from furniture to home accessories). A large number is in the “Other” category, which includes jewelers and toy shops. Here 1,529 shops are allowed to open again.

A quarter in the inner city

The Viennese are particularly likely to feel the economic revival in the small 1st district. After all, 1,018 of the affected stores are in the inner city, that’s almost a quarter. The 7th district with 306 shops and the 10th district with 287 shops follow.

Behind them are Josefstadt (252 shops), Landstrasse and Leopoldstadt (226 each). The numbers are the smallest in terms of area Liesing (57) and in Dobling (39).

All of these are not just numbers games: the opening is especially for the little ones Shopping streets significant. This is where life returns, as the Chamber of Commerce has calculated.

This can be seen from the example of Thaliastraße in the 16th district: So far, only 32 out of a total of 289 shops and facilities have been open there – that’s just 11 percent. These include grocery stores, tobacconists and drug stores, but also three Pharmacies, two doctors and a kindergarten.

Tomorrow Tuesday, 141 more shops – from opticians to cell phone shops to tailors – will be allowed to open. This means that a total of 60 percent of all shops and facilities on Thaliastraße are back in operation.

From mid-May, 55 restaurants will be added – with which 87 percent of the shops are open. The gastronomy may only unlock at this time under strict conditions. Which of these are yet to be determined. In any case, a limited opening time until 6 p.m. is expected.

Until then, it will take a while – which is particularly difficult for the entrepreneurs concerned: “There can be no talk of spring awakening in Vienna’s trade,” says chairman of the division Trefelik. It is all the more important that everyone adheres to the security requirements together in order to be able to reopen all shops as soon as possible and to avoid distortions of competition.

Baby with heart defect has corona: “Stay at home, do it for …

Corona in America: from dishwasher to the unemployed