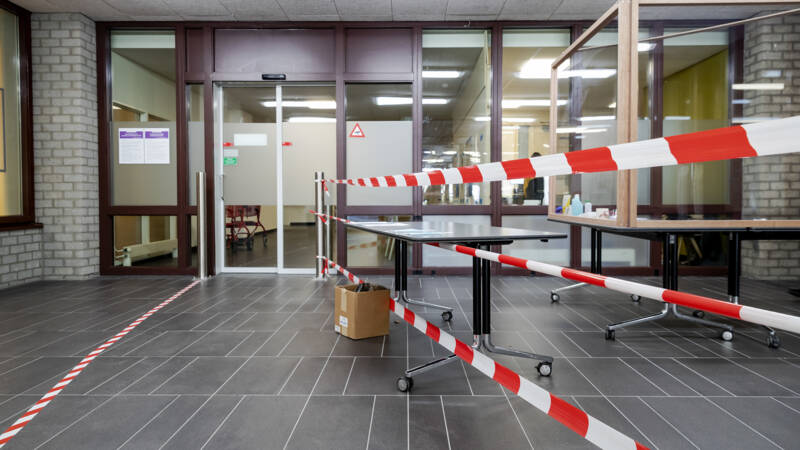 For fear of stigmatization, it was recognized much later in the Netherlands than in other countries that certain population groups run a higher risk during the corona pandemic. That is what professor of health care Maria van den Muijsenbergh and Armand Girbes, head of intensive care at the Amsterdam UMC in Amsterdam say.

The reason for their finding is the outcome of the covid-19 study among Amsterdammers with a migration background. This shows that Turkish, Moroccan and Ghanaian residents more often fell ill, ended up in hospital and died during the second wave. Never before has this been so clearly shown in health analyzes in the Netherlands.

The outcome came as no surprise to ICU doctor Armand Girbes. He warned at the start of the second wave, in October last year, that his IC was full of non-Western migrants. At the time, it concerned people from the first generation, he says now.

The overrepresentation was not unexpected for Girbes at that time. He had already received similar signals from Paris and America from colleagues and there was also American research available showing that migrants are much more affected by the virus.

This has to do with their living conditions and the work they do outside the home. Underlying, common health complaints also play a role.

To test his observation, Girbes called heads of the ICs in other cities. There his observation was confirmed, but to his great disappointment those doctors did not repeat it when journalists asked them for confirmation. “We don’t recognize it”, it sounded then, or “we don’t look at that, for us every patient is the same.”

Girbes is happy that it is now well substantiated, but as far as he is concerned, the problem should have been recognized much earlier. “Colleagues said to me, ‘how brave you raised it,’ but I got no public support from anyone.” He says he is saddened that much suffering could have been avoided had the overrepresentation been acknowledged earlier.

Van den Muijsenbergh, professor by special appointment of health inequalities, has also been looking for the consequences for certain population groups since the start of the pandemic. She knew the research from America, but also studies from Great Britain and Norway.

In the Netherlands, it is much more difficult to quickly obtain solid information, because we do not register ethnically here, says Van den Muijsenbergh. There is a lot to be said for this, she agrees, but in her opinion this should be the case in healthcare.

“General practitioners should write about their patients in the file what their ethnicity – mentioned by the patient – is what the parents’ country of birth is and the level of education,” she advises, because these can be important indicators for certain diseases.

According to Van den Muijsenberg, there is a reluctance to name problems within different population groups. “People are afraid that it will be abused to discriminate. Which also happened promptly when that IC doctor from Amsterdam rang the bell.”

“Nevertheless, it is wise not to be color blind and to register much more routinely. Then you can also talk about which groups should be vaccinated first, for example in Amsterdam the Ghanaians”, says Van den Muijsenberg. “But you can’t actually make such a call out loud at the moment.”

Girbes agrees. He recently argued in a TV program for faster vaccination of “high-risk groups”. He then consciously chose these words, because he no longer dared to mention that he actually also meant first generation migrants.

Alderman for Healthcare in Amsterdam, Simone Kukenheim, says that the signals have indeed been listened to. “But we did not only rely on suspicions, we also looked for possible causes to get a better picture. The research that was carried out by the GGD, among others, is therefore so important,” explains Kukenheim.

She points out that after the signals, the city has already started a campaign in the vulnerable neighborhoods. “The picture of health inequalities among Amsterdammers is not new. The city has been committed to tackling health inequalities for some time.” Corona has increased that urgency, according to the councilor.

At the end of the school year, Šuplinska offers not to require the use of face masks for students under 12 years of age