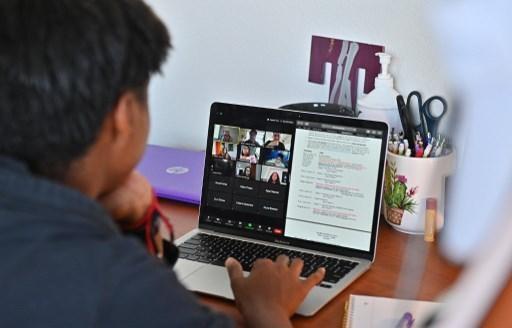 Suicidal attacks, anxiety, somatization: the mental health of a growing number of adolescents is deteriorating due to Covid-19 and you reconfinement, worries the professor of child psychiatry in Rennes Sylvie Tordjman.

– What do you observe at the Pole hospitalo-universitaire de psychiatry de l’Enfant et Adolescente that you manage?

– Sylvie Tordjman: In Rennes, compared to the same period in 2019, we welcome twice as many young patients in pediatric emergencies (for those under 16, Editor’s note) for suicidal crises, three times more for anxiety disorders with somatization (physical pain unexplained), and four times more for anorexic disorders.

Similar observations have been made elsewhere in France by my colleagues, for example at the Robert-Debré (pediatric) hospital, in Paris, Nantes and Limoges or in Nice, at the CHU-Lenval Hôpitaux (specializing in pediatrics).

For us, this outbreak is linked to re-containment. The figures were stable in Rennes in recent months, compared to the same period of 2019, including in October.

– Beyond the larger number of young patients, are the cases more serious?

– S.T. : In suicide attempts, there is an unusually high rate of hanging and defending. In addition, all young people aged 16 to 18 hospitalized in November 2019 in a short-term hospitalization unit then returned home with outpatient follow-ups. There, out of 11 young people hospitalized between November 1 and 12, 2020, only three of them were able to return home with outpatient follow-up. All the others were hospitalized long term for severe depression with risk of suicidal recurrence.

For anorexics, we observe the same aggravation. Usually, young girls with anorexia never go to the pediatric emergency room. There, they arrive in states of undernutrition and dehydration. They stop eating and drinking and that raises questions about possible suicidal tendencies. They are in a much more severe pathology than usual which does not correspond to the usual modalities of anorexia. The same observation was made in Robert-Debré as well as in the pediatric emergencies of the Toulouse and Rouen CHUs.

See also  The testimony of a doctor from Cipolletti: "We do not give more"

Usually, in the first half of November, we have at most in Rennes a single hospitalization for anorexia. This year, six teenage girls under 16 were hospitalized in the first week of November. Three of them were discharged last week, but they were then replaced by three new patients, with a total of six beds permanently occupied.

– Is reconfinement enough to explain this upsurge and what can relatives do?

– S.T. : We may be surprised by these figures because schoolchildren, college and high school students are educated at 50% face-to-face. But the general reconfinement leads to a decrease in social, sporting, cultural activities, etc. It is also a closed door which can further expose these young people to domestic violence.

In addition, the reconfinement is an event that repeats itself and prevents one from projecting into the future, starting with the Christmas holidays.

All this leads to a form of chronic stress, reinforced by social insecurity caused by confinement, attacks, the effect of seasonality (winter).

It is important that parents respect and make their children respect physiological rhythms with regular times for going to bed, getting up, eating meals, as well as physical and social activities. Beware of screen addiction! The desynchronization of biological clocks leads, according to many studies, to a vulnerability to anxiety, depressive and psychotic disorders which could contribute to explaining these abnormally increased emergency visits.