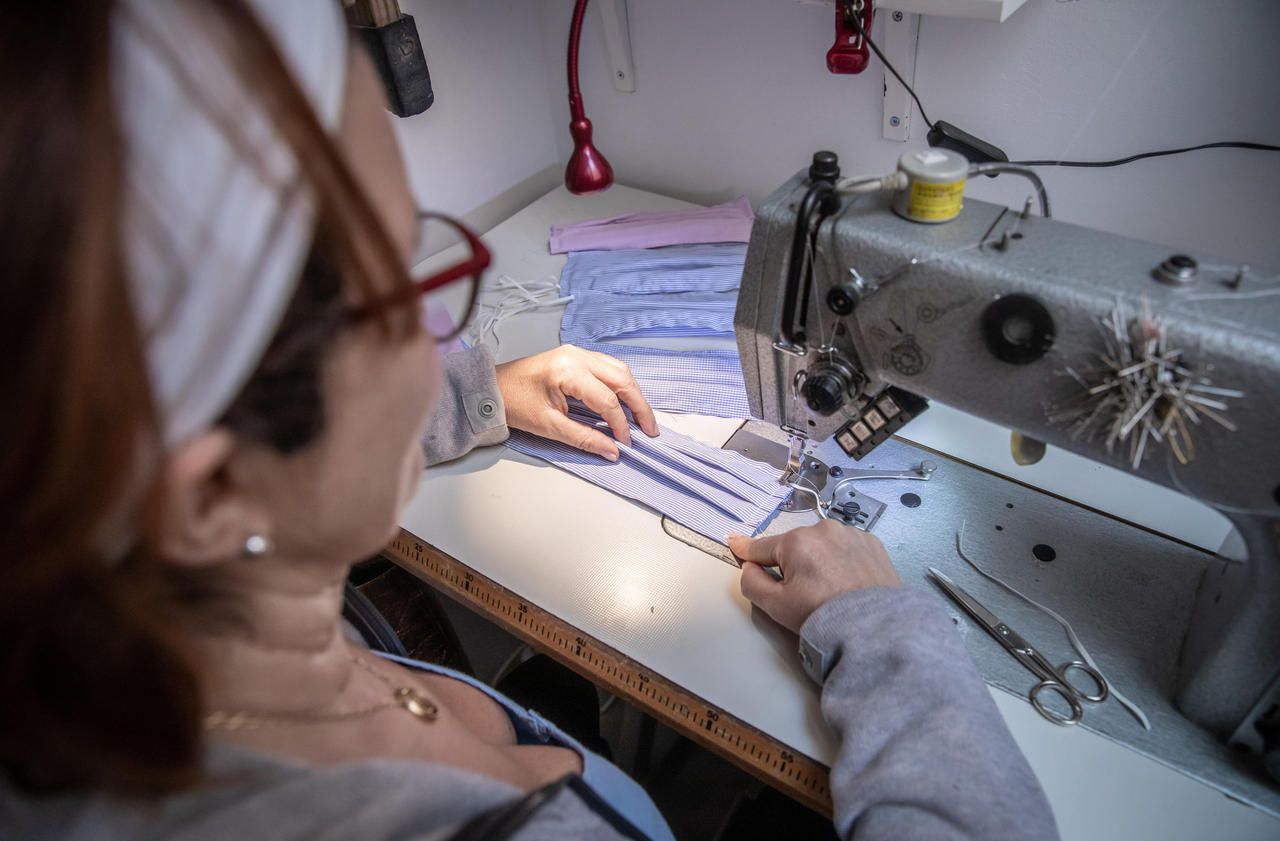 The government has changed its doctrine on wearing a mask in the midst of a coronavirus epidemic and intends to indicate that every effort is being made to increase production. On March 28, Prime Minister Édouard Philippe announced the government’s desire to mobilize the entire national production system in order to design cloth masks for professionals. “24 French producers will be able to produce almost half a million masks per day in the coming days,” he promised.

To meet the demand for masks for non-sanitary professional use, we have mobilized the entire national productive fabric: 24 French producers will be able to produce nearly half a million masks per day in the coming days. # COVID19 pic.twitter.com/WBC5Q3QM1X

Ten days later, this milestone is now exceeded, according to the figures provided by the government. 3.9 million masks were produced in the country during the week from March 30 to April 5. When contacted, Bercy said he hoped to reach the 6.6 million masks designed for this week alone. At the end of April, the executive expects a weekly production of 15 million cloth masks, confirming the information from AFP.

Who can benefit from it?

Concretely, the first category will thus concern cashiers, police, or even bus drivers. The second may concern employees working in the factory or on construction sites, for those who are not required by regulations to wear even more protective masks.

How effective are these masks?

Every day, new models enter the test phase. These examinations are carried out by the services of the Directorate General of the Armed Forces. To date, just under 150 models have been qualified for use by professionals, produced by 76 companies across the country.

The majority of French production would meet first category standards. “Among the masks tested, it is estimated between 70 and 75% the proportion of equipment qualified for the first category,” replies Bercy.

How much do they cost ?

It is still difficult to know exactly what the price of these masks will be, for several reasons. On the one hand because three channels are used to distribute them. For the public service, calls for tenders will be placed via the Ugap central (Union of public purchasing groups), on which the administrations will come directly.

For private companies, the government launched the stopcovid19.fr platform, initially created for the distribution of hydroalcoholic gels. Finally, some distributors, especially small ones, will sell their stocks on their own.

If some companies allow themselves to offer masks, most will not be free. “Companies must also find an economic model, explains the entourage of Agnès Pannier-Runacher. Employees work, production involves costs, producers must recoup their costs. “

If the ex-factory prices are variable, we can still establish a first range based on the various qualified models. “When leaving the factory, the average price of a mask is between 3 and 4 euros, we are told within the executive. But the range is variable, with prices which can vary from 1 to 10 euros ”. This difference is explained above all by the highly variable production capacities from one company to another, but also sometimes by the raw materials used.

Does France produce enough to cover the needs?

This is probably the most difficult question. France has the means of its ambitions. The answer is not obvious because, as the government has already demonstrated, doctrines can still evolve, which would in fact impact production needs.

What we can say today is that the generalization of cloth masks can potentially concern the entire French working population, less the unemployed. Just over 26 million people according to the latest figures from the International Labor Office. 26 million people who should still be removed from all health professionals, who must be equipped with surgical masks or FFP2 as well as all professions for which the wearing of more protective masks is required by law, which may be the case. case in the food or building industry.

On the other hand, fabric masks have the advantage of being able to be reused. According to the latest tests from the Directorate General of the Armed Forces, twelve models already qualified could thus be reused five times after washing, drying and ironing. If we consider that masks must be changed after four hours of use, the average lifespan of a mask could therefore reach three days.

Instead of shopping customers, Rotwild strolled in Parndorf – KURIER