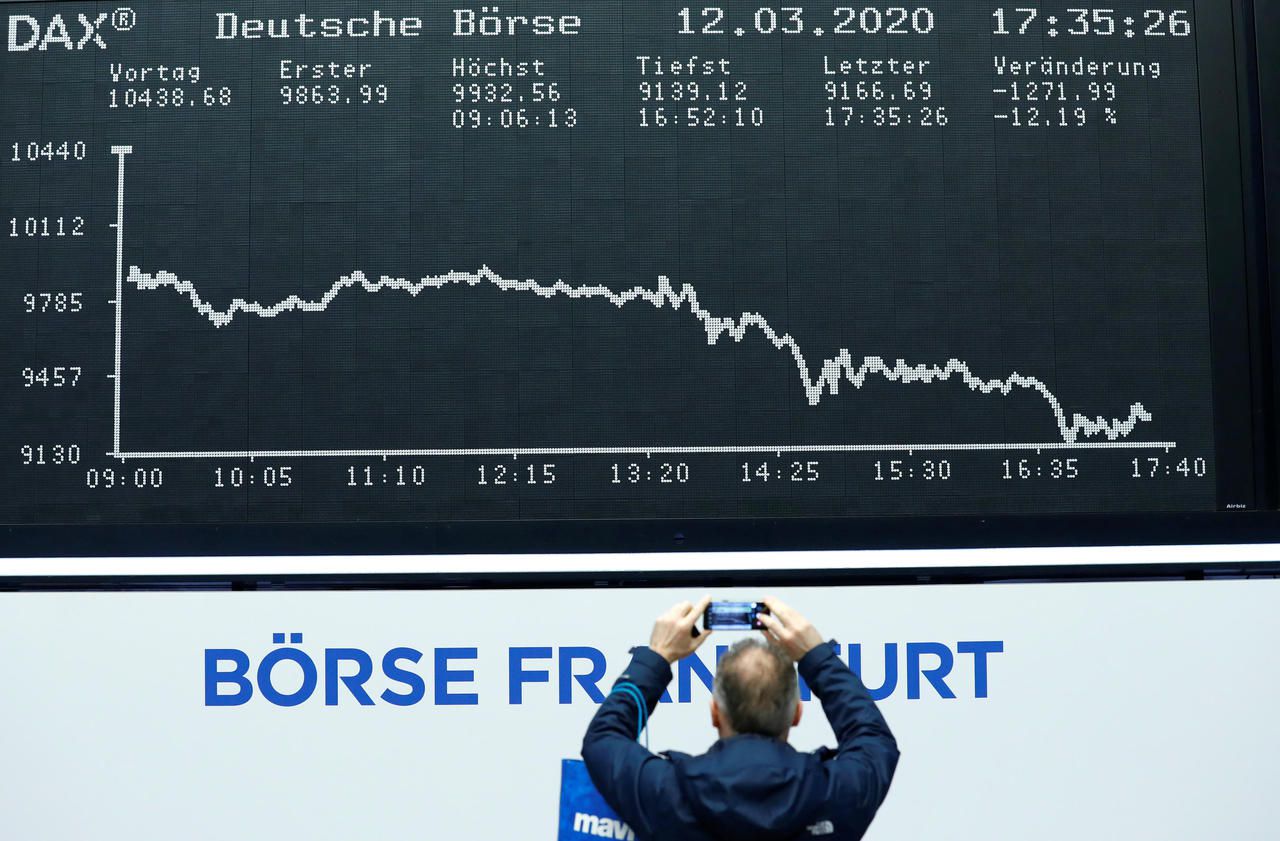 His speech was eagerly awaited. But this Thursday afternoon, the president of the European Central Bank (ECB), Christine Lagarde, did not convince. Worse: a few minutes after the publication of the ECB press release – even before the president spoke – the European stock markets collapsed. Milan (-16.98%), Paris (-12.28%) and Madrid (-14.06%) recorded the worst dives in their history at the close, London (-9.81%) and Frankfurt (- 12.24%) the worst for more than 30 years. And Wall Street is having its worst session since 1987, losing 10%.

This Thursday evening, during his televised address, Emmanuel Macron also strongly criticized the first decisions of the ECB. “Will they be sufficient? I do not believe that. It will be up to him to take new ones, “he tackled before warning the markets:” I do not know what the financial markets will give in the coming days but I will be just as clear: Europe will react in a way organized, massive, to protect its economy ”.

Pending a stock market reaction Friday morning following the speech of the Head of State, the markets completely unscrewed Thursday afternoon. “The markets have capitulated, loose François Chaulet, associate director of Montségur Finance. It is a crash that operates at an atmospheric speed. How did this happen? And what can we fear for the days and weeks to come? Here are some answers.

Why was Christine Lagarde’s speech so awaited? While, for the past few days, the member states of the European Union have been multiplying, without any cohesion, plans to fight the coronavirus crisis, the markets have been impatiently awaiting a strong – and reassuring – word from the ECB. Investors hoped that the new president would embody the backbone of the European plan to fight the global economic slowdown due to the pandemic. “We need an ambitious and coordinated fiscal policy,” she hammered into the introduction to her speech, before deploring “the slowness and complacency” of governments.

What solutions has it announced to fight the coming economic crisis? The ECB has said it plans to buy 120 billion euros in additional public and private debt by the end of the year. A way to relieve states and banks under stress in the face of the looming economic crisis. Another measure: the banking authority will soften the conditions for granting and renegotiating loans intended for “small and medium-sized enterprises”. Finally, it authorizes banks to operate temporarily below the current capital and liquidity requirements.

Why have the markets gone down? Because they expected better! They hoped that Christine Lagarde “takes on the role of the firefighter on duty, as Mario Draghi, his predecessor, had done for years, deciphered Christopher Dembik, chief economist at Saxo Bank. Instead, she blew on the embers. During his speech, the presidency indeed called on the states to take their responsibilities and their own measures, ensuring that the entry or not of the euro zone into recession “will clearly depend on speed, strength and the coordinated nature “Of the response” of all the actors “. But that’s not all. The markets – which hate surprises – had anticipated a rate cut… which did not happen! “They thought it would follow in the footsteps of the US Federal Reserve (Fed) and the Central Bank of England, analyzes Philippe Waechter, director of economic research at Natexis Asset-Management. Instead of pursuing this policy, Christine Lagarde explains to the markets that she does not have a magic wand and that she cannot replace public policies. “

What measure could make them smile? Some experts assure that the only good news can only come from an exit from a health crisis. “If tomorrow researchers announce treatment options or if we are proven, with supporting figures, that Italy has passed the peak of the epidemic, this will certainly be a way of reassuring the markets”, says François Chaulet.

Are we headed for a global recession, as in 2008? It is clear that the European stock markets had a black Thursday. The courses plunged “at high speed, much faster than in 2008”, recalls François Chaulet. Indeed, “they anticipated the coming global recession,” says Philippe Waechter. All question the ability of countries to cope with this shock. Everything will depend, according to specialists, on the duration of the coronavirus epidemic. “If it lasts two to three months, the recession will certainly be brutal and violent but the consequences will be less severe than in 2008 when layoff plans had put millions of people unemployed, analyzes the director of Montségur Finance. If the crisis is short, the economy will recover quickly. “