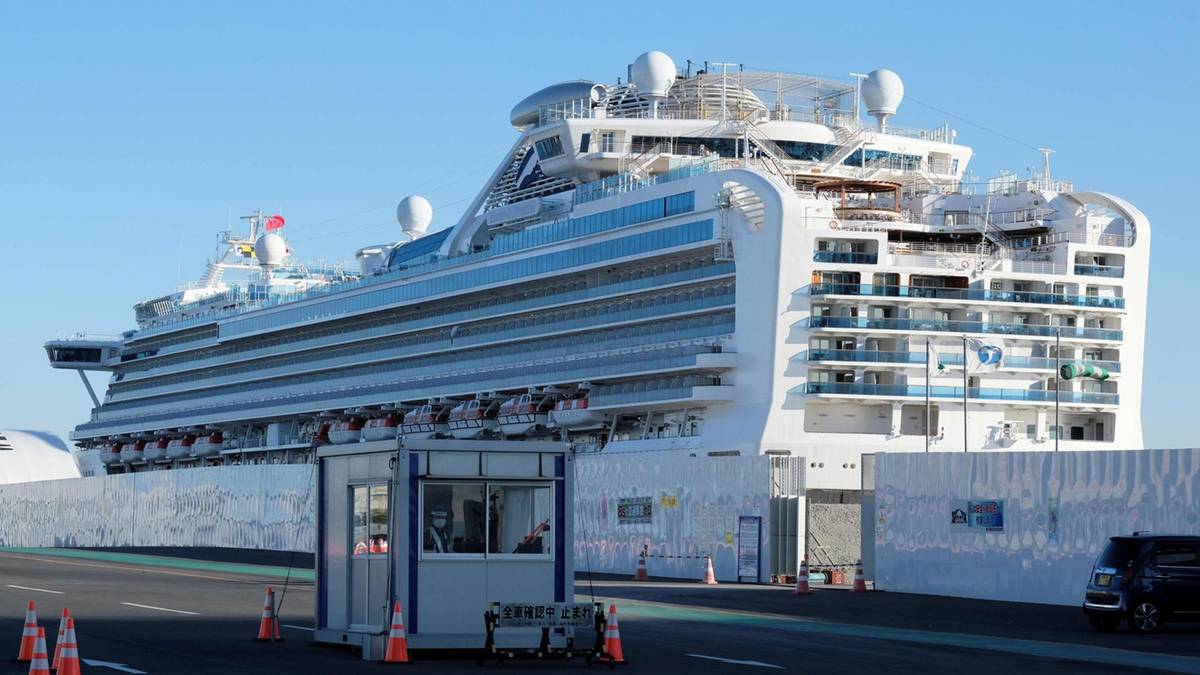 The corona virus continues to keep the world in suspense. The cruise ship “Diamond Princess” has become a symbol of the rapid spread of the virus and its effects in recent weeks. After the virus was found in some of the passengers, the 3,700 passengers had to undergo a quarantine off the Japanese coast for two weeks. In the meantime, they were allowed to leave the ship again.

As it should be, Captain Gennaro Arma was the last to disembark. The Italian had the ungrateful job of calming and keeping his passengers happy during the quarantine. Many passengers praised Arma for its crisis management. His employer, the Princess Cruises shipping company, wrote on Facebook: “In our eyes, he’s a hero.” The company thanked Arma and his crew for their service on board.

Many passengers also reported on the leadership qualities of the captain, who has been responsible for the “Diamond Princess” since 2018. With regular messages, he ensured that the travelers who were not allowed to leave their cabins for weeks or were only allowed to leave them for a short time during the day did not lose heart.

Via announcements, he provided the passengers with current information and tried to loosen the mood. “A diamond is a piece of coal that did very well under pressure,” was one of his messages, according to “CBN News” – that was Arma’s allusion to the ship’s name. “When we stand together as a family, I am confident that we will successfully complete this journey together. The world is looking at us. This is another reason for all of us to show our strength.”

The captain also ensured that his passengers did not have to spend Valentine’s Day quite so bleakly. He sent chocolate to the booths and quoted a famous sentence from the Bible: “Love endures everything, it believes everything, it hopes everything, it tolerates everything.” A passenger had already tweeted during the quarantine: “One reason why there was no panic was the quality of the captain’s leadership. I hope that such men lead our country.”

Praise from the Italian Foreign Minister

In his home country of Italy, Arma is called “Anti-Schettino” – the alternative to the captain of the “Costa Concordia”, who had left his ship in an accident in 2012 before all passengers were saved. Foreign Minister Luigi Di Maio was “impressed” by Arma: “People like Gennaro Arma are the symbol of a strong Italy that never gives up.”

Arma herself is humble. “It is a new situation for all of us, but we are calm. There is not much to do on board, my only job is to take care of the passengers and the crew,” the 45-year-old told his wife in just a few days said before the quarantine was lifted, the Italian newspaper “La Repubblica” writes. After leaving the ship, Arma and his crew must remain in quarantine in Japan for another two weeks.

Coronavirus infection was found in more than 700 people on board the “Diamond Princess”. Several passengers on the cruise ship have since died of the lung disease. According to some researchers, Japan’s quarantine arrangement has resulted in an avoidable number of infections with Covid-19. According to a study published in the Journal of Travel Medicine, the Swedish epidemologist Joacim Rocklöv claims that if Japan had let the initially 3,700 passengers and crew members off the ship immediately upon arrival, not so many people would have been infected with the pathogen.