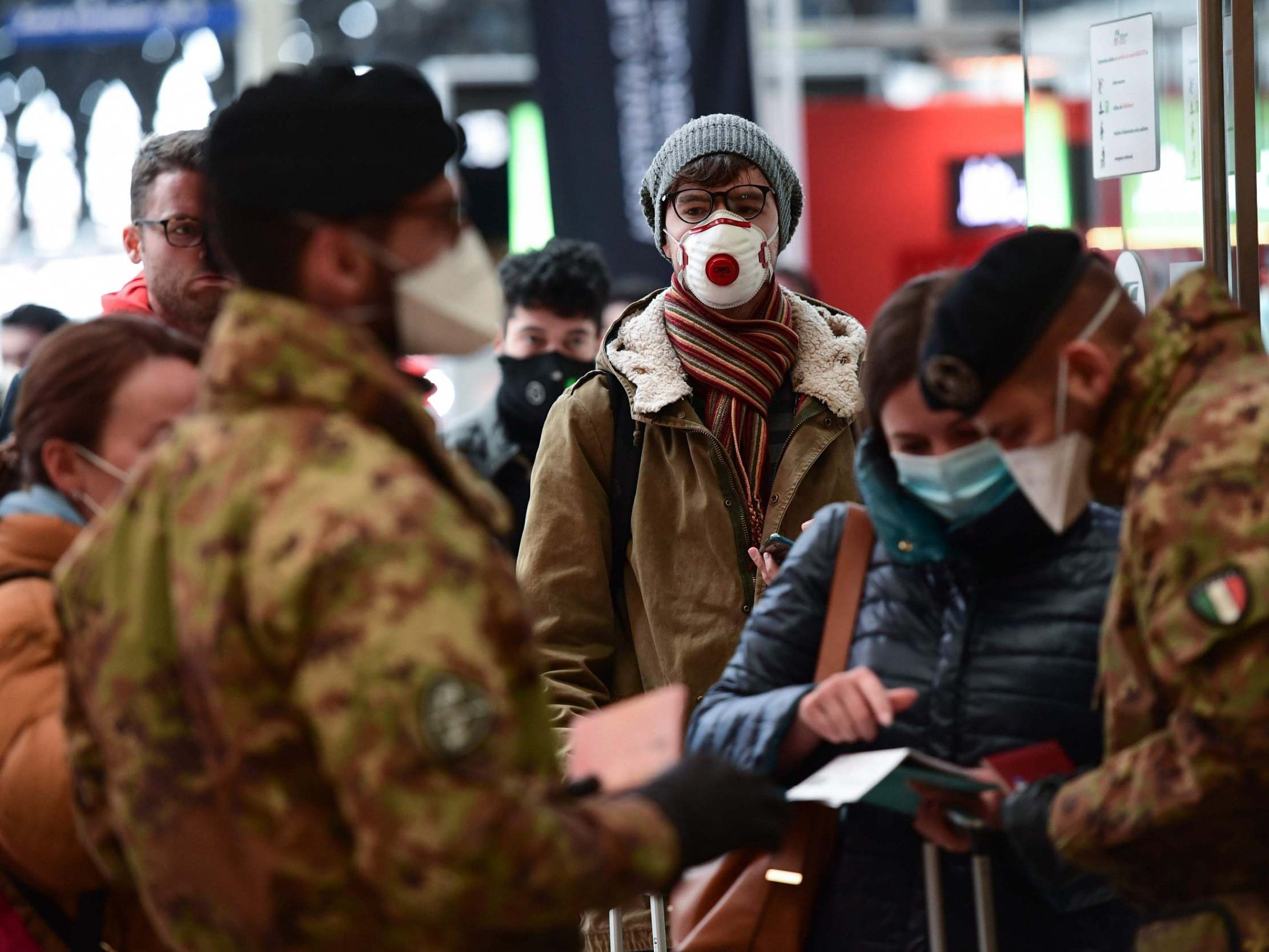 Diseases recognize no borders, but somehow, two and a half months after coronavirus emerged in eastern China in late 2019, it is now Italy, 5,400 miles away, that has the second highest number of cases. .

Italy was among the very first countries to stop direct flights to China, schools in the north of the country closed on February 24 and universities and all other schools were closed in early March.

But despite containment efforts, the number of infected people jumped to 9,172 on Monday, while the death toll rose to 463.

The virus is now found in every region of the country, but 85% of cases and over 90% of deaths occurred in the north.

The wave of cases has prompted the Italian government to approve further emergency measures which, starting on Monday morning, significantly limit the movement of 16 million people, mainly in the north of the country.

The blockade applies to everyone in Lombardy and the other 14 central and northern provinces that now require a special permit to travel. Milan and Venice are both affected.

When the news of the quarantine plan was released to the media on Saturday evening, it triggered panic, with many people quickly attempting to escape the blockade in the north.

Under the new measures, tourists and residents seeking to enter or leave the affected areas must provide the authorities with a valid reason to travel, show an identity document and provide a phone number, or they may risk fines.

Schools will be closed until April 3 and public meetings, including all sporting events, have been canceled. Theaters, cinemas and other entertainment venues across the nation have been ordered to suspend their activities and a strict curfew at 7pm for bars and restaurants operates in the block areas.

“We want to guarantee the health of our citizens. We understand that these measures will require sacrifices, sometimes small and sometimes very large, “said the Italian Prime Minister, Giuseppe Conte.

“We are facing an emergency, a national emergency. We need to limit the spread of the virus and prevent our hospitals from being overwhelmed. “

Fabrizio Pregliasco, a virologist from the University of Milan, said: “The virus is putting a strain on our healthcare facilities and we must limit the children they meet”.

Speaking to Bloomberg, he said: “Closing schools is a necessary measure because it will help limit dissemination.”

Meanwhile, in South Korea, which is the country with the third most infected population, after Italy passed it as the second most affected country, officials today reported 69 new cases, the lowest daily increase in two weeks.

Also in China, there are only 40 new cases, representing the lowest increase since January 20, with governments largely crediting the slowdown to rigorous containment.

In an attempt to explain the high mortality rate in Italy, the authorities drew attention to the aging of the country’s population as a major cause.

“In the case of the coronavirus, we must consider the fact that Italy has an elderly population, actually much older than the Chinese one, which must be protected from infection,” said the Italian National Health Institute to the Italian news website The Local Thursday.

Furthermore, the rapid launch of tests in Italy in recent days has also been cited as a reason why a number of cases seem to have increased so rapidly.

The World Health Organization said that overall infections have probably been underestimated, as many are asymptomatic or very mild, but Italy has carried out large-scale tests on tens of thousands of people in an attempt to fight the virus rapidly spread, causing a sudden increase in the numbers diagnosed.

For people living in the Lombardy region in quarantine in Italy, life continues – albeit under the most restrictive movement limits since World War II.

A web developer said it in the city of Lecco, 30 miles north of Milan The independent that until the number of cases increased over the weekend and the introduction of travel repression was introduced on Monday, it felt that the impact of the measures had been felt less sharply.

“Things have changed this morning,” he said. “There are policemen who enforce [the lockdown] on the streets and in railway stations. People can move, but they have to fill out the forms. The bottom line is that the government is strongly asking people to stay where they are and to limit all unnecessary contacts.

“But I don’t live in a big city and the situation I perceive when I was at the supermarket is that people are actually quite calm. There have been a few complaints, but it’s not as if people were going out of head or become violent.

“You can feel, even at home, that there is less noise, fewer people around, and I wouldn’t have said the same thing last week. Something has visibly changed in the past two days. This has been fast. In two weeks the situation changed very quickly, but that’s just my perception. “

He added: “In Lecco things are calm, but in Milan it’s not exactly the same. Services are under pressure.”

In the UK, where five people have died and 319 people have been diagnosed with the virus, many look to Italy as a guide to what they could keep the next few weeks.

The UK government said on Monday that people who show signs of “even minor” fever should insulate themselves for seven days.

The administration of Boris Johnson has been criticized for not having taken more incisive measures to stop the spread of the disease, such as the closure of schools and the interruption of flights to Italy, but the prime minister said it is “fundamental” make the right decisions at the right time.

Public Health England has said it will launch “enhanced monitoring” of flights from all parts of Italy from Wednesday.

The League studies playing all games behind closed doors

“He has 276 days in jail”: the leader of the Light of the World will remain in detention until April for his slow criminal process | United States Univision News