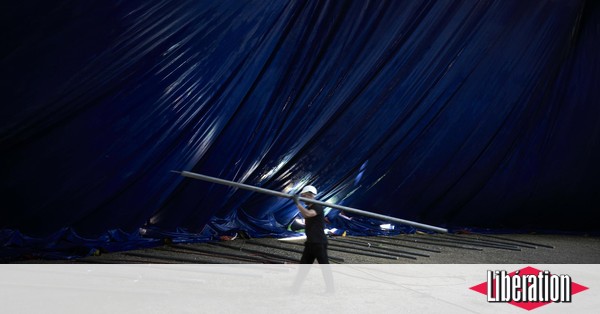 Event cancellations have increased since the ban on gatherings of more than 1,000 people, and the cultural sector has been hit hard. The most precarious, intermittent workers, risk losing their income and losing their status. There is an emergency, especially for Florian. He is a musician, settled in Brittany. “Five of my contracts have already been canceled. That’s about 60 hours of work, “ he laments. The bassist was to play at the Nuit de la Bretagne, at La Défense Arena, in Paris, canceled at the last minute.

Normally, intermittent worker status is a safety net, allowing artists or technicians to benefit from benefits during non-working days. To obtain it, you have to accumulate 507 hours of work over twelve consecutive months. This represents for Florian “Between 43 and 44 fixed-term contracts per year”. Also called an “extra contract”, this particular fixed-term contract allows the hiring of employees for specific tasks, often very short, adapted to the temporality of the cultural sector. After 507 hours in twelve months, the intermittent worker is assigned an “anniversary date”, the day on which entitlement to benefits is opened. From there, he received the following year, for each day he was unemployed, a journalistic package indexed to his income.

“Intermittent workers risk losing their status when their rights are next calculated”, alert Ghislain Gauthier, deputy secretary general of the CGT federation for entertainment. If the crop is at a standstill, this will shift the period taken into account for the calculation of their allowances. “In fact, hours worked more than twelve months before this new anniversary date will not be counted, explains Lucie Sorin, member of the Union of Performers (SFA). The social benefits are likely to be very heavy. ”

Contract volatility adds to the concern of intermittent workers. If employers may invoke force majeure to cancel contracts already signed, “The majority of contracts are in fact signed at the very last minute”, explains Ghislain Gauthier. “In practice, performance schedules are sent upstream to intermittent workers, who block their dates without having signed anything.”

Read alsoCoronavirus: in the cultural sector, “the survival of the most fragile is under way”

“It is common practice. There is a form of trust between employers and intermittent workers ”, confirms Jean-Yves, intermittent lyric artist. “The contracts for which I have been” booked “can therefore be completely skipped. But I am privileged. My birthday is in September and I have already completed 500 or 600 hours. The real problem is for seasonal workers and those whose upstream work, such as rehearsals, is not paid. Some are paid only by the service ”, explains the sexagenarian.

This is the case of Fred, an actor, of whom seven “cachets” (fixed-term contract) jumped: “These were theatrical performances in companies and high schools, sometimes in places of less than 1,000 people. It’s overprecaution. How is it more dangerous to go to a theater than on the metro? This is a way for the government to say “we take care of everything”, without getting too wet. Because a theater that stops, it doesn’t move anyone. A supermarket that closes makes everyone moan. ”

The world of entertainment that is idling, and it is revenues that plunge, without delay. “Canceled or unsigned contracts are an immediate shortfall”, reminds Ghislain Gauthier of the CGT. Living on your benefits is living worse. “We forget that the compensation is often much lower than the salary received while working, reminds Florian. On average, musicians artists are compensated around 52 euros per day not worked, half less than when I work. ”

To compensate for this shortfall, the CGT spectacle asked the government “An emergency compensation fund to safeguard employment”. “We would also like new rules, such as authorizing the opening of rights from 400 hours of work instead of 507, or an exceptional extension of the status of intermittent workers”, details Ghislain Gauthier.

Contacted by Release, the Ministry of Culture ensures regular meetings with professionals in the sector and unions. “We are at the stage of data and figures feedback”, indicates the Rue de Valois, also struck by a certain artistic vagueness. About 60 people gathered this Thursday, in front of the Palais-Royal, in Paris, to denounce their situation, indicates the CGT show. “Too little for our taste”, regrets Denis Gravouil, secretary general of the federation. Almost as many demonstrators mobilized the same day in front of all the regional directorates of cultural affairs (Drac) of France, according to the union.

The Xsolla Carnival Game Developers is a virtual event for developers