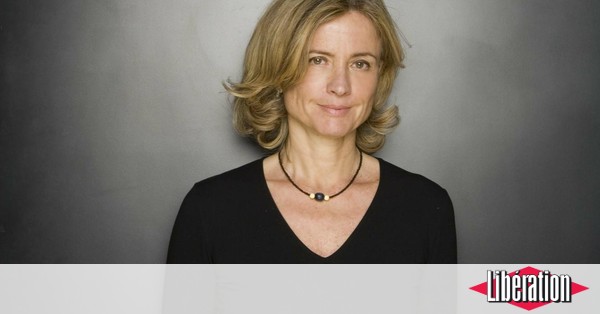 If we manage to survive, the problem in Italy will be to understand if couples, with or without children, single women and men, will resist locking themselves in their house, if they will manage to stay together, to enjoy again of the reciprocal company or of the solitude chosen, after a forced and uninterrupted conviviality of a whole month. The government decree says that we can go out for a walk, but only with those who already live with us, no friends, not even visits to relatives who live in other houses. Only close family, or nobody if we are alone. No cinemas, no theaters, no concerts, museums, restaurants, offices, schools, universities. Only a family member can go shopping. In front of the supermarkets, there are silent queues of people wearing the mask, each person must be 1 meter away from another, who is waiting for someone to leave before they can enter. Same thing in front of pharmacies. In the street, we swerve when we meet another passerby.

Many of us have thought of Decameron of Boccaccio. Around the year 1350, fleeing the plague, a group of young people, seven women and three men, took refuge outside the walls of Florence, and, to pass the time, tell each other news, substitute an imagined world for the real world, in falling apart. Others reread Plague by Albert Camus or the pages of Engaged by Alessandro Manzoni who describe another epidemic of plague, that of 1630, during which all the nobles who could do so fled Milan, as has happened these days, as soon as the city was classified “zone red”. As if we could flee without bringing damage to the places where we take refuge, or by considering that the fate of the others is indifferent to us.

Journalists write that we should not complain and remind us of what our parents suffered during the war. Others accuse young people of not following the rules because they go out on Saturday nights, are not afraid, are young and think the old are the only ones who will get sick. An elderly Italian actor asked them if it was fair to kill all the grandfathers at the same time. We would like a poet to come home to tell us stories, and to entertain our children. The Internet has never been more important. Online chats between friends, sisters, family members are very popular. In the days leading up to the end of everything, there were thousands of gifs and funny images about the virus, hilarious videos from old movies. Now the atmosphere is heavier, we remain in silence – with the order intimated by the government: do not move! It sounds easy. In one of the funny posts circulating, we read: “It doesn’t happen every day to save Italy by staying in your pajamas.” We laugh – but yellow.

The moment of truth has arrived, for couples who do not support each other, for those who say they love each other, those who have lived together for a lifetime, those who have loved each other for a short time, those who have chosen to live alone because of a taste for freedom or because they had no other choice, for children who no longer have school, for young people who want to but cannot meet … We are all called to invent ourselves a new life, to feel close even if we are far away, to settle our accounts with a feeling that we avoid at all costs: boredom. And the slowness too, the silence, the empty hours – or full of the cries of children locked up at home. We have before us the life we ​​have chosen for ourselves, or that fate has given us, our “home” – not that of illness but that which we have built over the years. I would call this a test of truth. These days, what wins is also virtual life, since we cannot touch each other. Movies on TV, series, Netflix, Amazon, Google … We spend even more hours in front of our computers, or heads leaning on our laptops.

But from time to time, we saturate, we can’t take it anymore, we raise our heads and we discover a lot of things. The son who was thought to be still a child became a young man, and we did not realize it; he said to us, smiling: “Now you have to stay with us, huh?” We frantically clean the houses, we clean the fridge, we put the books in order – then we take a break, and we notice that in the courtyard the cherry tree is in bloom, we stay half an hour to look at it and one has the impression that one had never seen it. We compulsively send messages so as not to feel lonely, and a phone call can last half an hour, like when we were young and times were not those of today, that we made love on the phone. It also happens that a friend says to you: “Maybe tomorrow we can go for a walk together, keeping a distance, what do you think?” And the idea brings you a thrill of forbidden pleasure. We are living in different ways from the moments of our life, and it seems new to us because it is the same but reversed: the objects, the people have become visible, and the habit has dissipated, the“Stupid habit, as Proust calls it, which hides almost the whole universe ” (1).

Dear cousins, I sincerely hope that this does not happen to you, or, if it should happen, that it is an experience not to be forgotten. Tomorrow, when the door of the house reopens, we run to meet the fast time, fragments of things and people only touched, and dreams, art, will be the one and only overturned part of our life let us remember that another layer can cover the days and reveal them in good as in evil – once the void, boredom and fear are overcome.

Translated from the Italian by Robert Maggiori.

Coronavirus conference canceled due to … coronavirus

Best Europa League live streaming VPN: How to watch Manchester United, Wolves and Rangers tonight from anywhere in the world