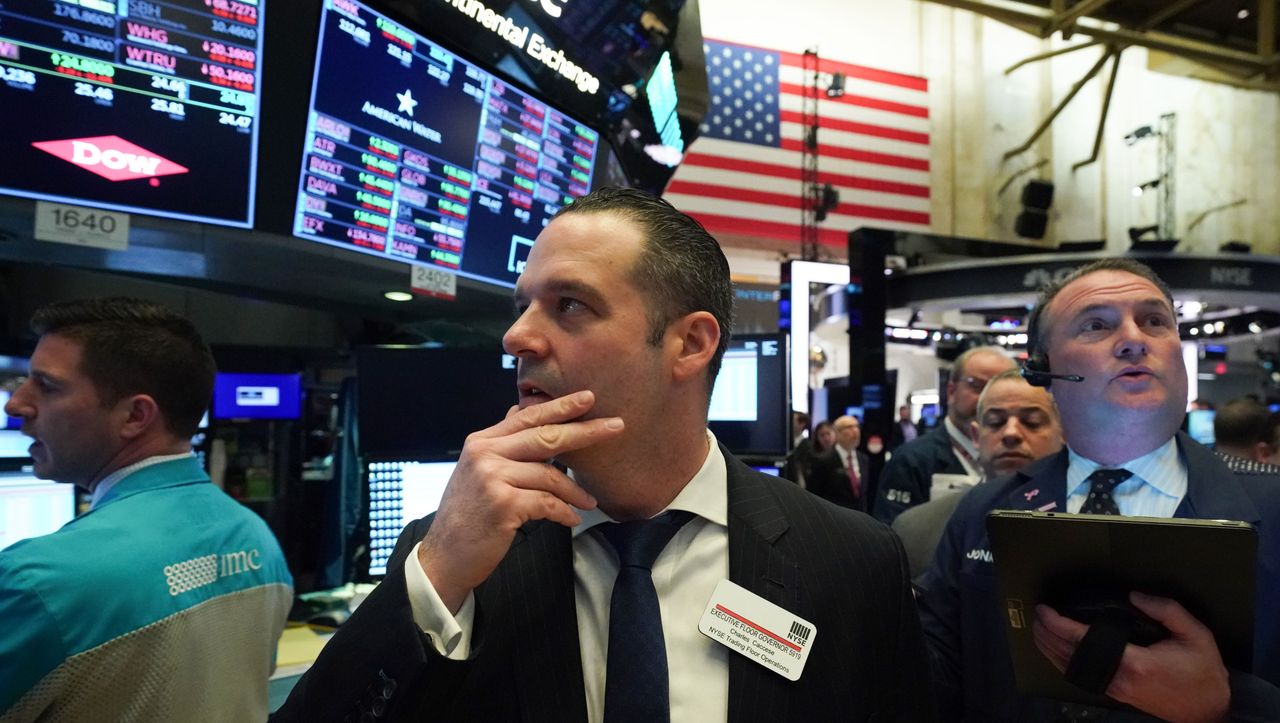 With his surprising entry stop for Europeans, US President Donald Trump sent Wall Street on another drastic downward slide on Thursday. The Dow Jones index of standard values ​​closed ten percent lower to 21,200 points. This is the biggest drop since “Black Monday” in 1987. The technology-heavy Nasdaq plunged 9.4 percent to 7201 points. The broad S&P 500 lost 9.5 percent to 2480 points.

During the course of trading, the US stock exchanges temporarily contained their massive price losses. The reason was the announcement by the New York branch of the US Federal Reserve (Fed) to launch new liquidity injections for banks. The currency watchdogs announced that they would launch fresh repo transactions.

Airlines were one of the biggest losers in the US stock market. American Airlines, Delta and United shares plummeted by up to 25 percent. The aircraft manufacturer Boeing, whose shares fell by 18 percent, also went down. The online travel agencies Expedia and Booking.com lost up to 15 percent. From Friday, no one is allowed to enter the USA from most European countries for 30 days. US citizens are exempt.

There were also double-digit percentage price losses on the Frankfurt stock market. In the end, the Dax closed with a minus of 12.42 percent: Today’s price drop on the Frankfurt Stock Exchange destroyed a lot of capital. Given the spread of the corona virus in Germany, investors apparently lack confidence in the company’s goodwill. They parted from stocks almost in a panic.

Oil and gold prices also fell sharply, while the dollar appreciated against all major currencies. As at the beginning of the week, investors fled investment forms perceived as safe, such as American and German government bonds. Worldwide, losses on the stock markets, according to the Reuters news agency, have totaled $ 18 trillion in the past few days – more than four times the German gross domestic product.

In Frankfurt the leading index Dax had already dropped by more than 500 points to below 10,000 points at the start of trading. During the course of the day he increased his minus and closed at only 9161 points. It is the second largest percentage daily loss in its more than 30-year history. Only in mid-October 1989 had there been an even higher minus when the Dax went down on Wall Street after “Black Friday”. The MDax of medium-sized values ​​lost 10.91 percent to 20,168 points.

In Frankfurt, the panic led to the trading day with the highest turnover since the turmoil of the financial crisis in autumn 2008. In total, shares in the leading German index changed in volume of 12.9 billion euros.

There are various reasons for the historic fall in the Dax price: the USA had imposed an entry stop for almost all Europeans during the night, Italy closed all stores except pharmacies and supermarkets to master the virus crisis. In addition, the European Central Bank made little contribution to calming the crisis at midday from the perspective of many investors.

Europe’s monetary authorities have announced a comprehensive package of measures amounting to 120 billion euros against the economic consequences of the corona virus crisis, but it is much smaller than many investors have thought. However, the decision of the ECB to leave the key interest rate for supplying the institutes with money at 0.0 percent was particularly critical. In the United States, on the other hand, the Federal Reserve cut its key interest rate significantly by half a percentage point.

Bank stocks in particular were therefore under pressure on the stock exchange. Deutsche Bank’s share certificates cost less than five euros for the first time. The stocks slide by 16.5 percent to a record low of EUR 4.99. In the first weeks of the year they had risen significantly and in mid-February they had broken the ten euro mark for the first time in one and a half years.

Across Europe, the EuroStoxx 50, the leading index of the euro zone, fell by more than twelve percent. Paris also saw a similar downturn, while the British FTSE 100 lost almost eleven percent. The Milan stock exchange plummeted 17 percent and the Madrid stock market about 14 percent.

Johnson: Many more people will lose loved ones because of coronavirus | World news