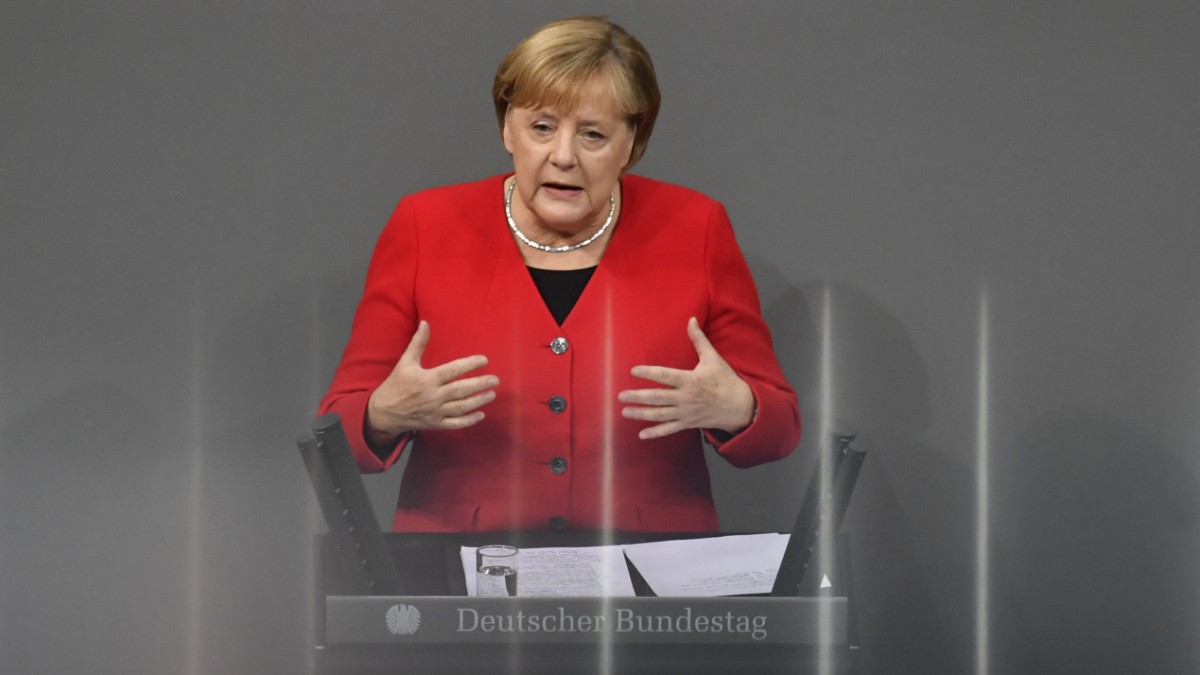 The crisis talks between the Union and the SPD continued until after midnight. Now Chancellor Merkel comes before the members of the Bundestag. Follow the government statement in the livestream.

Chancellor Angela Merkel makes a government statement in the Bundestag to combat the corona pandemic in Germany and Europe. The whole country will be put to the test as it has not existed since World War II and the founding years of the Federal Republic, said Merkel. There is no historical model for the measures taken by the federal and state governments in recent weeks.

Everyone had to adapt their lives to the new conditions in the pandemic. Even if nobody hears it, be it the truth: you are not at the end of the pandemic, but only at the beginning. “We will have to live with this virus for a long time.” Regarding the restriction of various basic rights to protect against the spread of the virus, Merkel said: “This pandemic is an imposition for democracy.”

Parliament also plans to appoint the members of the new German Ethics Council. Because of the corona pandemic, the Bundestag meets again this week with restrictions. The day of the meeting on Friday tomorrow is canceled.

Previously, the parties to the grand coalition had agreed on various measures in the Corona crisis at a meeting that ended after midnight. The massive consequences of the Corona crisis are to be mitigated with new aid worth billions for employees, restaurants, companies and schools. Short-time work benefits are to be increased in order to compensate for loss of income, especially for low-wage earners. At the same time, the duration of the unemployment benefit is extended. The restaurants that are particularly hard hit by the crisis are getting tax relief.

Coronavirus: Your opinion on the loosening:Readers’ discussion