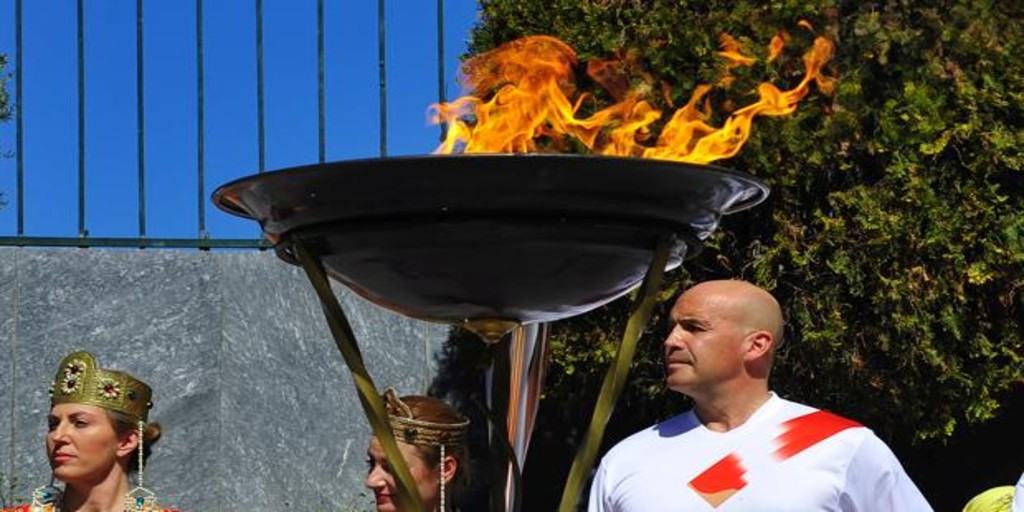 The Olympic flame is already lit, almost without witnesses, the ritual forced by this virus that controls everything. A trip from Greece to Tokyo begins accompanied by the illusion of the athletes, who do not even know if they will reach the goal intact. The Covid-19 breaks routines and preparations in these troubled days; uncertainty has settled in swimming pools, tatami mats and courts. A very difficult opponent to win; it’s four years of dreams for a date that is reeling. Or not. And there is the enemy.

All sports activity has been suspended, hundreds of tournaments canceled or postponed. Athletes cannot get rid of what will happen tomorrow. If they will arrive on time, or in the best shape, those who have not yet classified; if there will be an olympic event. Today everything is turned upside down, without activity in the coming weeks, without a quick solution being seen. “No one tells us what will happen in two months. We need global information. Until now we kept the tension on target, but if it’s in the air it’s hard to stay alert. It’s not in your hands and it breaks your head just design the next fifteen days, “he accepts Miguel Garcia, national canoeing coach.

Tokyo 2020, in addition, has already put on the table of debate that the Games could be delayed, canceled or lead to 2022. Few want to think about that possibility. It’s crazy. It’s too premature to think about it. When we go into May we will see how the situation has changed. A two-year cancellation, bufff, greatly disrupts everything we have planned in this Olympic cycle, and for the future, “he explains. Damián QuinteroLike Sandra Sánchez, because her discipline, karate, will only be Olympic in Tokyo.

“Being told that there is a possibility that there will be no Games is disappointing and frustrating. They are four years of work “, summarizes Héctor Cabrera, Paralympic Javelin Thrower. And how do you train each day with this frustration? “For athletes who have the Games as a reference it would be an incredible disorder. In others, such as soccer or goal or paddle tennis, it does not influence as much because they will have other great tournaments later. Each one will take it in a certain way and it is very difficult to generalize, but we will have to be there to cope with the emotional charge, try to lift them, convey that it would be a nuisance, but that they must be prepared for everything and there will be another competition, “he says. Óscar del Río, sports psychologist.

“It is reflected as frustration and managing it is one of life’s challenges. They cannot avoid it, but they can learn to manage it and overcome it. It’s about working out frustration to turn it into resilience. It is activated when personal wishes or expectations are not met. It can be done in two ways: blaming others, having toxic behaviors with others, such as anger, answering poorly, skipping healthy habits, or routines. This is the path of worry and its consequences. On the other hand there is the occupation of what depends on not. And it is self-care. You have to have your emotional kit to turn to whenever you need it, “he explains. Yolanda Cuevas, health and sports psychologist.

Cuevas and Del Río stress that acceptance must be worked on. «Motivation and continuing with the same discipline and attitude is complicated because what you have been working on for three years. The day to day of your life is that and now it is in the air; It is complicated and hard, but you have to try to look further. Why sports are not mathematicsDel Río continues. «In the athlete’s mind there were dates that are not being met now. The mental scene changes and we must restructure again. Focus the brain on what is done today and not anticipate. Activate the interior monologue that transmits calm, security, confidence, and does not generate toxic conversations with colleagues or family. Many can suffer anxiety and it manifests itself, for example, by tightening their muscles, which increases the risk of injury. The uneasiness does not favor the reconciliation of sleep or rest either, ”continues Cuevas.

So assume Javier Gómez Noya, who already ran out of Rio 2016 due to a fortuitous injury a few days before traveling. «I face it calmly because it does not depend on us. We have to continue the preparation. Sport has its high and low moments and you have to know how to fit them. My wish, more than my feeling, is that they are going to play normal. If not, we will adapt.

Success and failure in the same currency

García also highlights it: «You have to be professionals more than ever. If you have to change the protocol and train differently, you have to accept it. We will reinvent ourselves ». “Athletes are more accustomed to that success and failure are part of the competition; they face better that there is a defeat and that things don’t always work out, ”continues Del Río. «Confidence, tolerance to difficulties, pain or failure and the regulation of emotional states are characteristics that distinguish high-performance athletes. Frustration tolerance is a guarantee of sports success. They must work a mental fortress that avoids being kidnapped in swirling thoughts and emotions. Connecting with what does not depend on you does not exist », confirms Cuevas.

To the present they cling Quintero, Cabrera or María López García, Hockey player. The Spanish Olympic and Paralympic Committees send the message that they will follow the guidelines of the international organization, and of the health authorities. Until they say something else, Games in shape and date. «We must wait for the final. And think about the health of everyone. Sport is secondary. If you have to stop the virus like this, then», Indicates Cabrera. So they appeal to responsibility. We must continue thinking that they will be this summer. The first thing is health. Yes all we are responsible we will pass this before and perhaps the Games do not have to be modified», Ditch López.

Seamus O’Regan is negative for COVID-19