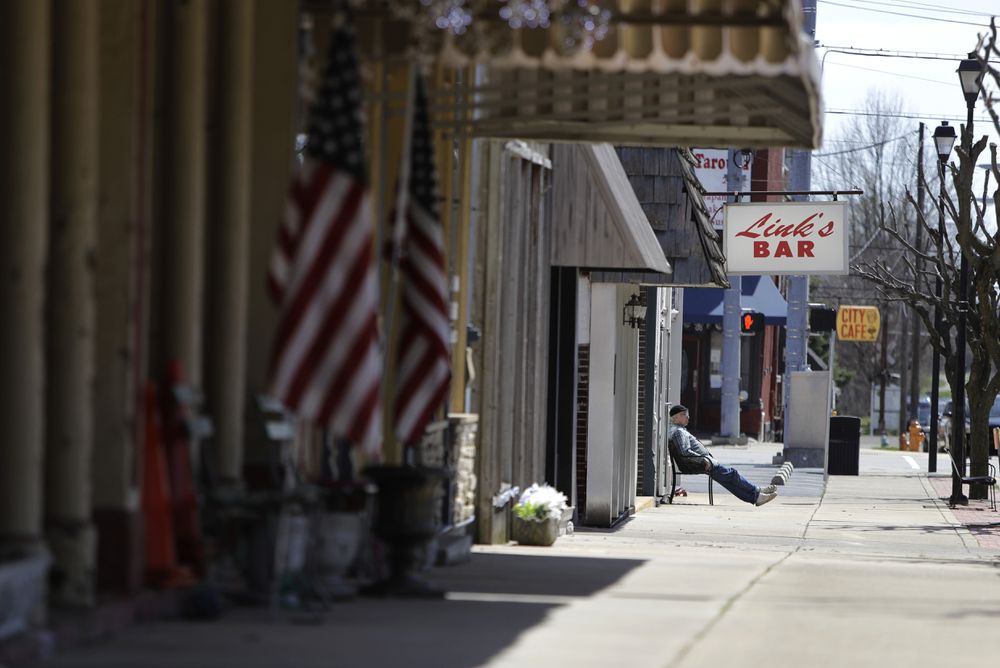 Quarantine, stranger. And if you do not want to do it the good way, someone may decide to impose the measure for you the bad way, for fear that you will take the coronavirus to their territory. That, according to Sheriff County of Knox County, Maine, is the idea that led residents of Vinalhaven Island to cut down a tree and cross it in the middle of the street to prevent three New Jersey residents from moving away from the house they lived in rented from September. On Friday, March 27, mid-afternoon, one of the outsiders left his residence to try to find out why cable television was not working. But he found that Cripple Creek Street was cut by a huge log pierced from side to side.

“When he approached the fallen tree, a neighbor began to yell at him and a group of people began to gather around him,” explains the Sheriff it’s a statement. “Several people with weapons had cut down a tree and were telling them they had to be quarantined.”

The stranger returned to his residence and told what happened to his roommates. They called the coast guard, according to the Sheriff, and they used a drone to control the group until the police came to help them. They had no Covid-19 symptoms. They had been on the island for 30 days and therefore did not fall under the authorities’ recommendations to quarantine if they had passed through the New York City catchment area, which includes a small part of New Jersey. But the license plate on his car was enough for neighbors to decide to force them to lock themselves up rather than risk the coronavirus spreading across their island.

They are not the only ones who have decided to take action. Although increasingly widespread, the pandemic affects the vast geography of the country in a very unequal way, hitting with great force in urban areas and, particularly, in New York City. Thus, although visitors are often the main driver of their economies, many rural communities with no confirmed cases are taking steps to ask outsiders to stay out.

On Cape Cod, a peninsula in eastern Massachusetts that is famous for housing the famous Kennedy dynasty property, more than 12,000 residents have signed a petition for authorities to block non-residents from crossing the two bridges that give access to the zone. Massachusetts authorities have said in a statement that they will not close the bridges, but illuminated signs all over the highway ask outsiders to undergo a 14-day quarantine.

Other local authorities have been more expeditious. In Rensselaer County, upstate New York, they asked Governor Andrew Cuomo to ban any non-essential travel from New York City. In response to the governor’s denial, on March 27, the county’s director of public health, Mary Fran Wachunas, signed a decree requiring “anyone who seeks to enter county limits” from New York City. and other localities especially hit by the coronavirus to report their intentions to the local authorities, before having any contact within two meters with anyone, and “placing themselves in a 14-day quarantine.” They didn’t go as far as a neighbor asking, on the county’s Facebook page, “to deploy to the National Guard on the damn Hudson River.”

Tourist towns across the country are asking outsiders not to go. Visitors have been banned from the Florida Keys. Also on the Outer Banks in North Carolina, where the ban on access extends to even second-home owners on-site. During the pandemic, the federal government publishes guidelines, but it is the governors who decide the measures that are adopted in each State to prevent the virus from spreading.

The right to travel is not included in the Constitution, but in the past it has been invoked by judges to repeal laws that restricted movement, such as those passed in California during the great Dust Bowl droughts in the 1930s. But the speed with which the pandemic progresses makes the possibility of going to court unserious.

Today, the United States is the country with the most cases of Covid-19 in the world. There are few regions in which the arrival of the coronavirus has not been confirmed. As much as those erected as local vigilantes cut roads with fallen trees. “This is not the time to develop our mind against them,” said Maine Rep. Genevieve McDonald on Facebook. “Attacking people for their car registration won’t do us any good.”

Information about the coronavirus

– Guide to action against the disease

– If you have symptoms, these are the phones that have been enabled in each community

Due to the exceptional circumstances, EL PAÍS is offering all its digital content for free. Information regarding the coronavirus will remain open as long as the severity of the crisis persists.

Dozens of journalists work tirelessly to bring you the most rigorous coverage and fulfill their public service mission. If you want to support our journalism you can do it here for 1 Euro the first month (from June 10 euros). Subscribe to the facts.

Handball Bundesliga: the season is about to be canceled – sport