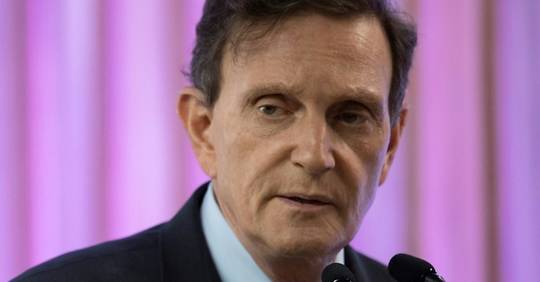 According to the mayor of this Brazilian metropolis, Marcelo Crivella, these measures will come into force on Monday.

The governor of the State of Rio, Wilson Witzel, announced for his part in a video “the suspension for fifteen days of events and activities, including those which have already been authorized, implying groupings of people, such as the events sports, shows, fairs, scientific events, political meetings or demonstrations in open or closed places “.

Visits to the visiting rooms of the prisons are also suspended.

In the State of Rio, the closing of classes will be fifteen days, against seven days in the city of Rio.

“The virus spreads very quickly when there are rallies. By avoiding rallies, we will avoid an acute crisis and we will have the conditions to care for those who are infected,” said Wilson Witzel.

According to the latest report from the health authorities, Brazil, a huge country of 210 million inhabitants, now has 98 cases of Covid-19, but no deaths.

The majority of these cases are concentrated in the states of Sao Paulo (56) and Rio (16).

The coronavirus has killed more than 5,300 people worldwide, according to a report established by AFP from official sources Friday at 5:00 p.m. GMT.