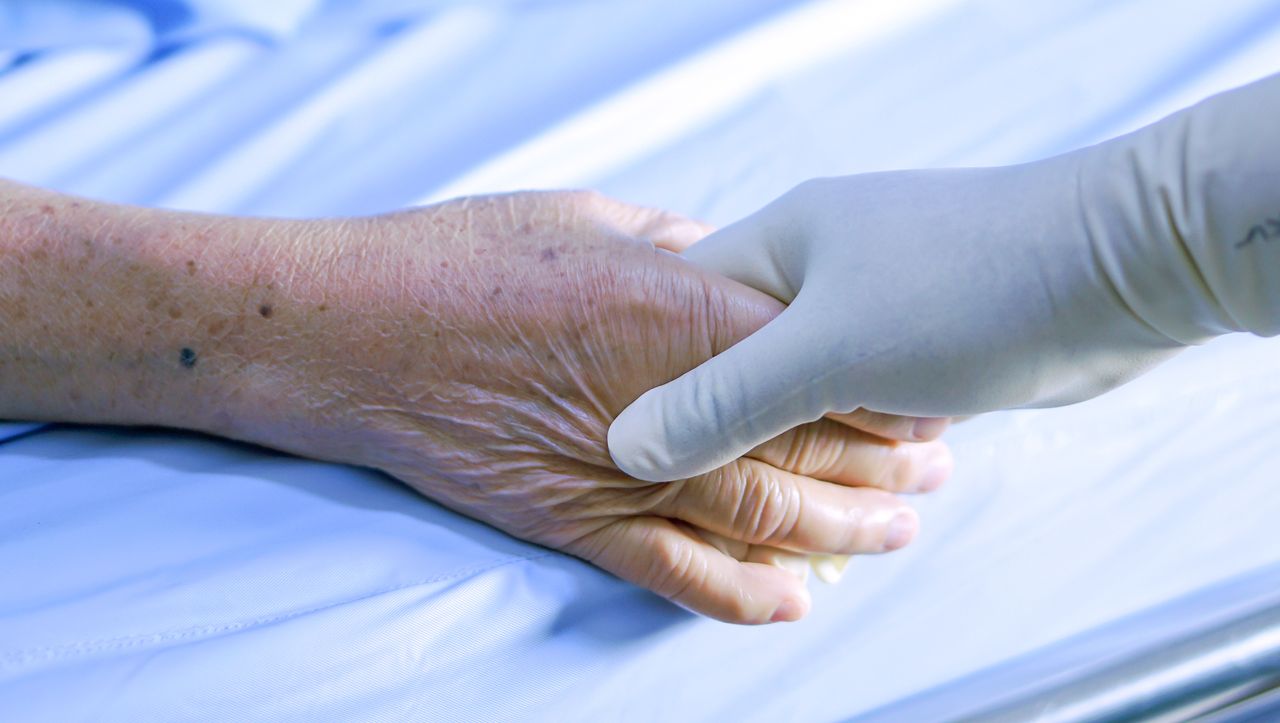 According to current knowledge, around four out of five infections with the novel corona virus are mild. However, this also means that one in five people are at risk of developing a severe disease, usually pneumonia occurs, and in some cases Covid-19 leads to death. There are no reliable numbers about the death rate yet, scientists currently assume that the mortality rate is higher than that of the flu.

Already at the beginning of the epidemic it was shown that some risk groups are particularly at risk: especially the elderly and people with previous illnesses. Experts are now calling for special protection in order to avoid a high death rate in Germany and not to overload the healthcare system. “If you don’t take this seriously, you have to assume that the risk groups will have death rates in the range of 20 to 25 percent,” said virologist Christian Drosten of the Berlin Charité the NDR.

How much does Covid-19 threaten your own health? And what is necessary to protect yourself and others? The most important questions and answers at a glance.

Who belongs to the risk group at all?

Most information about Covid-19 is based on experience from China. Scientists have analyzed the data from the first around a thousand deaths there. This increases the risk of a severe course of the disease from the age of 50 steadily on, people over the age of 80 are particularly at risk. This is mainly due to the fact that in older people the immune system no longer reacts so well to pathogens. Since there are no drugs to treat Covid-19, doctors can only treat the symptoms, and the immune system has to fight with the disease itself.

Corona virus: Coronaviruses are a family of viruses that also include the currently raging corona virus. Since it initially had no name, it was spoken of as a “new type of corona virus” in the first few weeks.

Sars-CoV-2: The WHO gave the novel coronavirus the name “Sars-CoV-2” (‘Severe Acute Respiratory Syndrome’-Coronavirus-2). By the term is meant the virus that can cause symptoms but does not have to.

Also at risk are people whose bodies are affected by Underlying disease is weakened, such as cardiovascular disease, diabetes, a respiratory disease or cancer. For them, Covid-19 often seems to be difficult regardless of age. If several things come together, i.e. older people have an underlying illness or people have several chronic illnesses, the risk is statistically even higher.

There are also indications that this gender could play a role. According to the first figures, an infection is more dangerous for men than for women. The reason for this is unclear, said RKI boss Lothar Wieler at a press conference. “Nobody knows that. It can also be a distortion.”

Pregnant women and children on the other hand, according to what you know so far, Not to the people at risk. There is also no evidence of an increased risk for unborn babies during pregnancy, Drosten told the NDR. “It doesn’t look like the virus is multiplying in the blood – and that would be necessary to spread to the child.”

What can others do to protect people at risk?

“Most do not understand that they are at risk,” says the virologist Drosten. “They hear the news and are already dealing with the topic of corona virus, but they don’t relate to it at all.” So now it’s important to talk to parents or grandparents and convey the seriousness of the situation to them.

“But that also means that everyone has to change their behavior now,” says Drosten. “The children should no longer be given to grandma and grandpa for childcare until September and October.” Furthermore, one should try purchases for grandparents or parents so that they no longer have to go to the supermarket. “It is a service that is painful and uncomfortable for everyone.”

employer should, if possible, enable the chronically ill to work from home and routinely clean the work environment. If employees travel on business trips, it makes sense to advise them on respiratory and hand hygiene.

If you want to protect people from risk groups, you should also do one thing: reduce your own risk of becoming infected. Because even people with few complaints can infect others and thereby contribute to the spread of the pathogen.

In the meantime, experts no longer assume that the corona virus can still be suppressed in Germany. However, the goal is to slow the spread as much as possible so that not everyone falls ill at the same time and that a bed in an intensive care unit is free for every critically ill person.

I consent to the display of external content. This enables personal data to be transmitted to third-party platforms.

This can every single one by doing without major events such as a concert or taking the bike instead of getting on the crowded bus. “The more people adhere to certain rules, the more difficult it is for the coronavirus to spread,” said Lothar Wieler, President of the Robert Koch Institute.

What can vulnerable people do to protect themselves?

Those who are among the groups at risk should reduce their risk of developing the disease as much as possible. This includes avoiding crowds and canceling trips. At the end of February, RKI boss Wieler called on older people to only go shopping once a week. Contacts with other people should always be minimized.

“The risk groups themselves have to understand that they have to take this seriously,” says Drosten. “The social life has to stop for a few months now, including rifle celebrations and soccer games.”

If you can’t avoid meeting other people, protect general rules from infections – no matter whether with the corona virus or the equally dangerous flu:

Apart from that, Health Minister Jens Spahn (CDU) called on everyone over the age of 60 to be vaccinated against pneumococci. The vaccination does not protect against the coronavirus, but against bacteria, which also lead to pneumonia. This reduces the risk of both infections occurring in parallel.

Vulnerable people should also look inform about the diseaseto recognize early signs – and take even minor complaints seriously. If the immune system is weakened, the first signs of an infection such as fever are often weaker, since they do not arise from the infection itself, but from the body’s immune response. The Robert Koch Institute warns that there is therefore a risk that older patients will only go to the doctor later.

To the first signs of Sars-CoV-2 infection belong:

Since the symptoms are very similar to those of a cold or flu, it is also important to question how likely a Sars-CoV-2 infection is: have I been in a risk area? Did I have contact with an infected person? The authorities ask not to go to the doctor with every sore throat, but only if an infection is realistic. If you suspect that you have become infected, you should also contact his family doctor by phone, and not just go into practice so as not to endanger anyone else.

Coronavirus: If you were at these shows, call ARS Centro | Coronavirus

Banned in the Middle East because of an LGBT figure