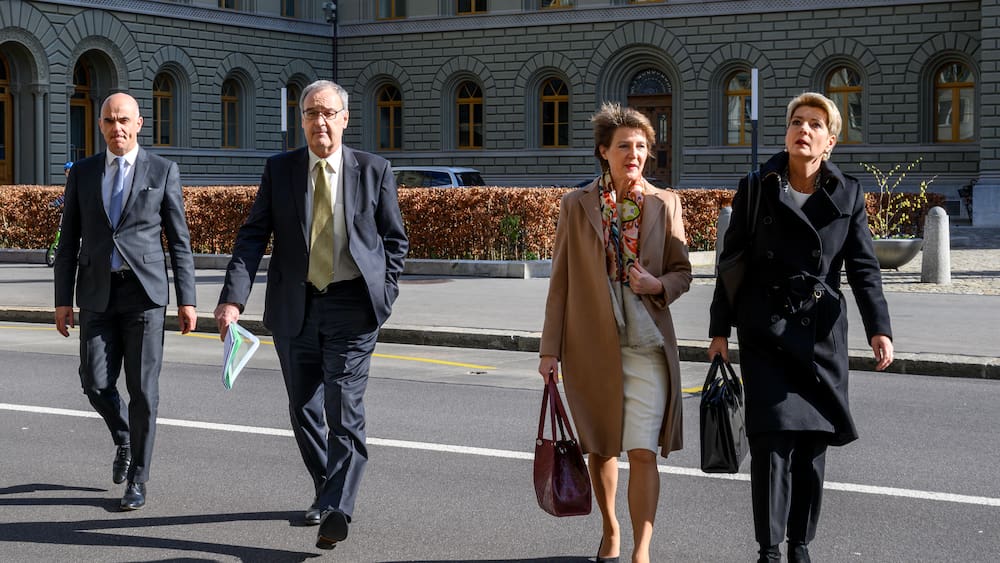 It has been a long day for the Federal Council: after its regular meeting this Wednesday afternoon, there is an exam: the topic is the corona crisis. The state government will have to answer various questions.

Are the corona measures successful?

On Wednesday morning, 22,789 cases were found in Switzerland and the Principality of Liechtenstein, the Federal Office of Public Health (BAG) writes. That is 266 cases per hundred thousand inhabitants – one of the highest values ​​in all of Europe. Because not every suspected case is tested, there should be a high number of unreported cases.

“The implementation of the measures, the behavior of the population, has certainly ensured that the number of cases no longer increases exponentially,” said Daniel Koch (64) from the BAG. In fact, the curve is flattening a bit at the moment: in the past few weeks there have been around a thousand new cases every day, on Wednesday for the third time in a row there were less than 600 newly infected people.

Can you already relax the corona measures?

It is questionable whether the flattening curve is sufficient to loosen the measures. One is “at most in half,” says Koch at a media conference on Tuesday. In order for the measures to be relaxed, various factors have to be right, explained “Mister Corona”: “There is no fixed threshold.” One would look at the new infections, the hospitalization rate, the occupancy in the intensive care units or the Sentinella reporting system. “We try to make an assessment out of all these elements.”

How could the measures be relaxed?

The measures are likely to be eased gradually. BLICK presented a possible scenario, according to which the schools will at least partially reopen in the first phase, followed by other shops, restaurants, hairdressers and only afterwards major events such as football games.

At the same time, various accompanying measures should be ordered or recommended to prevent a second wave of infections. This may include more corona tests, new antibody tests that show if someone has already been infected and is now immune, or an app to track the chain of infection.

One thing is clear: the Federal Council is also concerned with possible scenarios. It is still unclear whether he will provide information about his plan today.

How is the economy doing?

The expert group of the State Secretariat for Economic Affairs (Seco) estimates that gross domestic product will shrink by 1.3 percent this year. In its last assessment last December, it had expected growth of 1.7 percent. According to the forecast, Switzerland is therefore falling into a recession.

However, the number of unemployed rose by 23,283 in March to 2.9 percent, and on April 6, over a quarter of the workforce worked short-time, which means that the federal government took on part of the wages while the employees worked less.

The Federal Council helped relatively quickly: Just a few days after the shops closed, Finance Minister Ueli Maurer (69) announced an emergency package with emergency loans for small and medium-sized companies, now worth CHF 40 billion. The opportunity for short-time work was expanded and money was also spoken for cultural and sporting activities.

But there are still companies that do not get help even though they need it. For example, for entrepreneurs who have to leave their business open in accordance with the Federal Council’s decision, but who hardly have any more customers. The Federal Council will probably also be discussing this today.