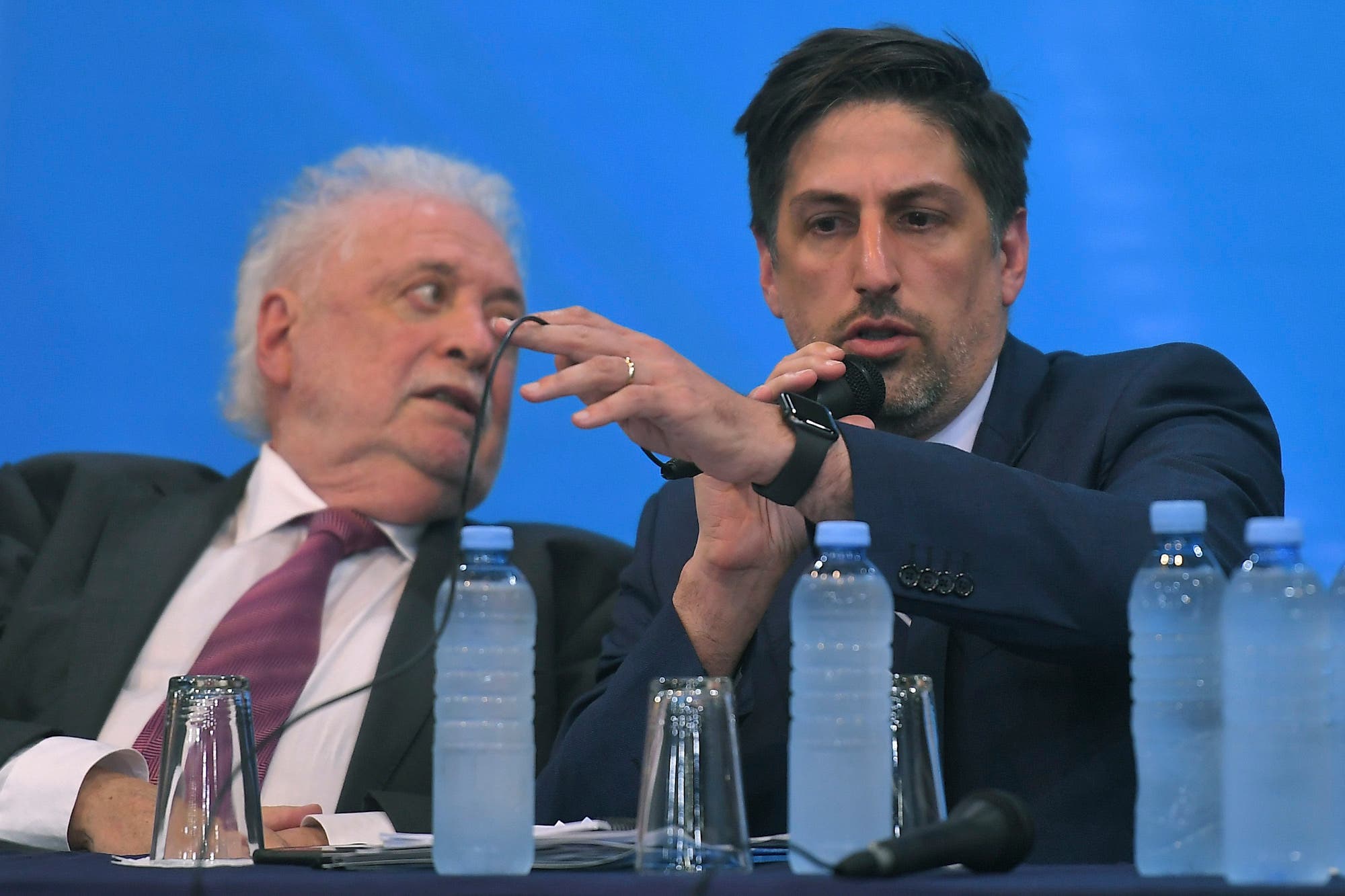 After a new meeting of the inter-ministerial and expert committee, created to coordinate the monitoring of the progress of the

, the Government resolved yesterday to order the continuity of classes at all educational levels. The decision was accompanied by all the provinces, with the exception of Jujuy, where classes were suspended for two weeks. There will also be no classes in Misiones, but due to the spread of dengue.

“From the control of the epidemic, at this stage, the closing of schools could be counterproductive,” said the Minister of Health,

, in a post-meeting conference, which he led

, in the Eva Perón Room of the Casa Rosada.

“It has a very large social impact and it does not have a considerable impact on health. Boys are not a vulnerable group. And if they do not go to school they are elsewhere and the risk for adults increases,” said the minister, accompanied by the Minister of Transportation, Mario Meoni, and by two specialists who make up the committee: Angela Gentile, head of the Epidemiology Department of the Ricardo Gutierrez Children’s Hospital, and the infectious medicine doctor Eduardo López.

At a press conference, the minister reviewed the measures taken by the Government regarding the pandemic and stressed that the decision “with the most consensus” was not to close educational establishments. According to what they told

For some of the participants in the meeting, consensus was not automatic. The possibility of suspending classes was discussed, but the decision to leave that measure for another stage of the epidemic prevailed.

The decision to continue the school year was ratified in the afternoon, after a meeting of the Federal Council of Education, led by the Minister of Education, Nicolás Trotta, at the headquarters of the ministry. Ministers from all districts, except Jujuy, attended this meeting. “We have built a consensus. There is unanimity not to interrupt classes,” said González García, at the conference he gave with Trotta, at the Sarmiento Palace.

Directors of the National Interuniversity Council (CIN), the Council of Rectors of Private Universities (CRUP) and representatives of the national teaching unions also participated.

The two ministers listed the rationale for the decision. First, they argued that “there is no specific risk” for the child population. Secondly, they affirmed that the suspension of classes may generate other risks, given that the children would be in contact with older adults who would take care of them. Ultimately, they stated that boys are education agents and that, based on the information they receive in schools, they can help change habits at home.

Simultaneously, it was agreed how to act in the event that suspicious cases are detected in schools. Suspecting a positive case, classes will be suspended in that course for two weeks. If a positive case of coronavirus is found, that school will be closed for 14 days.

At the conference on Education, González García and Trotta questioned the decision of the Jujuy government and the private institutions that announced the suspension of classes. “There is no reason from the epidemic point of view. We were not consulted. I found out together with you,” replied the Minister of Health, regarding Morales’ decision.

Trotta reinforced González García’s words and pointed to the Jujuy Minister of Education, Isolda Calsina. “We were talking with the minister, we spoke yesterday morning, I was going to come to today’s meeting and we found out through the media [de la suspensión]”, said.

The Morales government ratified the measure, with the conviction that it is time to take more drastic measures to contain the epidemic. “We do not agree with the rhythm that the measures are printing. You have to be forceful from now on,” they told

in the governor’s environment.

Provincial government sources explained that it will take two weeks to prepare the schools, provide them with gel alcohol and all the necessary elements, and to train the teaching staff. Once this period has expired, the Morales administration will decide if the conditions are in place to resume the school year. They also clarified that in these days a distance education system will be developed, so that students continue studying.

The decision to avoid the suspension of classes was shared by all those present, as reflected in the press conference. “It is a time of deep collaboration. The provinces do not have to make decisions alone. Panic leads to chaotic attitudes. Boys are the ones who take prevention measures to the home. They raise awareness and manage to change behavior,” said the Minister of Education. from Córdoba, Walter Grahovac. Also present were the Minister of Education of the City of Buenos Aires, Soledad Acuña; the General Director of Culture and Education of the province of Buenos Aires, Agustina Vila, and the General Director of Schools of Mendoza, José Thomas.