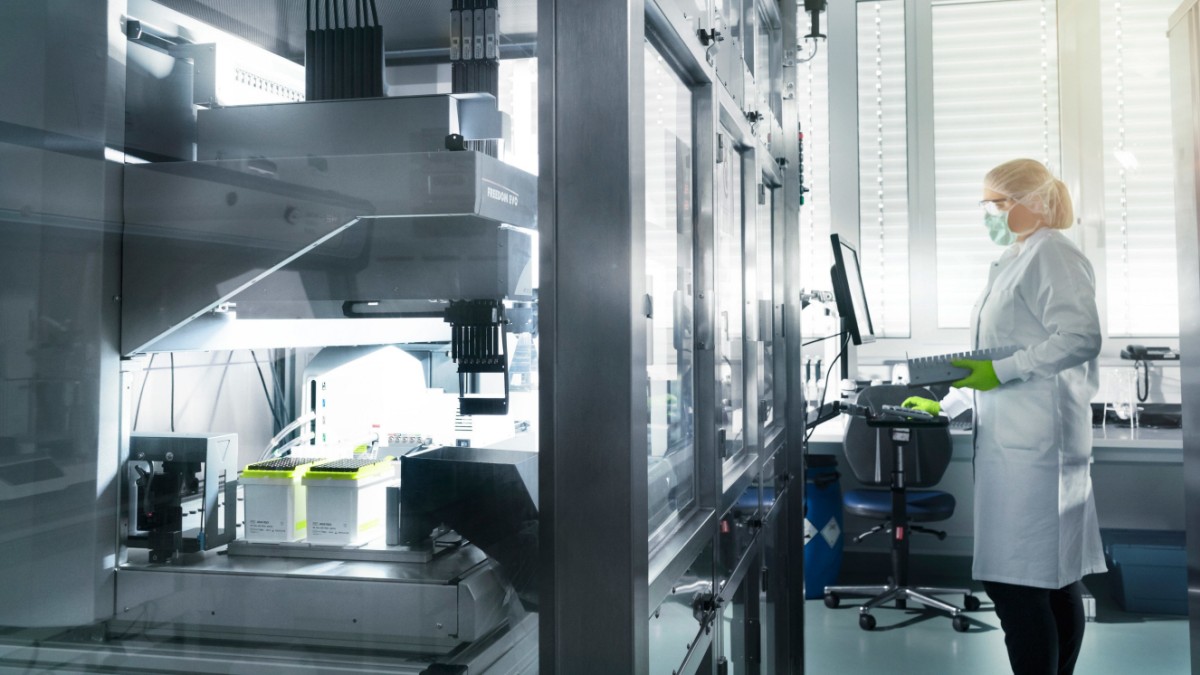 So far, hardly anyone knew the company from Mainz. Biontech is now the first German company to clinically test vaccine candidates against the coronavirus.

The share price is, at least for many investors, the measure of a company’s success. In the middle of the week, that of the Mainz-based biotechnology group Biontech on the US technology exchange Nasdaq rose to almost $ 56. That was an increase of more than 30 percent in a single day.

Biontech, so far largely unknown, is causing a sensation, because Mainz is the first German company to start clinical tests for four vaccine candidates against the coronavirus. Biontech develops, among other things, vaccines against cancer based on messenger ribonucleic acid. The vaccine against the virus is now based on the same technology. Biontech’s Corona range is called Lightspeed. According to the Association of Research-Based Pharmaceutical Companies, “at least 96 vaccine projects” have started worldwide since the beginning of the year. Only a few have made it into the clinical phase.

For Biontech, this is a great success in the tough business of biotechnology. Companies need a lot of time and a lot of money until the research results in products that then go through a long approval process. The failure rates are high. Now in the corona pandemic, companies like Biontech are hoping for immunity and healing. It was a long time before they made the headlines.

Biontech was founded in 2008 by the couple Ugur Sahin and Özlem Türeci and Christoph Huber. Everyone is still on board. Sahin is the chief executive officer, Türeci the chief medical officer on the executive board (as chief medical officer), Huber sits on the supervisory board. Sahin read in January, so he told it Manager magazine, in the British trade magazine Lancet for the first time about the unknown virus and the outbreak in the Chinese city of Wuhan. “Schools are tight in April,” Sahin said to his wife at the time. Then he was wrong, everything went faster.

With Biontech, on the other hand, he is successful. At that time, the money for the foundation came mainly from the twins Andreas and Thomas Strüngmann, 69. The founders and investors already knew each other from the Mainz company Ganymed. They also founded Sahin and Türeci, and the twins’ money was also in Ganymede. You know how pharma works. They are the founders of the generic drug manufacturer Hexal and, with the sale of their company to the Swiss pharmaceutical company Novartis in 2005, generated 5.6 billion euros. The twins do not want to let go of the drug business. In recent years, they have invested around 1.3 billion euros in biotechnology companies through their associated company Athos, and 250 million euros went to Biontech alone.

Biontech has been listed on the Nasdaq since October 2019. Athos boss Helmut Jeggle, he is also chief executive of Biontech, says the world, Germany can keep up with the international comparison in terms of research quality. But only in the USA are there such financing options and sufficient interest and understanding from investors who specialize in these very innovative technologies.

All reports on the current situation in Germany and worldwide as well as the most important news of the day – twice a day with SZ Espresso. Our Newsletter brings you up to date in the morning and evening. Free registration: sz.de/espresso. In our News app (download here) you can also use the espresso or breaking news Subscribe as a push message.

The market value has multiplied in the past few weeks

Biontech has not had a single drug on the market yet, but has ten product candidates in clinical trials. The vaccine candidates against Sars-CoV-2 are not included, the clinical studies are only just starting. The company employs a total of 1300 people. Biontech generated around EUR 109 million in the 2019 financial year. The losses totaled almost 180 million euros.

Biontech’s issue price was $ 15. That corresponded to a market capitalization of over three billion dollars. The company is now worth a good $ 12 billion on the stock exchange. It peaked in mid-March at almost $ 21 billion. It was then that Biontech announced that it was making rapid progress in developing a vaccine. Then Biontech announced the entry of the Chinese pharmaceutical company Fosun with less than one percent. The companies want to jointly conduct clinical studies for the corona vaccine in China and, if successful, Fosun can only sell the vaccine in China. There is also up to $ 135 million. Biontech opens up the rest of the world with the US company Pfizer, which also participates and Biontech initially pays $ 185 million, and if successful, up to $ 563 million will flow. The Strüngmann brothers still hold half of Biontech’s capital. They separated from their participation in Ganymed in 2016. The Japanese company Astellas paid a good 422 million euros for the whole company with the prospect of more if active ingredients were successful. Biontech is worth more today. The address in Mainz already fits: An der Goldgrube 12.

Are you required for a vaccination?:Readers’ discussion