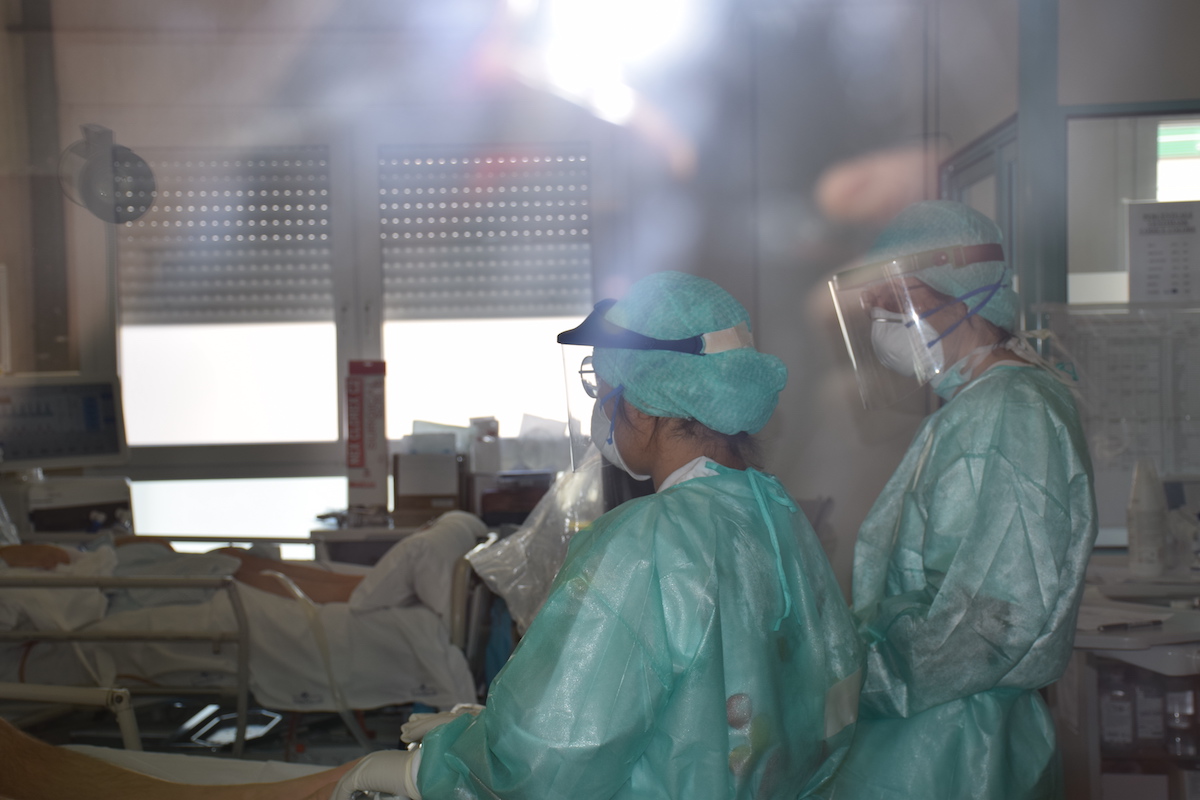 Four people died, six hospitalizations and 959 new positives at Covid. The bulletin with the update of the pandemic situation released by the health companies still gives us important numbers in the last 24 hours in province of Ferrara, even if the number of infections returns below one thousand for the first time after several days. Given the latter to keep an eye on in the near future to understand if the peak has already been exceeded and we have entered the descending phase.

Four people died in the Ferrara area, even if two of them are residents outside the province. I’m a 61-year-old woman from Ferrara expired at the Cona hospital, a 80-year-old man of Hundred who lost his life at the Delta hospital, a 83-year-old man from Pieve di Cento (Bologna) who was hospitalized in Cento and a 77-year-old man from Sala Bolognese who was hospitalized in Cona. Since the beginning of the pandemic in the provincial territory, 1,075 people have therefore died from causes related to Covid, of which 558 men and 517 women.

In the Covid departments ofCona hospital they are then registered 6 new hospitalizations (of which 1 in intensive care, transferred from non-intensive wards) in the face of 3 dimissionthe. Currently, 147 patients are hospitalized in the city hospital out of 154 beds available (14 in the 15 intensive care places). Complete the departments of the other Covid hospitals in the province, with 86 admitted to the Delta hospital and 40 to the Cent hospitalThe.

In home isolation others have entered 512 people and 477 left healed of the last 24 hours are instead 958.

The situation in Emilia-Romagna

Since the beginning of the epidemic from Coronavirus, in Emilia Romagna and 816,613 positive cases are registered, 11,189 more, out of a total of 38,705 swabs performed in the last 24 hours. The percentage of new positives on the number of tampons made is therefore of 28,9%, a non-indicative value of the general trend seen on number of swabs performed, which in holidays it is lower than on the other days and above all the molecular swabs are made primarily on cases for which a positive result is often expected.

This is the data communicated to the Ministry of Health, whose 1,429 new cases registered in Reggio Emilia must be added and province, which could not be loaded due to a detection problem. The data will be recovered in the next few days. The grand total today would therefore be 12,618 cases.

Patients currently hospitalized in the terapie intensive there are 149 in Emilia-Romagna (unchanged); the average age is 61.5 years. On the total, 95 are not vaccinated (zero vaccine doses received, mean age 60.5 years), the 63,7%, while 54 are vaccinated with a full cycle (mean age 63.2 years). A figure that must be related to the fact that people over 12 vaccinated with a full cycle in Emilia-Romagna exceed 3.6 million, about 300 thousand vaccinable people who have not yet vaccinated: the percentage of unvaccinated people admitted to intensive care is therefore very higher than those who have been vaccinated. Regarding patients hospitalized in the other Covid departments, I am 2.456 (+62), mean age 69.5 years.

Compared to the 16,408 new cases registered the previous day, and contagion register a -31,8%. The number of people admitted to Covid departments increases by2,6%, those of intensive care are unchanged.

Meanwhile, the anti-Covid vaccination campaign continues. The progressive count of the vaccine doses administered can be followed in real time on the portal of the Emilia-Romagna Region dedicated to the topic: https: // health.regione.emilia-romagna.it/anti-covid vaccine, which also indicates how many vaccination cycles have been completed and the additional doses administered. All information about the campaign: https://vaccinocovid.regione.emilia-romagna.it/

L’middle age of the new positives is 35,6 years.

Compared to what was communicated in recent days, 10 cases have been eliminated: 5 positive for the antigen test but not confirmed by molecular swab and 5 as judged not Covid-19 cases. Furthermore, following verification of the data communicated in the past days, 1 deceased from the province of Parma was eliminated and entered incorrectly.

Coronavirus – Corona pandemic is far from over, WHO chief warns – Belgium