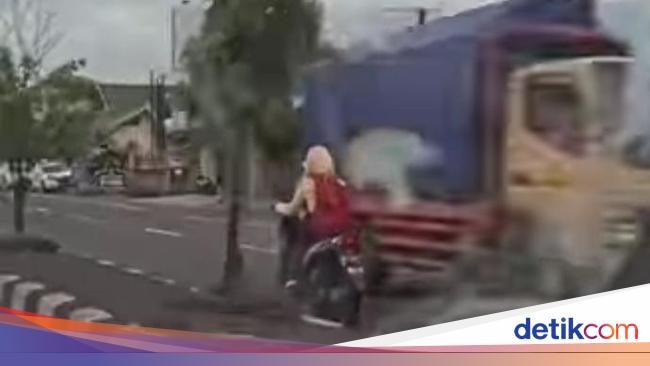 A student without a helmet riding a motorcycle leisurely on Jalan Yogyakarta-Solo, Prambanan District, Klaten, Central Java. He drove in the opposite direction between cars, trucks, and other vehicles. The video is circulating on social media. Police move.

Fadhlan explained, after the action against the tide went viral, Friday (21/1), the police immediately investigated. Officers contacted the uploader of the video and asked for a recording.

“We asked to send a recording, we did a profiling, there was no CCTV. We checked the type of clothes where he went to school, then narrowed it down to one school,” continued Fadhlan.

Once the school was closed, he explained, the team investigated the friends of the perpetrators and checked with the school administration section. “Putting down one name, it’s true that FN then we went to his house and we asked for information. We thank you for making it viral, finally we fostered it as well as its parents,” explained Fadhlan.

What is the reason the student is against the direction?

“He was confused (from the north), scared. He took shortcuts, wanted to fast, instead doing something very dangerous. If at that time there was a vehicle that was not ready, he could be hit by another vehicle or avoid it, it could also trigger an accident,” said Fadhlan.

The police decided not to arrest the perpetrator. Why?

“We apply a ticket, make a statement and provide guidance to his parents. The alleged article is Article 287 paragraph 1 of Law 22/2009 with a threat of 2 months imprisonment and/or a fine of Rp. 500,000,” said Fadhlan.

Fadhlan said the perpetrator was still a student and was a minor. This is a consideration for officers to provide guidance by bringing the perpetrator’s parents.

“But because we are underage, we do coaching at the same time (bringing in) their parents,” concluded Fadhlan.

This article was published in detikJateng. For information and news about Solo, Semarang, and areas in Central Java, click here.